What did we learn this week? – We’re on the highway to hell 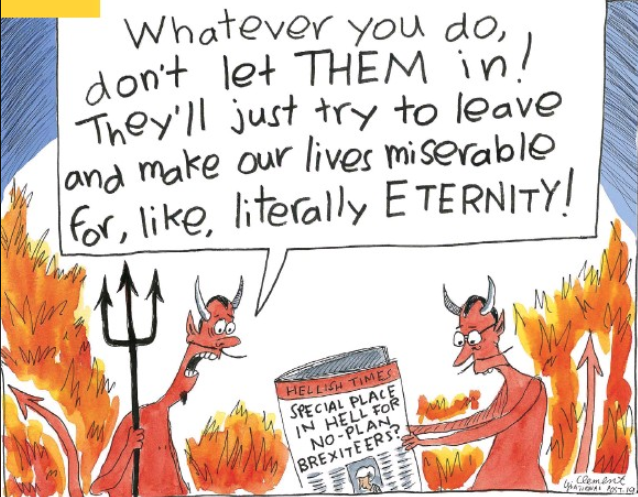 A review of the Forex trading week 8 February 2019

What a dour week that was! We’ve had to work hard for the pips this week eh? Central bankers may love the lower vol but it’s a pain in the bum for us traders.

I’ll write off USDJPY right now.  A 50-pip range for most of the week. Move on.

AUDUSD provided some early week moves. Slower retails had longs on the hop ahead of the RBA and then the market took the headlines a with a less neutral/more hawkish slant and AUD jumped from 0.7200 to the 0.7260’s. All was then well and good until more dovishly sounding RBA’s Lowe popped up with his fun popping pin to sink it all the way down to the low 0.71’s. Then we spent the rest of the week grinding 20 pips lower, dropping on the mon pol statement to 0.7060 before grinding back up towards 0.7100.

GBPUSD had some fun. It took two steps to get from 1.31 down to the low 1.29’s as the usual Brexit shenanigans played out. Still no solutions and May taking a hard line on legal changes to the backstop hit the usual wall of “non”, “nien”, “no”, “uimh”, “nie” from across the channel and elsewhere. GBP also caught the bug from the round of global growth cuts coming out, especially with the BOE meeting coming up.

That meeting saw the quid hit a low of 1.2854 as the BOE also took a chainsaw to their forecasts but Carney wasn’t at all dovish in his comments and went to great pains not to mention the “c” word (talking mon pol terms here folks ? ). That exposed the shorts who thought they’d get a dovish Carney and we saw a swift short covering rally right up to 1.30. GBPUSD has now joined the ranks of the zombified currencies in looking to exit the week going sideways.

EU’s Tusk managed to piss off a big majority of the UK by saying there’s a special place in hell for Brexiteers. His chum Verhofstadt even chipped in to pour some vinegar on the wound. He got a ticking off from May when she hit Brussels but the reality is that he’s scored a massive own goal if he had any hopes of the UK staying.

EURUSD has had the life sucked out of it this week. It’s been like a kids balloon that has gradually lost air and now looks shrivelled up and forlorn in the corner. The data mostly sucked again this week so we faded from 1.15 once again, and spent the week dribbling down to the current lows at 1.1320. A slow bounce to 1.1360 from 20 has been the most exciting it’s got.

USDCAD has mirrored the EURUSD moves but in reverse, climbing from 1.31 to the lofty heights of 1.3329. There’s been no real drivers bar a mix of usual oil following, and this growing fear on growth that has meant USD remains the best of a potentially troublesome bunch. The CAD jobs report came out with some pretty good numbers and that sunk the pair to 1.3233, and has since found resistance back at 1.33. Some air out the tyres perhaps but that might just be temporary.

As mentioned, the theme in the market is growth worries but there’s also a lot of overreaction too and the market seems to be trying to second guess everything more than usual, hence the swift reversals seen in currencies like the RBA and BOE. We hope volatility picks up but it’s also a reminder that normality is returning to the monetary policy universe, even if there’s still some catching up to do by some of the big CB’s.  For some of us old heads, we remember the times policy changes were just tinkering measures. Some of you younger traders may thing the last 10 years are the norm. Not so I’m afraid as I remember times USDJPY would move 10 pips in a week.

All that is indicative of my trading style right now. Nothing big, no need to chase, pick and choose the best battles and take any profit while it’s there, and get stops to BE as quick as possible. For many, these can lean times and that can get people chasing trades out of frustration. That needs to be avoided and so even reducing size and profit expectations can still keep the account ticking over, even if the numbers aren’t exciting. As much as profits might be reduced in said circumstances, so can the losses be too. The aim of the game is to stay alive, not go shit or bust trying to chase a trade. There’s always something coming around the corner so who knows what the next big event will be.

On the personal front, I had some winners and some losers, am still flogging the dead horse on one and have two in the slow cooker.

As usual, all the trades undertaken by myself, K-Man and Dubsly, as well as our other traders are done live in our trading room on the ForexFlow platform. We don’t deal in day-after analysis or give flaky entries or exits after the event. If you would like to benefit from being among traders of every level of experience all pulling together to make the best trades, come and check the platform out.

Until next week, have a fantastic weekend and thank you for coming to ForexFlow.