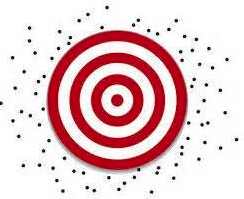 Another day, another round of votes in UK Parliament

Part two of the indicative votes happen today as MP’s try to find some sort (any sort) of consensus on how to progress with Brexit. There’s talk that the most popular motion to show will go up against May’s deal in a head to head vote battle. Not all the votes today are repeats from last week, and are still subject to selection from House speaker Bercow.

A – Unilateral right of exit from backstop (New motion)

This proposal aims to commit the UK to leave the EU on 22 May with an amendment to Prime Minister Theresa May’s withdrawal agreement. That would allow the UK to exit the so-called Irish backstop whenever it wants, without the EU’s permission.

Possible outcome – This one might get some traction from MP’s but won’t fly with the EU, who remain adamant the WA cannot be changed.

B – No deal in the absence of a withdrawal agreement

This motion asks MPs to support the UK leaving the EU without a deal on 12 April, if they have not agreed to support the prime minister’s withdrawal agreement by then. Last time it got voted down 400 to 160.

Possible outcome – We should see a similar result but although that’s a loss on paper, it does offer the only thing MP’s do agree on. That consensus is that MP’s don’t want to leave with no-deal, which then plays into some of the other motions.

This option commits the government to negotiating “a permanent and comprehensive UK-wide customs union with the EU” as part of any Brexit deal. Lost 272 to 264 last time.

Possible outcome – The closest vote out of all the last ones so could swing to a win. However, what many people have missed is the fact that were lots of abstentions in this vote, which only totaled 536 votes, way less 650 actually possible. The same can be said for many of these votes.

The proposal would mean joining the European Free Trade Association and European Economic Area, with countries such as Norway. Lost 283 to 188 in the prior vote.

Possible outcome – We could see a similar result to last time.

This gives the public a vote to approve any Brexit deal passed by Parliament, before it can be implemented. Lost 295 to 268 prior.

Possible outcome: Again, another of the closer votes and we could see a close vote again.

This is another proposal for the public to vote on the future of Brexit, but in this case it would only happen if the UK was otherwise going to leave the EU without a deal.

Possible outcome: – Will be popular with the remainers but the question will be whether it ever becomes valid, given the overwhelming majority not to leave with no-deal.

This option offers a series of steps to prevent the UK leaving the EU without a deal. First, it requires the government to seek an extension if a deal has not been agreed two days before the deadline for leaving.

If the EU does not agree to an extension, on the day before the UK was due to leave, MPs would be asked to choose between a no-deal Brexit or revoking Article 50 to stop Brexit altogether.

In the event of revoking Article 50, an inquiry would be held to find out what type of future relationship with the EU could command majority support in the UK and be acceptable to Brussels.

Possible outcome: This looks a scatter gun motion and one that would drag on and on and it’s very very unlikely the EU would accept revoking article 50 only for the UK to then try and renegotiate staying conditions. This one is probably doomed to fail.

The motion proposes that the UK rejoins the European Free Trade Association as soon as possible, meaning the UK stays in the single market. Lost 377 to 64 last time.

Possible outcome: Similar to Motion C but they want it to happen now. Likely to see a similar result.

Most of today’s votes have the look of a scattergun/desperation approach as there was no consensus last time so they’re just chucking up anything else they can think of that opposes or tries to offer insurance on May’s deal. Although there was no consensus to pass any of the votes, the one motion that did offer a clear message was the motion NOT to leave the EU with no-deal. That was the only one MP’s could agree on, and that should remain the same today.

As mentioned above, we’ll need to watch the numbers again to see if the total votes on each motion increases nearer to the 650 mark. As there were lots of MP’s sitting out last time, they could turn up in this session and that might change things dramatically. What is clear is that none of the votes actually call for Brexit to happen, only what Parliament should do if there’s no deal, therefore, they’re all soft or no-Brexit options, meaning they’re GBP positive. Last week the market was more concerned about the fact that last week’s vote just raised the uncertainty from Parliament not having a clear idea on anything, and that theme will remain today.

At the end of the day, there’s now four possible outcomes.

The problem remains that we’re no closer to knowing which one we’ll end up with.

For trading, it’s going to be another period in unknowns and jumpy price action and we’ll have to see how things lie after each/all votes, plus deal with whatever headlines we get in the meantime.

The House will be debating all the motions this afternoon, with the voting to start at 19.00 GMT. It will follow the same format whereby MP’s will vote on paper for all motions together. The result might come 60-90 minutes later.