Are you ready for the next flash crash? 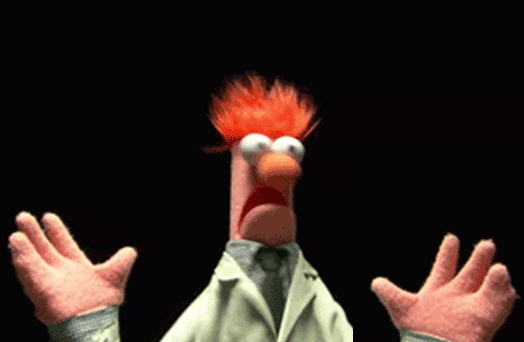 Here’s how to trade and protect yourself from flash crashes

With Easter and an extended Japanese holiday looming, some folks are growing increasingly worried about a flash crash due to the lower liquidity, so here’s some advice.

Here’s the thing with crashes;

Firstly, when we see a crash there’s always a long moment of “WTF?”. Has there been news? Has a CB raised/cut rates or intervened in an emergency? Has an institution collapsed? Has war broken out? Is it a fat finger? etc etc. For those first moments no one has the foggiest idea, and more importantly, no one knows how to react. Usually by the time we’ve found out what’s happened, the move is all over or at least starting to reverse.

Trading it is even harder. Do you chase it, do you fade it? Given how volatile they can be, we would be trying to trade something moving in 50-100 pip increments. Spreads will blow out, platforms will freeze and it becomes a big mess. No mere retail trader should be trying to jump in to those waters. If you’re already holding trades, you’re either going to get very lucky and make your profit very quickly, or you’re going to get stopped. If you don’t use stops, you’re going to get sunk if your broker closes you out on a margin breach (hence why you should always have a disaster stop in place on any trade).

But even if the moves start reversing, for me there’s always a fear of “What if it hasn’t finished?” in those first few minutes because what happens is that the market gets very nervous and jumpy about its own shadow. Little things can then bring big moves because everyone is a little bit shaken and panicky. The market can run about chasing trades and trying to re-positions and chase back any losses. There can be lots of quick knock-on effects.

How do we deal with them?

We can’t live our trading lives worrying about flash crashes, the same as we can’t worry about getting struck by lightening but we can be aware when situations might lead to a slim possibility of something happening, like the chatter of something happening over Easter or Japan’s Golden week. But, even that talk is potentially self-defeating because if traders are expecting it, they protect against it. They might stack bids/offers lower/higher right outside of current ranges to catch a crash move (thus providing supporting liquidity), or they may close positions for the period in question. The obvious flip side to that is that it also reduces liquidity further and leaves potential air pockets, which then aid any crash like moves. Whatever the big boys decide to do, we retailers will always be stuck in the middle and thus out on a limb, and that’s not where we want to be.

My overall advice would be to not fuss about them too much but make sure your trades are protected if we are heading towards periods where liquidity might be an issue. Easter and the Japanese holiday is one such period. Unless I’m in something long-term that can ride out big volatile moves, I often clear the decks of all trades into periods like this. It’s all about managing risk and I’d rather be out than having to face a possible mess and loss of money because I was too carefree trying to grab a few pips. In most cases where we lose money on a flash event, it’s a case of ‘shit happens’ but when you know there’s increased risk and you do nothing about it, you only have yourself to blame if you get caught.

If you do want to try and catch a flash crash then dropping in some very small bids/offers far out in the market is the way to do it. I’m thinking of doing just that in some key pairs with orders around 400 pips away from current prices, and with similar sized stops. If I do so I would still not risk more that 1-3% of my account on any trade, so they’ll be very small trades and maybe even scaled to reduce the risk further.

For most people I’d advise switching off the trading platforms and go and enjoy the break. Taking a break may not be profitable for your trading account but it is for your body and mind, and you need that to be in tip-top condition to be able to trade effectively ?