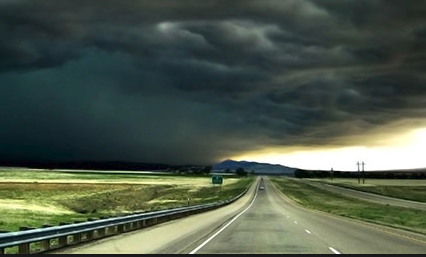 It wasn’t all sunshine and beaches this past Easter weekend as I also had a lengthy chat with someone on the ground in the auto industry, and the news wasn’t good.

Basically, orders and investment have ground to a standstill and the clock is ticking on how longs firms can last before there’s widespread job losses and the econ impact really starts to bite.

Auto and machinery firms are just sitting on their hands waiting to see how Brexit unfolds. The company involved in this case (major firm) had forecast over £1bn in business this year. So far, it’s been in the low thousands. Their customers (major German and global companies) are not budging and are unwilling to spend above anything that’s not a necessity.

Some smaller firms are already running on fumes and cutting jobs but that’s set to spread further afield with job losses coming at some of the bigger firms. Ford announced cuts of 5k in Germany in March and are expected to cut jobs in the UK anytime now.

The long and short of it is it’s looking grim in this sector at least (and very, very likely in all sectors). The extra worrying thing is that firms aren’t even expecting any real lasting change even if Brexit does get sorted and are more concerned about a dead cat bounce in orders and investment. That in itself is leading to further caution for future plans down the road.

So, that’s a look at the fundamentals but what does it mean for our trading?

I’m now expecting things to start souring in the UK, perhaps quicker that I thought before. We know the UK econ is huffing and puffing along but that might not be enough now. The fuse is lit and soon firms’ cash is going to start running out more than it is already. If the economy drops, then the BOE could be forced to take a more dovish tone but we will see that coming in the data. I’ve already been keeping a closer eye on the labour reports which are now showing a trend of higher claims. Although employment may still be up, I suspect we could see the labour market start to turn. The PMI’s will need watching but given the evidence here above, I’m favouring seeing the econ data slipping once more, and that will put pressure on GBP.

Regarding the BOE, they’re going to be in a tough spot because they’ll be reluctant to ease policy for what might be a short-term problem (Brexit deal) but they can’t wait forever if that’s what they need to do. The problem they will face is that they won’t be easing to inject life into the economy because the cash will be used by firms to live on, not to invest with, and that changes the scope of things dramatically.

All the UK data will need watching from now and I’ll be keeping a closer eye on the smaller data points like the CBI numbers (we get both retail and industrial this week). If I had to tip one piece of data for a very bad print (based on the above), it would be business investment in the quarterly GDP reports, but that’s some time away. The monthly GDP numbers could impact too.

I’m now thinking more bearishly for GBP. Of course, the Brexit headline risk is still there so that needs to be factored in. When I trade with the fundamentals it’s this sort of information that I love because it’s from ground zero, not some guess work from an economist sitting on the 30th floor of a glass building in Canary Wharf. If we can tie up info like this then we can watch the data more closely and see how things are shaping up. Adding all the little clues together can help us formulate trades and trends and lets us know which side to favour in a market.

If I had to predict the next 6-9 months or so, I’d say we see the UK econ soften further over the next few months (barring any Brexit deal) and if/when a deal is struck, we’ll see any lagging bad data ignored for promises of a Brexit relief pickup. That will likely last a few months and then it will either flatten or pullback. Obvious caveats are what happens to global trade (US/China) etc. For GBP, I expect it to go the same way, softer while things drag on, Brexit relief rally, then make or break on the global picture.

I’m already planning and plotting possible trades and levels in our live trading room. When there’s the potential for big changes in the fundamentals, it pays to be ready to react early to catch the real trends.