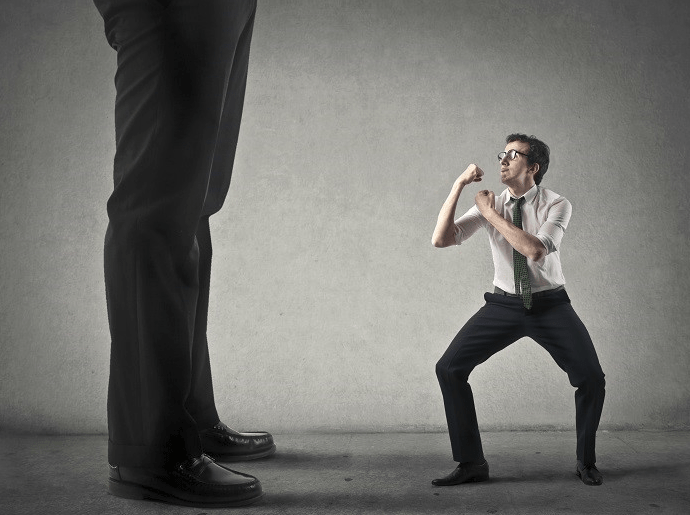 A review of trading this big Fed week

There’s not been much time this week for updating trades on the website because it’s been very busy in the trading room so I wanted to give an update of things here and to also talk about the current market dynamics.

I’ve not been shy in giving my view that I don’t see Fed cuts coming. The economic data certainly isn’t compelling enough as it stands now but that doesn’t mean complacency. I’m going to need to see some very bad numbers in inflation, jobs and the consumer before I entertain cuts, so like everyone else, I’m data dependent.

Being a trader, I obviously wanted to put trades on that mirror my view. My big warning pre-Fed was that the cut expectations and sentiment were very, very strong so even if I’m proved right, that doesn’t mean I’ll make money, and that proved to be the case this week. My main trades going into the Fed was long USDJPY and short 10yr bonds. The USDJPY longs we’re a bust of around 90 pips top to bottom yesterday and I came close to being stopped on the bond trade. I’m still managing that to try and reduce the loss and have already brought my stops right up so I’ll lose less that what I had originally planned for, if a loss turns out to be the case.

Post-Fed trading has not been much better either. There’s sayings often bandied about about the folly of trying to pick tops or catch falling knives. It’s a solid enough warning but my view has always been that you can try exactly that IF you have good reason to do so. If you try purely because you think a price has gone too far, then you have no excuse if you get punished. You can attempt to do such things if you have a good reason to do so, and that reason is if there’s some decent levels you like. That’s what I attempted to do in USDCAD and EURCHF. Here’s two charts that went up in the room yesterday. 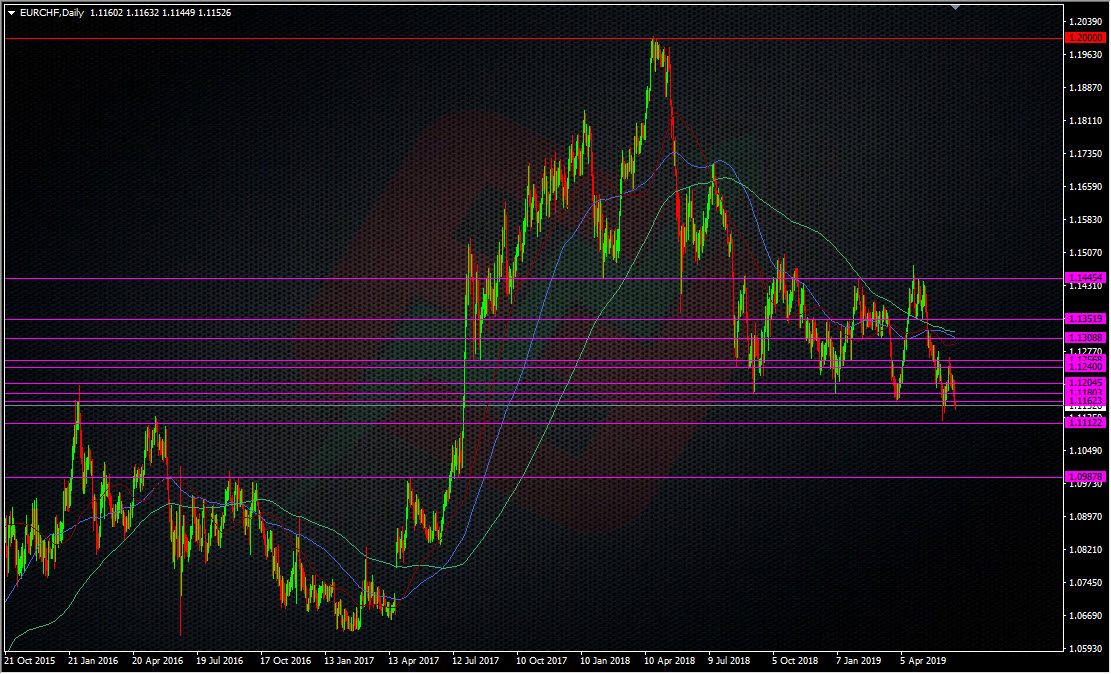 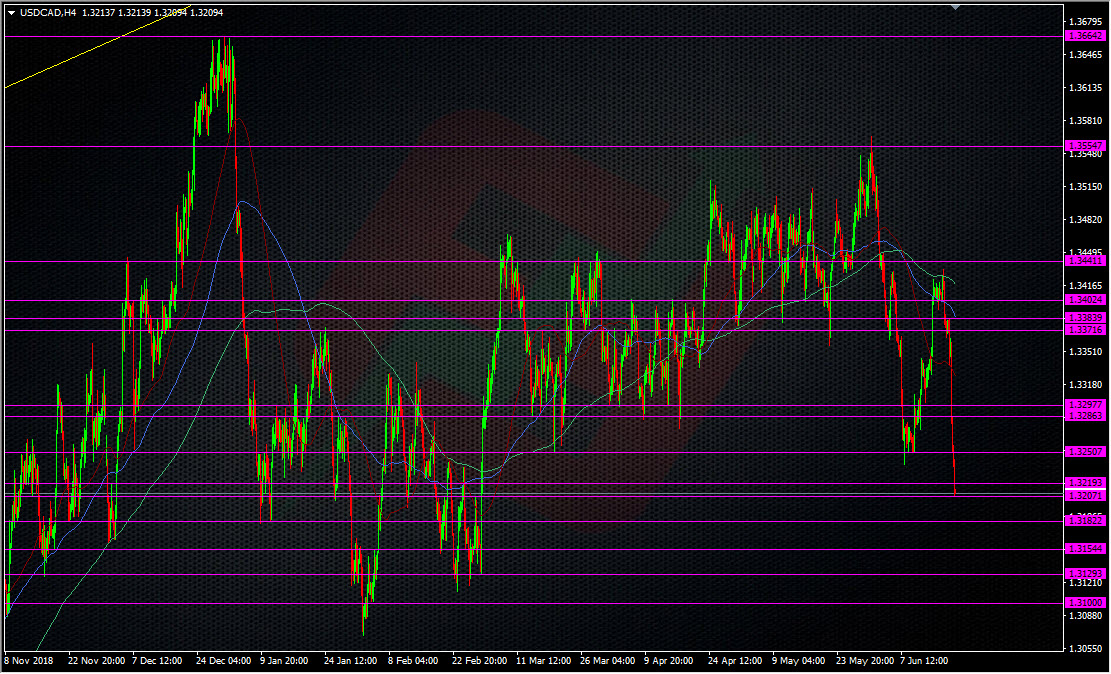 Both had reasonable levels to try longs (EURCHF into 1.1100/10 & USDCAD into 1.3200) but both ended up busts because the market wasn’t finished with what it was doing, and the Fed fall out was then followed by Iran risk picking up. I was also high ticked out of an EURUSD short at 1.1300 but that one, in hindsight, was more down to my stop placement and unwillingness to give it too much room, so nothing but my own fault. One question might be asked, and that why didn’t I try and trade with the market? That’s easy to answer and I’ll use USDCAD as an example again. 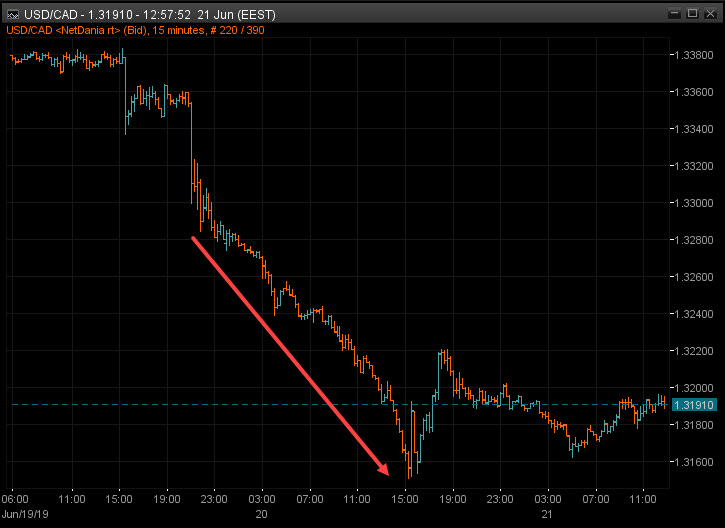 This was a pair I wanted to short after the Canadian CPI data and was looking for non-dovish FOMC to give me a good pop in it to start shorting. That didn’t happen obviously, so where in the moves of Wednesday evening and yesterday could you jump into a short with any great conviction that you’re not selling a bottom, when a price is moving like this? It did not give an inch. There may be some of you who might look at the chart now and find a couple of places but that’s now and not live when the price is doing its thing. It highlights the fact that even when you know which way you should be trading, it’s still not always easy to get in and feel safe doing so.

So, not such a good week profit wise but therein lies a lesson itself. For over a week I knew that if I wanted to trade against the grain I had to take that risk into account. As such, all my trade sizes were greatly reduced in all the trades pre and post-FOMC. Not one of my trades risked close to 1% of my account, and some of the losses we’re less than I planned for because I folded them manually. From a risk perspective, I wasn’t out on a limb and there was a very good risk reward factor because if I was right in my thinking, the reaction the other way would have been huge.

After the loss on the USDCHF yesterday, I decided that I was done fighting the market for the day. The levels weren’t working and so I had no interest in continuing to keep trying. It was time to shut the trading screen down and take a breather to reassess things and let the dust settle. It’s also a great testament to our trading room community that others felt the same way and showed the maturity and experience to come to their own same conclusions and react in the correct manner by stopping trading. Many traders would try and keep on trading to get back the losses, which can often compound them instead. Sometimes in trading you’ve just got to say “it’s not happening” and you have to walk away, take a break, sleep on it, and come back again and put the work in getting back on track.

Overall, some cuts and bruises but certainly no limbs or accounts lost. Markets are very confusing right now because we’re switching very fast between different risk events and headlines. As I said yesterday, I don’t think I’ve ever traded markets that have had so many different factors pulling prices. It’s making things tough and that’s why I really can’t look at a trade longer than a few minutes or hours because it can go 180 on you seconds after getting in. Therefore, I’m sticking to what’s worked for the last 9-12 months, and that’s jobbing the intraday or wider levels and taking some profit when it’s there. I have no real directional bias because there’s no real trends in play. Longer-term ranges are still in effect and when you look at things from a wider view, we haven’t really moved anywhere new.

That’s my review/self reflection of the week. While we like to talk about the winners, we don’t hide behind the losers here at ForexFlow, and there’s definitely no hiding places in the ForexFlow trading room, where all our trades are called live.

I hope it’s been a profitable week for you, and if not, i hope it hasn’t been too damaging.