Can you feel the shifting winds in markets? 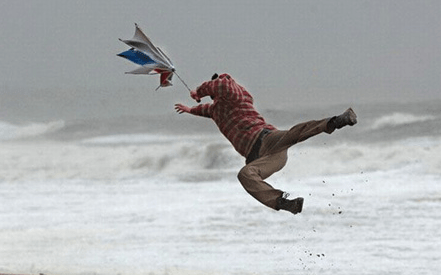 Since the US & China kiss-and-make up at the G20, things have shifted in markets

On Monday we highlighted a potential problem brewing for markets following the upbeat feelings from the G20. FX and stocks were cheering but the bond market wasn’t.

The move lower in yields has persisted and other government bonds have caught the bug. Overnight US 10 year yields broke through the short-term floor around 1.98% 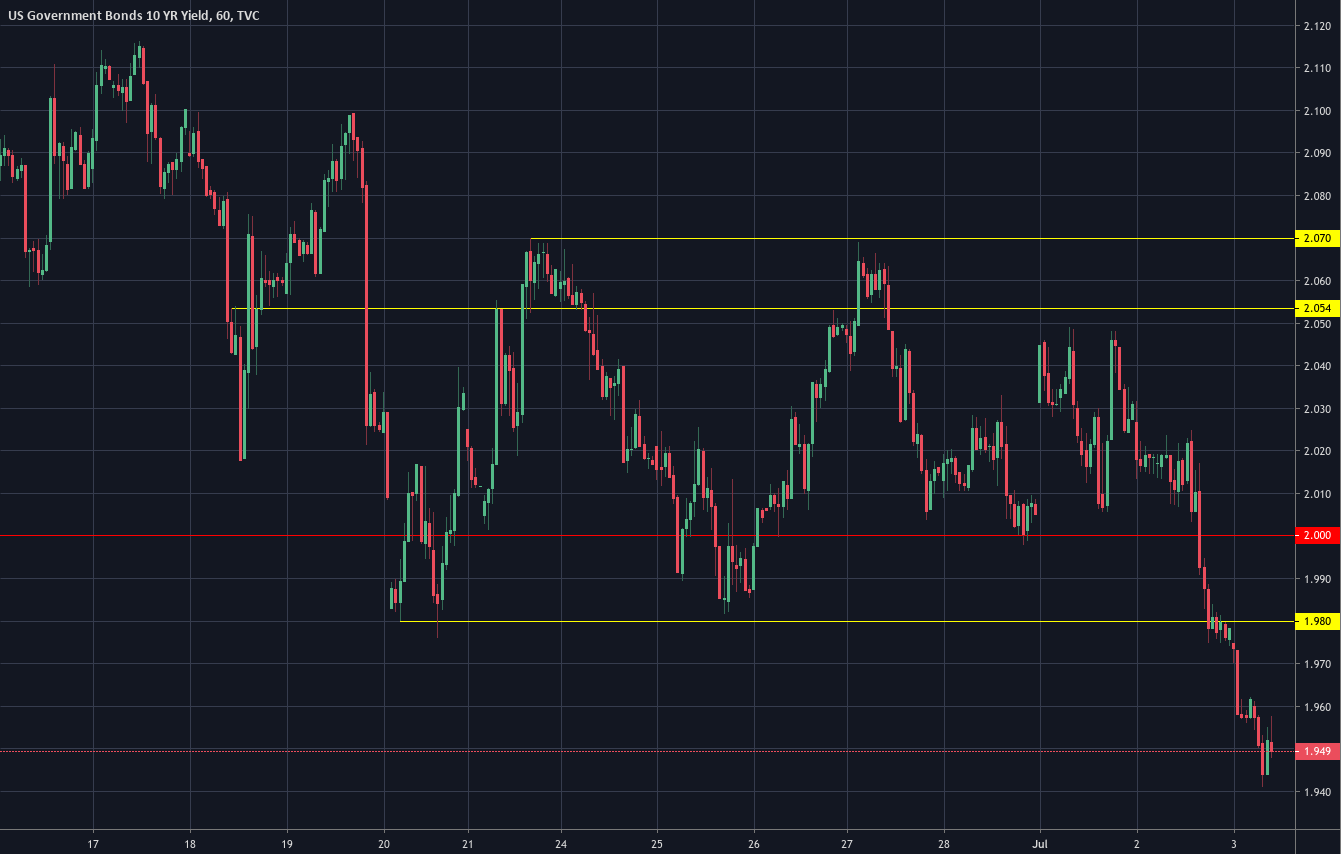 This solidifies our thoughts that there’s a shift in the market theme. We’re no longer purely trading the Fed (or even other CB’s) easing theme, as we were before. We’re now shifting into a global growth fear theme and that changes things dramatically. It doesn’t change the CB theme but it puts a much larger layer over it.

For the last few weeks it’s been mostly about the Fed and a July cut. Fed’s Bullard dented that trade the other day by dismissing a 50bp cut, while the important data has also failed to give doves fair ammo for their cut calls. That trade saw yields dropping and USD dropping also but we can clearly see the divergence of that correlation today as USDJPY is holding up relatively well considering the yield move, and has strengthened against other currencies too.

What are we looking at now?

It’s very early days yet so these fledgling moves may not be indicative of a lengthy trend but a shift to global growth worries will see a run to the safety of bonds and also to USD as a yield/haven destination. That means USD will be supported even while yields fall, which is opposite to the yield/USD sum on just the Fed trade. We’re pretty much seeing a safety run across most major government bonds, and obviously gold is tied into those worries too. Remember, despite the market being dovish the Fed, the US economy is still the best of the major bunch, and that alone is enough to cement it’s yield return status and thus make it a safety destination.

If this global worry theme picks up strength, that’s also going to shift the sentiment in stocks. You can forget BTFD on just the possibility of central bank easing and more cheap money. Stocks are susceptible to growth worries and are more likely to fall on that than rise on possible future CB easing. Although, don’t rule out the BTFD’ers pushing that envelope early on.

One big worry to watch out for

There’s another big fear at the back of my mind, and that’s whether the market is going to question central bank policy in its entirety. Think about it, short-term goldfish thinking will see the market loving the possibility of more cheap CB cash to pump into stocks, buybacks and all that jazz but if it sits up and looks at the bigger picture it might see that for all the trillions that CB’s pumped into propping up economies, what exactly is there to show for it if 5 minutes after ending it, economies start falling back? If the market deems that all the trillions pumped over the last 4-5 years hasn’t worked, why would it work if they started it up again? If markets start calling a fresh round of easing and QE into question, it’s got no hope. We all know that low rates and QE just had a placebo effect and that tends not to work twice in this industry. If those thoughts take hold, the one bank/country that will be in a lot of trouble is Japan and the BOJ, who are still firmly stuck down the extraordinary monetary policy rabbit hole. At least the others have a some small room to move back down the easing path (US having the most mon pol margin). Japan, on the other hand, is has run out of kitchen sinks to throw at their issues.

But I digress once again, that fear is more a niggle in my mind than anything substantial. In this goldfish market, themes can change in an instant. Friday’s jobs report could be stellar and then everyone’s back on the jelly and ice cream. However, there’s still a lot of jigsaw puzzle pieces to be put together and plates spinning in the air. If the US and China put a deal together, we’ll need to see whether it really kick-starts global trade or whether that too becomes a dead cat bounce papering over deeper underlying cracks. We’ve still got Brexit, UK politics, Iran and all the rest of it and that will still be pushing and pulling markets around but those themes will be intraday noise vs a global growth fear trade.

How to trade it?

As always, the key to any trading situation is to identify the market’s mood and sentiment which allows us to get a good idea of how to trade it and how to position. As mentioned above, if we’ve changed theme from the Fed to global growth, then USD isn’t going to move with yields. That’s a big fat glaring change right there. Look for USD to take on a dip buy tone rather than a rally sell. Look for a change in the mood of stock markets if we see a run of weakness. Look for further moves in bond yields in the majors and also if gold keeps rising. Look for further risk off runs to JPY and CHF. The direction never changes and we only have two choices, up or down but it’s the reasons why something is going up or down that matters, even if two different reasons bring the same outcome in direction.

Keep your eyes peeled and your finger in the air because sensing the changes in the wind, no matter how subtle they might be, can have a huge affect on whether we make or lose money.