Who actually wants to buy negative bonds and why? 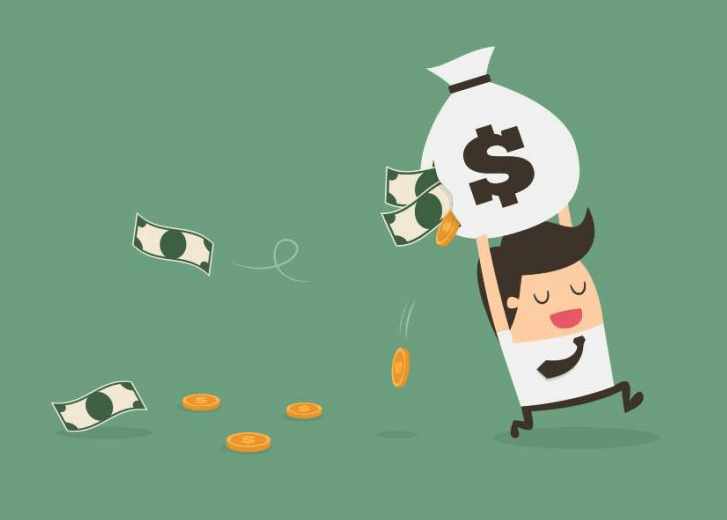 Who feels the need to pay governments to hold their money?

It’s one thing to point at the bond market and scream that it’s flagging problems about the economy but what is really behind the moves, and why do people buy bonds to only to pay the issuer to hold their cash?

If things are going to pot, government debt is (supposedly (see Greece)) the most secure asset around. Some investors would rather pay what is effectively a premium, for the security of a government holding their cash.

Many funds and investment firms must hold a percentage of funds in bonds. This is usually dictated by their investors choices of what assets they wish to invest in. Sometimes, the need to hold bonds is a legal or regulatory requirement because certain entities (like banks) have to hold highly liquid assets. Government bond markets are the most liquid market on the planet. At prices of portfolios change, the rebalancing has to be done between the different asset classes to maintain investment and requlatory requirements.

Although negative yields all sound, well, negative, for trading, there is still the pure price factor. As yields fall the price of bonds rise, so rather than buying bonds for their yield, they’re bought on hopes that central banks will come back in and start buying again, which will push the price up further.

What we don’t know is the composition of all this bond buying regarding what category it’s falling in to the most. I would hazzard a guess that option 3 is the main driver of bonds right now because the market has been crowing for a while now about rate cuts and central banks opening the tool boxes once again. There’s nothing like talking up your book is there? 😉

Spec bond positioning for US 10’s is still showing sizable shorts (-281k) but those positions are well off the highs (for amount of shorts), which peaked late 2018 (-756k). 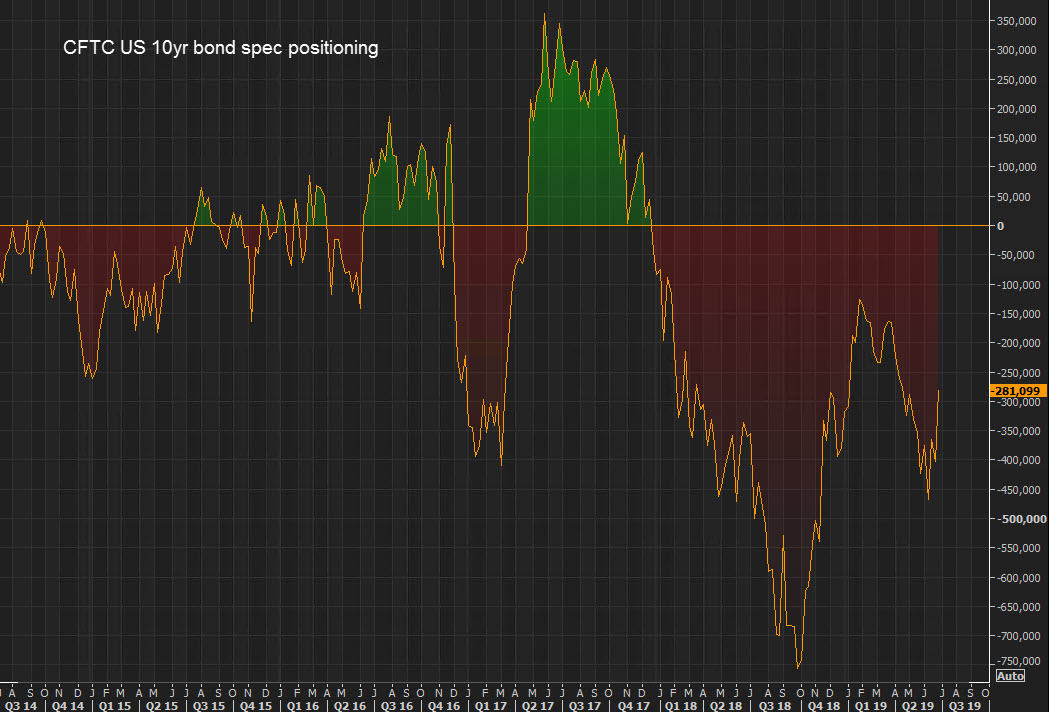 Among the financials, Asset managers and Institutions are pretty much 2:1 ratio long at net 818k.

What we have to watch for as traders is whether the front runners are going to be right or wrong. It may not be enough for those folks if they only get piecemeal minor rate cuts. They’re going for another full-on central bank easing cycle. The FX market is pretty much at the whim of the bond market right now so that’s where our focus should be. I’ll be keeping an eye on these bond positions (be they lagging) for signs of whether we start seeing any extreme moves, as that could give us a signal to start trading against those moves, if we decide these guys aren’t going to get the free central bank lunch they’re hoping for. Right now, I think there’s still plenty of room for these moves to continue, at least up until the July FOMC, which will be a big crunch point for these trades. As I’ve mentioned before, that will be my next point to go against the market view.