What level of perfection is the Fed actually seeking? 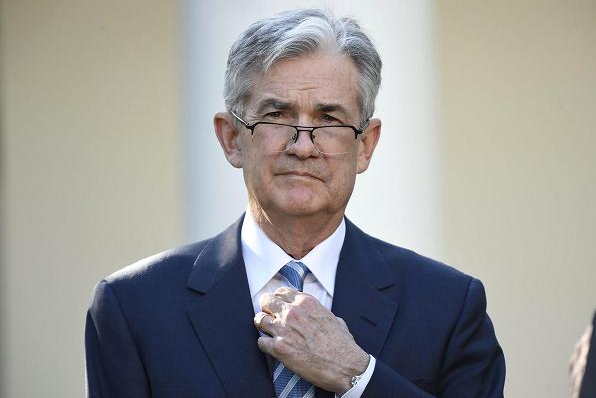 Has Fed’s Powell all but confirmed an interest rate cut?

Now I’m really torn over the Fed. Having slept on it and reflected, it really does look like they’re ready to cut, and are looking for an excuse to do so. The way Powell played down the labour market was the real surprise. He sounded even dismissive of the labour market, which is a complete joke. This is the strongest labour market ever! Ok, wages might not be feeding into inflation as much as they’d like but that suggests other issues at play. Would he rather low inflation in a bad labout market? The average earnings chart tells its own story if you look at how it’s risen since the crisis. The BOE and ECB would bite your hand off for wage growth like that. 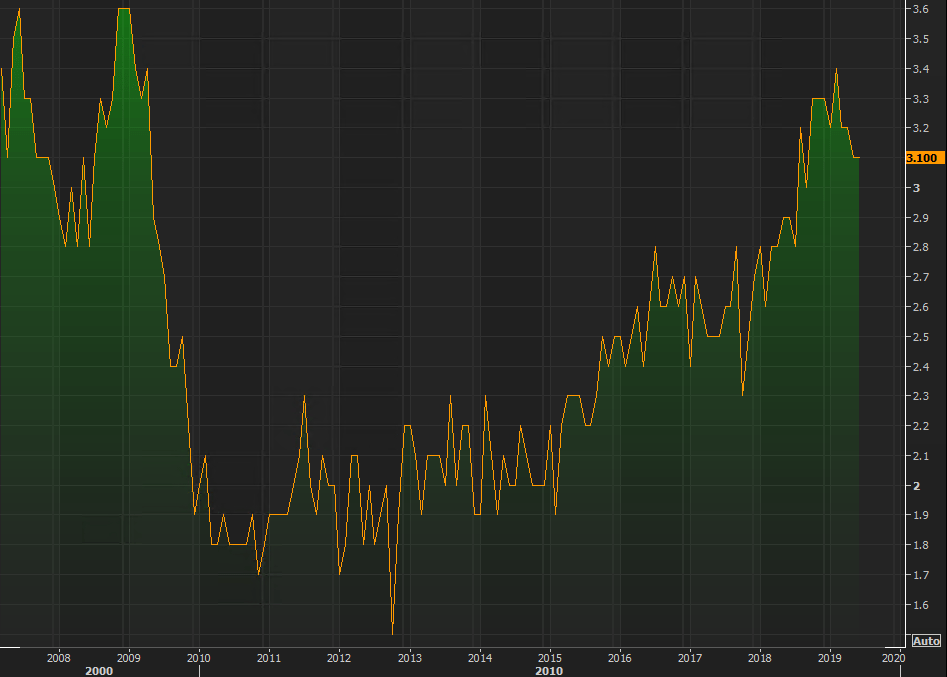 To me, this whole thing has taken another turn down bullshit alley and we’re faced with an economy that’s probably the most solid major in the world, with data that by no means warrants a cut, yet with a central bank seemingly ready to do just that, just to stick a couple of pips on to inflation. It is absolutely bonkers. What level of perfection does the Fed really want? 300k NFP a month, 6% y/y wage gains, 1.0% unemployment rate, rock steady 2% inflation, 5% GDP? It’s not going to get that in this global environment.

But, therin lies the constant fight we traders have. On one hand we have a good economy with no major problems, on the other we have the Fed turning dovish. We face that age old battle of deciding which way to trade. After the last NFP I was 100% in the no cut camp, yet after yesterday, I’m closer to 50/50.

As I’ve remarked previously, (and lost money because of) there’s only so far we can trade “our view” vs the market’s view. The market has deeper pockets and the ability to stay irrational for great lengths of time. One could say that if the Fed does cut, the market has not been irrational. I would disagree and say nothing has been rational in this whole saga, whether the market gets it right or not.

What do I do now?

We can’t let our emotions overpower our own rationality. We have to respect what’s been laid out in front of us and we can’t ignore it whatever our personal view is. All we can do now is assess how the market deciphers all the latest chatter and headlines and formulate that into our trading. That might mean going with the flow or being more careful in picking our points to counter trade it.

The market has gone into reverse (of the prior reverse) after Powell. 50bp cut odds had washed out of the July equation but have jumped back up again (a 50bp cut  is now 28.5% vs 0.0% c.o.b Tue & 12.5% after the testimony text)  but even so, there’s signs the market is pretty happy with its pricing based on the levels seen today. Any further pricing means that in the event the Fed does cut, further US weakness could be limited but it’s then we have to see whether the Fed are one and done with an insurance cut, or if we’re on a cycle.

For now, I’ll roll with the punches and stick to jobbing the intraday levels on their own merits. The Fed doesn’t really come into the jobbing strategy. I’ll also be thinking hard about whether I still want to fight the Fed, either in the build up to, or right on, the FOMC. The data is still king so that’s still a big factor. CPI and PCE are still to come and could still be the make or break of the FOMC.

If we didn’t have these dilemmas, trading would be pretty boring eh?