Here’s how to trade the ECB 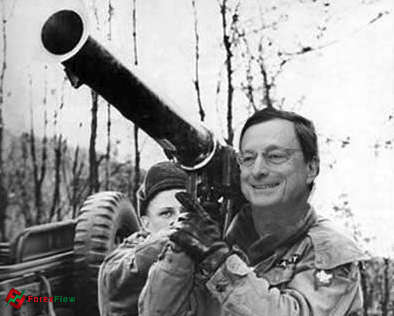 Here we are at one of the most anticipated ECB meetings for a long while. Rate cut expectations stand at 100%, with a 10bp cut at 66.8% and a 20bp cut at 33.2%. Restarting QE expectations range from 30-50bn a month. It’s a slam dunk as far as the market is concerned.

Are we going to see Draghi going full-tilt into easing?

Let me put an important perspective on things first. Cutting rates into the negative (only the deposit rate mind you) and starting up QE was for the sole purpose of stopping half of the Eurozone from going pop. Draghi’s “Do whatever it takes” speech was in the midst of a crisis that nearly saw several countries going bust and the banking system collapsing. The economic effects at the time were secondary to keeping the system propped up and working. Only later, when the worst was over, did that policy start becoming about the economy. So, the first perspective for tomorrow’s ECB is whether they’re looking to act to stop a continent-wide crisis, or just some rudimentary economic weakness?

My view is obviously the latter. We’re not in a crisis, we’re just seeing the economy not picking up as others have done, or to the levels others have. It doesn’t matter what you might blame that on (Brexit, trade wars, geopolitical worries), the numbers speak for themselves and after all this time, inflation is still not where the ECB want it. Is ECB action justified? Probably, yes. Is starting up another round of kitchen sink throwing justified? Probably not.

If the ECB decides to go heavy over some economic weakness then it risks reducing the effectiveness of its policies. If it’s going to use a crisis bazooka because inflation is a few pips short of target, it will leave itself needing an exponentially bigger bazooka if something bad does happen. If the ECB goes for blood and thunder now it risks falling down the same rabbit hole the BOJ has. Personally, I think that fear will play on Draghi’s mind and the governing council’s decision.

Will that fear stop them?

That’s a doubled egded question. While the ECB may not fire up the bazooka (QE) tomorrow, but instead sharpen a few knives (rate cuts or TLTRO changes), it won’t stop them making sure that we all know what’s in the tool box, as they have done every meeting. The market will therefore have to trade what actually happens against what might happen in the future. That’s likely to make it a messy trading picture. Something like just a rate cut but holding off on QE might see EUR jump higher on the announcement, only to see it fall back on what Draghi might say after. There’s many ways this trading cake might be cut. A final note on this point is be prepared for Draghi to pull a different rabbit out of the hat. We know about QE, rates & financing operations but don’t underestimate the ECB’s ability and willingness to change things up or create different tools. The very fact that the market is expecting the same old tools to come out means the ECB has scope to catch it off guard with something new, or a different composition to its old tools.

As I do with every big event like a meaningful central bank meeting, I try to find where the pips might be made in taking a position into a meeting. In most cases I come to the same conclusuion that the trading risk is symmetrical, and I’ve concluded that for this one too. That means I’m mostly looking to trade the reaction rather then into it.

The price risk (different to trading risk) is that the Euro jumps. That will come if ECB don’t deliver what the market is expecting, or that the market is fully priced and gets what it is expecting. That means unless the market gets more than it’s expecting, it’s hard to see the euro falling by any great degree. Put a gun to my head and I’d say that unless there’s big news, we see the euro higher after the meeting than into it. One thing that suggests that outcome is today’s price action. The euro has been under the cosh across the board all day and it smells of last minute positioning. The damn thing struggles to move 20 pips a day yet here we are with a sustained offer. If those shorts are disappointed tomorrow, they’ll be the first to bail. But, that’s my outside view, not my trading plan. 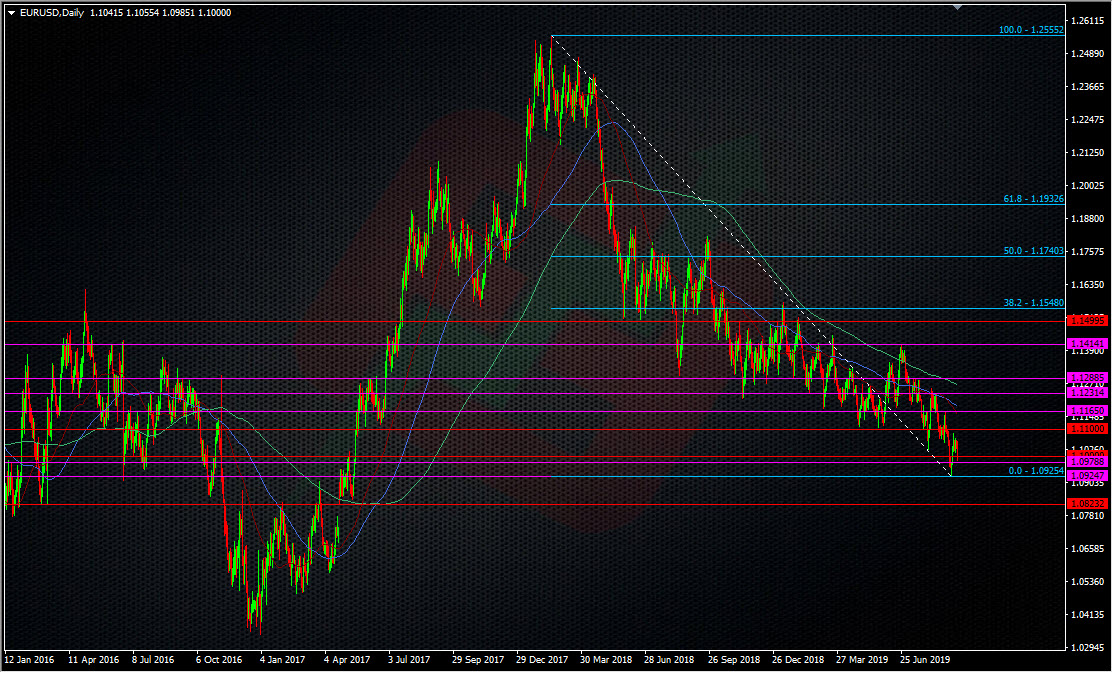 My main trading plan is to trade the price action after I know all the ECB information, rather than take a punt into it. Unless I see a headline or something worth hitting quickly, I’ll be looking to see how the market moves and whether it goes too far, or not far enough. The levels detailed above are the points I’d potentially be willing to trade at, depending on what’s driving it there.

As is ever the case with these big events, it gets us traders excited for the big pips that may be on offer. What many ignore, or don’t see, is that while there’s maybe lots of pips to make, there’s also lots of pips to lose. All this event is is a big jump in risk and so that must be factored into our trading plans. There’s been a lot of planning in our trading room today on this event and I’ve been proud to see the attitudes from some of roomies concerning assessing the risk. There are some among us who wouldn’t have thought twice about a “guess” trade many months ago but now look at this with the correct risk goggles on, rather than the pound sign goggles. That’s great to see because managing risk is what needs to be done over events like this.

The best advice I can give today is for you to do your own risk assessment on the ECB meeting. Ask yourself if you’re shooting for stars or taking a sensible approach? Are you punting or trading? Be honest with yourself over your plans because if you can’t do that, you’ll never understand risk management, which is one of the most important things in trading.

As always, we’ll have all the news and moves covered live (our own trading permitting) and if you want to join us in the room to get the trading action first, you can do so here.