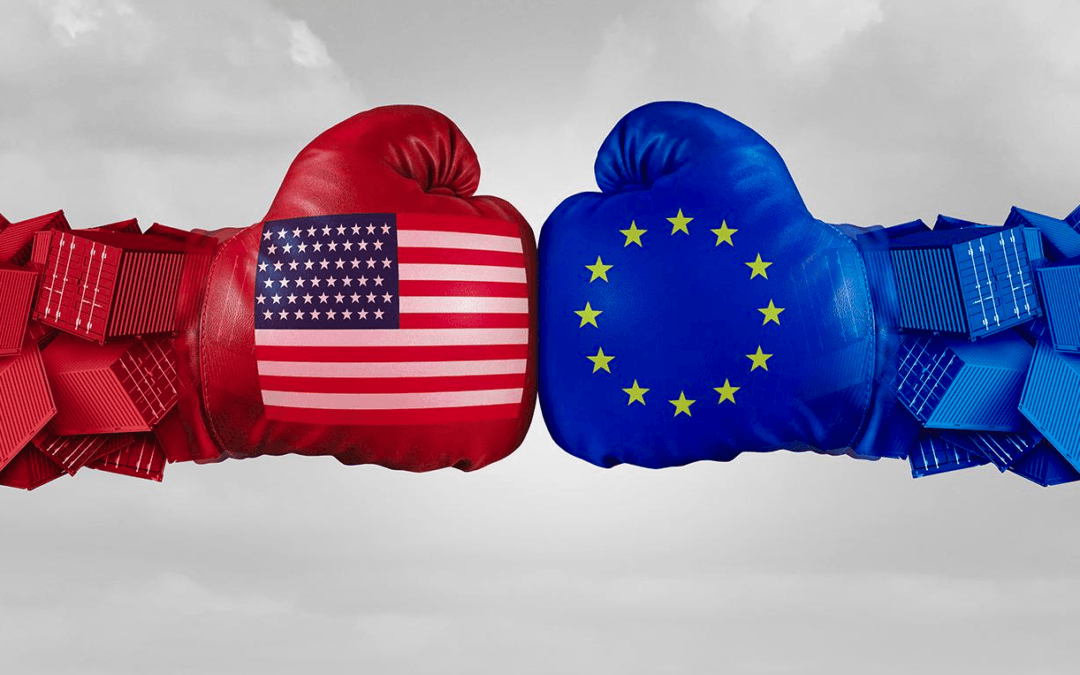 Norwegian Minister confirms no car tariffs from the US

Donald Trump was supposed to announce plans for tariffs on cars across the European continent last week but failed to do so. The market has been waiting to see if there would be any, or whether they would be delayed, or called off. We looked to be ending the week without knowing but late on Friday, it emerged that the Norwegian Minister for Trade had spoken to Wilbur Ross on Thursday, and he confirmed that there would be no car tariffs now. 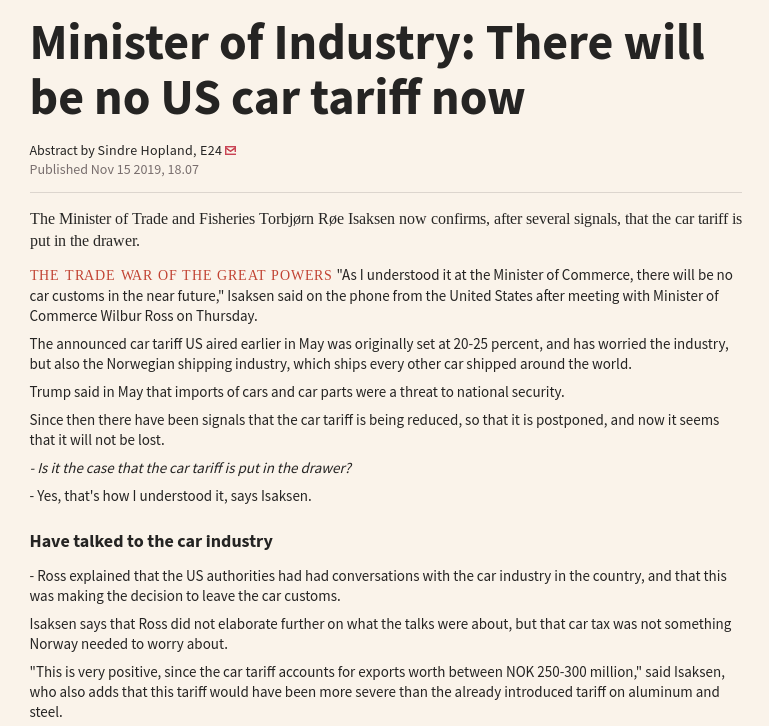 One of our ForexFlow platform roomies then contacted him for futher comment, to which he replied;

“The article in E24 has correct quotes from me. Ross said, as I say in the article, that we should not worry about this now.”

This story has slipped under the radar of the wider market, who is still waiting for some form of news from the US. At the very least it may show the US is kicking the can, which could potentially be good for risk, which finished the week on the front foot. We do have a suspicion that perhaps the strong bid in NOK on Friday had this news behind it but we still couldn’t find anything else out there in the wider market.

We’ll have to see if all this gets confirmed, denied, or something else gets laid out. For now, it’s pretty much the strongest news we’ve had since Juncker himself said he believed tariffs would not be coming.

H/T Stefan in our trading room for the awesome sluething.