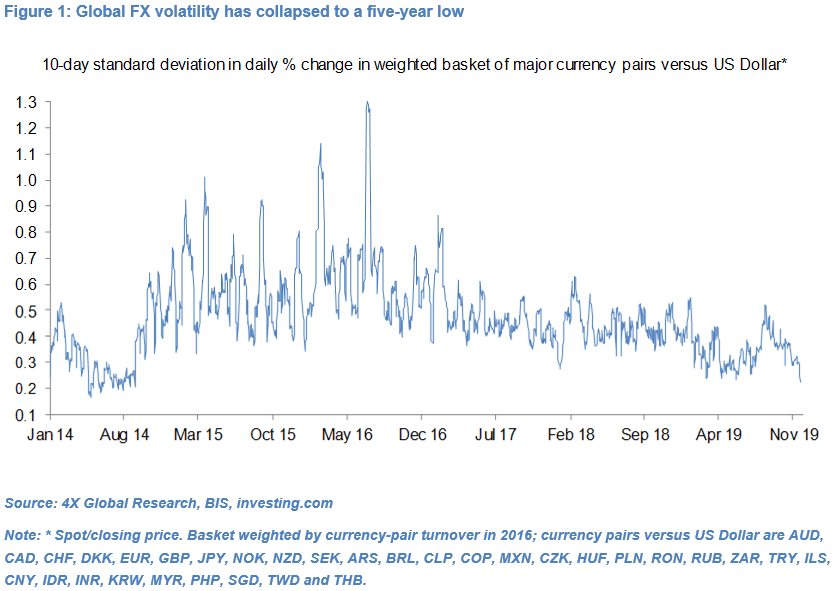 Global FX volatility has fallen to a five-year low