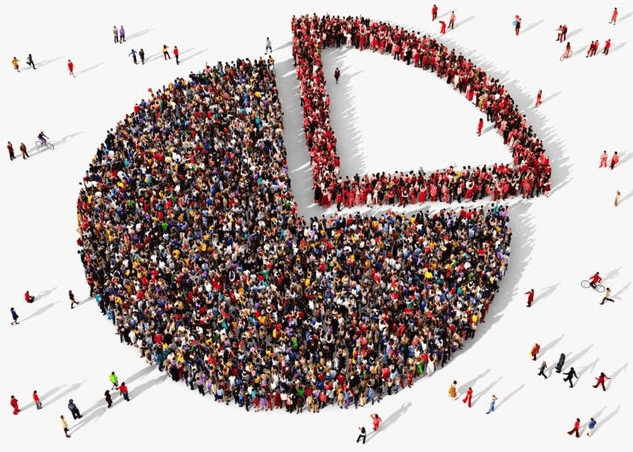 GBP traders are zeroing in on the YouGov/Times MRP poll coming tonight. Here’s why caution is needed.

Secondly, the 2017 election was the first time this poll method had been run in an election. The 2015 election was a complete polling farce that prompted a big inquiry from the British Polling Council into why pollsters cocked it up so badly. So, a 1/1 success rate for this MRP poll might be a good start but there’s no historical comparison.

What’s different about this poll? 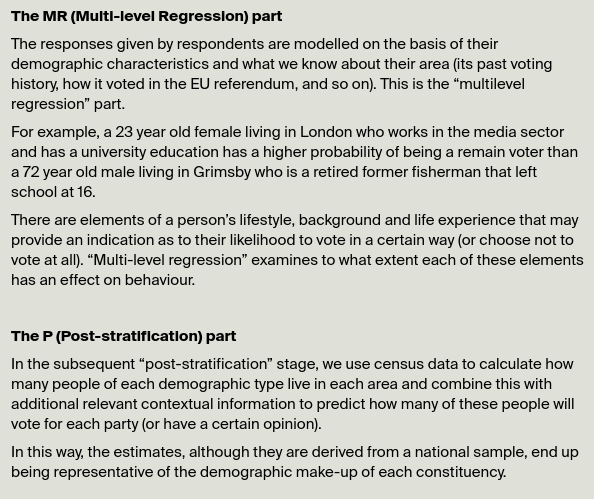 The other big problem is that this election is all upside down and inside out compared to others. For many, it’s a secondary Brexit vote, and there’s only two (one main) parties pushing Brexit and 3 parties pushing remain. That factor alone is showing us that people who would never vote for a certain party in a million years, are now going to vote for them, purely because of their Brexit stance. That’s a big shift by people and shouldn’t be underestimated. I would say that this election is 70% about Brexit and 30% about normal everyday domestic policy. That’s a huge obstacle compared to most elections.

At the end of the day, it’s an opinion poll, no matter how it’s tossed and turned, and we know from experience they can get things wrong and have big margins of error. But, irrespective of all that, this one is being built up by traders and so it could be quite a price mover, whatever it says, so whatever we think of the poll itself, we can’t deny it’s likely to be market moving, especially if half the market is going to be watching it now.

And that brings me to the biggest warning of all. The result is due around 22.00 GMT, which is of course the same time as many retail trading platforms run their end of day roll. Many of you know that at this time, spreads can widen significantly and we see lots of erratic moves. There’s even times when you can’t trade. So, throwing a big market moving event into the mix is a recipe for disaster, and that’s the most important thing to remember tonight. You don’t want to be setting any orders and finding you’re flipped out on an entry and stop at the same time because there was suddenly a 50 pip spread in cable. You also need to check your prices very carefully at this time if looking to initiate a trade. Under normal circumstances, if you find you’ve been tossed on a wild 10pm move that didn’t really happen, your broker is going to reverse it. For tonight, they could hide behind the poll news meaning you’re left holding a loss, or even perhaps having a gain reversed. Be careful and check your time & sales against other price providers. We’re also happy to help by checking out any erratic moves. Just let us know.

This is one of those times where an event can potentially bring a decent market move and many of you will want to be in the ring to try and catch a piece of it. However, the dangers are clear and (now we’ve detailed them) well known, so factor them in if you’re looking to trade.

Personally, I’m not very inclined to look to trade this until platforms are running properly and/or unless there’s a clearly defined trade. I’m already holding GBP longs in my slow cooker so I’ll more likely just keep an eye on those.

As usual, don’t get caught up in the hype, take due care with your account and trade safe.