Livetrading update: GBP on the blink as the election euphoria wears off

Pound takes a knock as Brexit looms large once again

As we’ve explained many times before, hard and fast rallies can reverse just as hard and fast, if they’re not built on strong foundations. Right after the elections, we said if it crumbles, the low 1.32’s could be seen. We’ve done worse than that and with Brexit back in the crosshairs, this is exactly the switch into the next trading phase I was anticipating, although I thought we might get the next stage of Brexit passed before doing so. 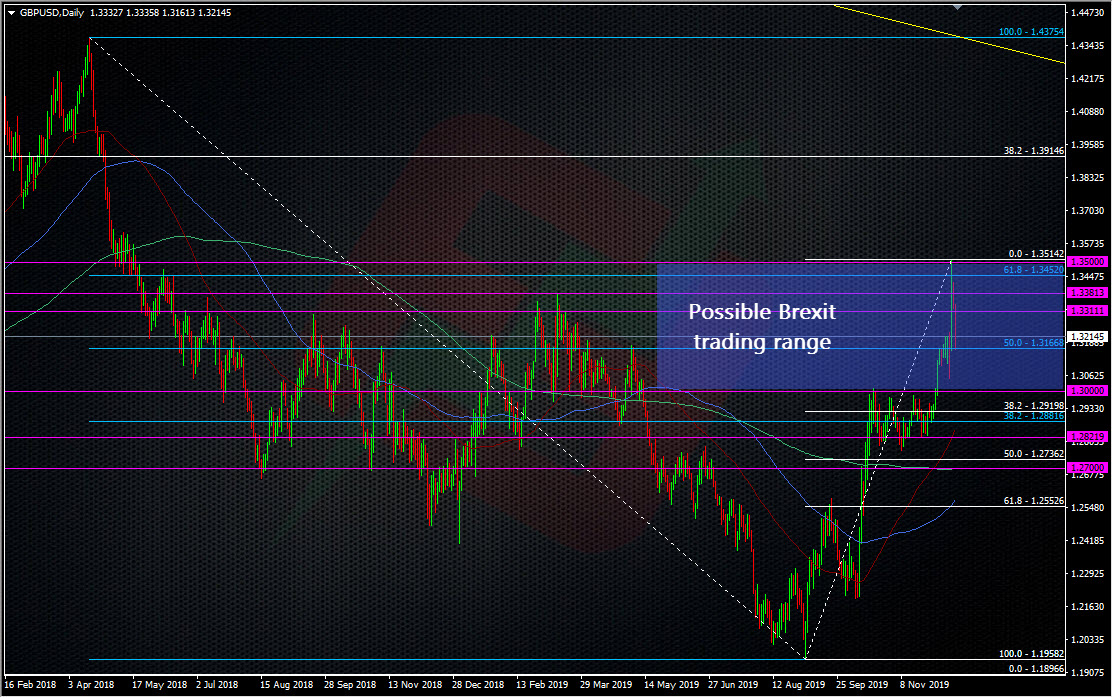 I’m tightening my trailing stops up, and if the pound pops again when/if the Brexit deal passes Friday, I’ll look to TP pretty much all the position as we will be exiting this phase (election & passing Brexit) and entering the trade negotiating period, which is another trade altogether. I’ll keep a small portion of the longs on as there’s plenty of margin in it, so I don’t need to be rash and take it all off, in case we get further moves up on good news. As K’s mentioned in the room, we’ve got year-end stuff to deal with now and also the BOE to navigate Thursday, and that could be important if they set a dovish tone for the new year on the back of the weaker data seen this week. Q1, and probably more so just Jan and Feb, could be crunch months for the BOE and rate expectations, which will come right on top of the start of EU trade negotiations. But let’s also focus on the jobs report today too.

It looks like GBP will be ending 2019, and starting 2020, by jumping out of the frying pan and into the fire but hey, at least that gives us some vol eh?