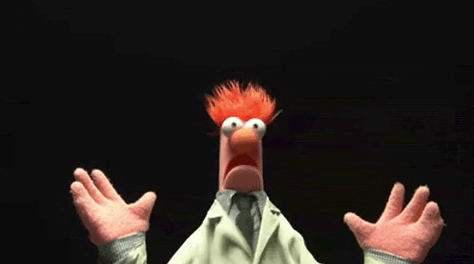 These markets aren’t trading rationally. If you don’t adapt, you’ll pay the price

Let’s start by looking at some numbers.

Globally, 1 in 3 people get flu each year, in most cases, it’s mild and people don’t even know they’ve got it. Then it scales up in terms of effects from being a bit under the weather to feeling really shit where you spend a couple of days in bed. Then there are the cases that cause deaths, which usually hits old people or those with existing, often severe, medical conditions. It’s said flu can kill up to 650,000 people per year globally. If we apply that simply, that’s 54,166 people a month (though in reality there’s some seasonality involved).

When flu cases increase (I’m sure we’ve all been in work environments where it’s spread through the workforce), there’s not been mass shutdowns of towns cities and transport.

For Coronavirus, reported numbers show 82,411 cases and 2808 deaths. That’s over roughly 2 months. Using the simple method once again, that’s a total of 33,696 deaths for a 12m period, about a fifth less that ONE month of flu.

Now, obviously I’m no medical expert and of course there seems to be plenty of unknowns about this virus but I firmly believe (while the numbers are what they are) that the world is in the grip of undue fear. This is something new, the stories of how it came out of a lab are akin to many horror films. It seems highly cointagious but no one has really said whether it’s less or more so than normal flu.

Am I worried? On a personal level, yes, I have a young family and one of my boys has mild asthma, so this thing causing severe respitory issues is a huge worry to me. But, it still doesn’t change the fact of the current numbers. The market is getting jumpy over single numbers being reported. We’re focusing on Coronavirus deaths when an exponentially larger number of people are likely dying from normal flu right now.

When we’re trading fear, market rationality usually goes out the window. Whether that’s fear of recessions, of a financial crisis or whether it’s over a possible pandemic (normal flu’s is effectively a pandemic every year), people and markets panic and we get what we’ve got right now. Moves don’t make sense, correlations breakdown, or change and things can become totally confusing. That’s life for us traders and we have to be careful about how we trade it. The easy thing to do is to largely ignore the reasons why things are moving, and concentrate on the techs. A line or level will hold, or it won’t. That never changes no matter what’s going on. What does change is our risk approach. In times of high uncertainty or fear, volatility rises and so we need to adjust. It’s often wise to scale trade sizes down and keep stops tighter. If there’s an increased chance that the volatility and confusion means there’s a higher chance of us losing on a trade, then we make sure we’re managing our trades to account for that. The market will do what it wants, and we have no control over that but we do have control over how we trade it.

In most cases, I love fear trading because usually you can define the timeframe or sense when the fear is subsiding. That’s ok for fundamental events, but this one is different in it’s nature. If I had to give a prediction for this virus fear I’d put it in two categories;

There’s obviously lots than can happen in between (central bank and government actions etc etc) but ideally, the focus for us should be the fear level. That will change the market sentiment far quicker than CB actions. If the ECB did a virus cut tomorrow, it would take them probably 12m+ before they reversed it. In the meantime, the sentiment could change 5 minutes after they cut and the market is off moving in the opposite direction. Sentiment moves quicker than central banks and governments, so while what they do is important, it’s always lagging what the market is doing.

To repeat, for trading all this, we should only be thinking about the volatility and navigating that as safely as possible. We can’t change the outcome of the virus effect so we have to roll with the punches and trade what’s in front of us. Don’t get sucked into the market fear. Use the techs if you don’t understand the reasons why something is moving but don’t rely on them as much as you might in normal circumstances. Keeping a calm head and analysing the situation with calm logic will often make you very good money (or save you from a big loss) vs trying to follow and decipher what the headless chicken markets are doing.

For us personally, we all hope that this isn’t as bad as the fear is projecting because if it is, trading is going to be the last thing on our minds anyway.