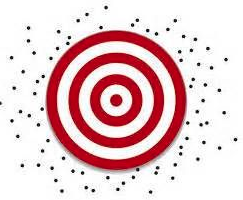 With rising talk about direct Forex intervention, what might central banks do?

We like to be ahead of the game at ForexFlow, hence the warning about an increase in intervention talk 30 mins before two CB’s started talking about intervention ?

But, how might that intervention be delivered? CB’s like to do things differently these days, catch the market off guard with new ideas, so we’re thinking logically about what they might do. The tried and tested method is just to pile in and counter any excess strength or weakness with direct buying or selling.

One idea we’ve thought about is perhaps them placing short-term trading bands in place. That would potentially sap volatility over time as opposed to keeping a market on the hop for sudden and unannounced intervention. Of course, that would create some front running and positioning at either end of any range but at least it would be fairly contained.

There’s also the possibility of coordinated intervention, although, as Kman noted earlier regarding Norges, it seems countries are being left to decide on their own for now.

What other forms of FX intervention could be undertaken? Get your thinking caps on.