Kyle Bass and the HKD story 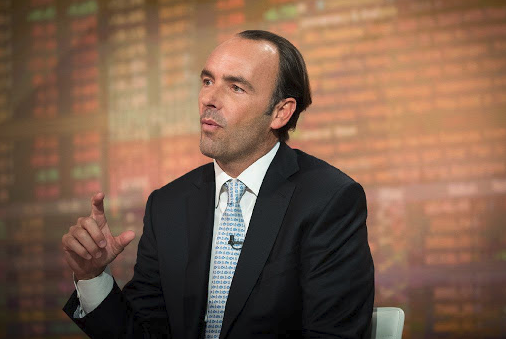 Hong Kong is a hot topic at the moment but it’s not just geopolitical plays being made. Here we look into what’s going on on the trading side

We don’t need to lay out in detail what’s been happening on the policitcal side of Hong Kong right now but the market effect is something we should be paying attention too.

We’ve been trading USDHKD in our trading room for quite some time, playing the 7.75-7.85 peg at either end when the opportunities presented themselves. No trade is ever without risk but having a central bank at your back is never a bad thing (hold back on the SNB comments for now). It’s proved fruitful to trade but now there’s something bigger going on. Obviously, China tightening its grip over HK is big news, and that grip extends into the financial system. The HKMA might look to still be a standalone authority but the reality is that it’s probably pretty much a department of the PRC/PBOC now.

There’s been lots of increased talk about the peg and whether China will let it go. We’ve had stories about the US looking at restricting HK banks access to USD as part of sanctions over the National Security Law. The HKMA has been throwing larger and larger amounts at defending the peg. All of a sudden, USDHKD is getting the spotlight shone on it more and more, and that’s been attracting some big money attention.

Most of that attention has come from US hedge fund bigwig, Kyle Bass. He’s opened a fund to trade a break of the USDHKD peg. It’s said he’s using options to leverage up to 200 times the investment. He’s playing HKD to weaken (USDHKD breaks the top of the peg). He’s also not the first to take on the HKMA as George Soros (1998), Bill Ackman (2011) & Crispin Odey (2016) have all tried and failed.

Bass is said to have been trading his view since May last year, so he’s already waist deep in it, maybe more. His exact trades are unknown but if he’s playing the options then it’s very likely he’s parked well outside the top of the peg, as that would be the cheapest place to buy options. My colleague Kman possibly thinks he’s playing some exotic option strats. What we do know, is that we don’t know. Forex is still an OTC market so wagers can be made between parties that we won’t get to hear about. However, in this day and age of increased regulatory and reporting oversight, it might just be possible to see some signs of what’s going on.

We spend plenty of time looking at the options markets here at ForexFlow and it’s for reasons like this that we do, so that we can potentially find a trade but also so that we have an idea of what’s going on in FX markets generally. So, after a bit of digging we found this;

This is the current view of all expiries between now and 31 Jan 2022, which is pretty much 18 months from June, when the Bass stories started up again. These are the cumulative totals at each strike. As you can see, over 38bn parked on the top of the peg sticks out like a sore thumb. Now, that was with the view that his 18 month options started in June, yet on another view, we see that nearly all the big expiries are done into July 2021, which would tie up with him starting his trade last year, and then opening up a fund early this year. 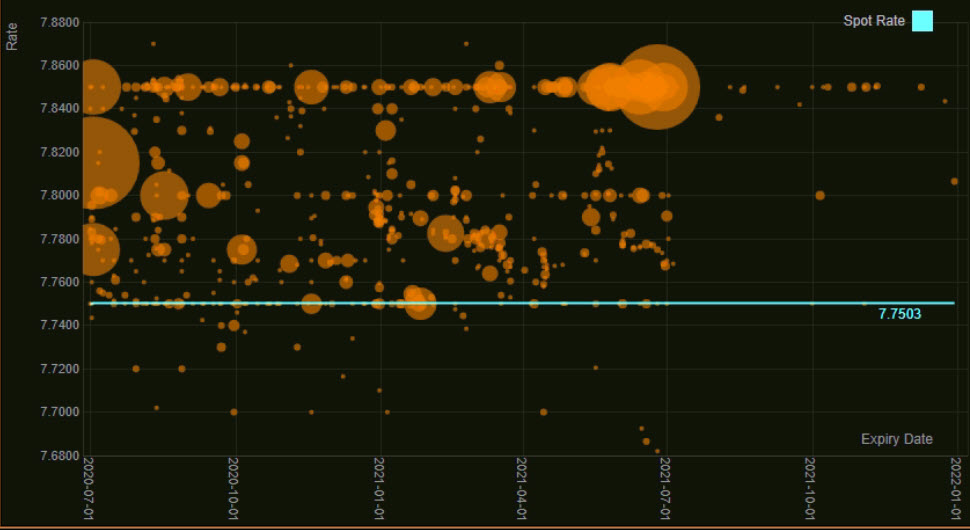 However, before you jump to conclusions that the pics above represent Bass’s positions, that assumption could be very wide of the mark. If, as my colleague suggests, he’s playing some exotic ops strat, and if these OTC strats are not public knowledge, they’re not going to show up here in the usual data we see. What’s more likely is that the above is possibly Bass’s counterparties (banks etc) hedging their exposure to his trade.

Anyway you look at it, the action is all at the top, not the bottom, so this is going to be something to watch into July next year, which is several lifetimes away in markets anyway. Anything could happen in between and we’re discussing plenty those possibilities in our trading room already (CNY/HKD convergence).

This sort of information fishing is our bread and butter at ForexFlow. Traders are always at risk of being bombarded with too much information, so we focus on the information that matters to our trading. We cut through the noise to get to the stuff that brings clarity. The above is just a small part of the discussions we’ve had on this subject, and I’m posting it now so that you have better knowledge on what’s going on among what will likely be a growing number eyeballs looking at this now. So, if you want to know what we think might happen to Mr Bass and his trades, what might happen with the HKMA’s peg, what China itself may do with the currency, or why this is very different to the SNB cap, feel free to join us in our trading room.