Are you one of the 80% of retail traders who regularly lose money? 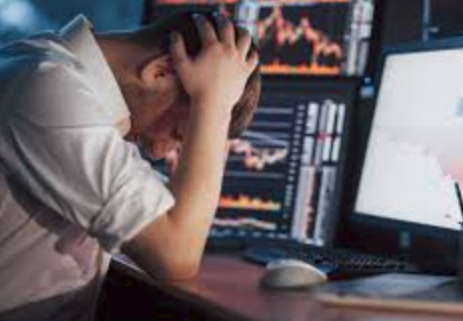 There’s been a couple of stories out in the press highlighting tough times for retail traders. The Times writes that losses have jumped, noting that 80.5% of traders are now losing money, according to broker Plus500’s analysis of their accounts. IG has seen it’s loss percentage rise to 76% from 68%.

Be under no illusions, trading, and especially Forex trading has been quite tough of late. The life has been sucked out of interest rates by central banks and tons of fiscal stimulus being tossed around like confetti. The multitudes of reasons that make FX trading lucrative (such as rate differentials) has dwindled like a river in summer, and traders are having to work harder to find the opportunities. Of course there are still opportunities but the way markets have been lately, you can’t trust holding a position for more than a proverbial 5 minutes.

So, if seasoned traders like me (and I’m not alone) are finding conditions tough, I can imagine how much harder it is for less experienced traders to deal with the conditions in front of us. But, help is at hand if you are willing to learn and take on board some easy lessons.

One of the reasons there’s such a big loss rate in trading is simple. 80% of people don’t know how to lose. That’s lesson number 1. If you don’t know how to lose, you’ve got no chance of learning how to win. In fact, if you learn how to lose properly, the winning should take care of itself. The main reason people lose and get wiped out is because they’re not in control. Losing is part of this industry but it’s up to us to control how we lose. That includes losing the right amounts in consideration of the size of our trading accounts. Anyone losing over 3% per trade isn’t going to last long. Anyone leveraging up their trading account just to trade more money than they have isn’t going to last long either.

There is nothing wrong with losing as long as we lose the right way. This week is an example of that. We had the EU summit regarding the EU rescue fund and budget and it was a big event with a lot of price risk.  Last week I wrote a brief piece about the best way to trade it, to avoid any undue risk. The strategy suggested was using options to position either side of the spot rate close to the close on Friday. It was a strategy purely used to give the lowest risk trade possible. It wasn’t about how much I could make but what I could potentially lose. Using the options, the maximun loss was set in stone, as when buying options, the maximum risk is the premium (price you pay for them). The strat was designed to take advantage of any volatile moves but also to give an opportunity for lowering the maximum loss if I was worng and there was no volatility. And, as we saw, there wasn’t any volatile moves. As such, I took a loss that was just over half the risk I put into the trade at the start. This was all analysed before I placed the trade so that I was in control every step of the way, not blundering in “what should I do now?” world after placing a trade without a plan that then goes wrong.

That is how you lose properly.

Except for the weekend when the market was shut, my maximum loss was always defined and the only other possible outcomes were less of a loss, or a profit. If you learn that, you will find that your profit/loss ratio will improve massively. Your account won’t leak money like water in a sieve because you’re not in control.

Is all this easy to do? No. It takes practice, patience and discipline. It needs you to spend time looking at every aspect of the trade you want to do. You have to run your own risk assessment on your trade. Try to look at it as if you’re judging someone else’s trade. Question it, pick holes in it, write pros and cons lists for it. If you’re just the type of trader who presses the button because you “think” a price is going a certain way, rather than assessing why it might move in either direction, or you don’t trade with stop losses because you think “the big boys are after your stops”, then do yourself a favour, pack up your trading account and go and do something more worthwhile with your money.

If you truly don’t want to lose money in this industry then pull your finger out and start learing how to lose properly, so you don’t end up losing stupidly.

And, if you truly want to learn to trade properly, try coming to a community that focuses on just that, each and every day, for each and every trade. Stop listening to “experts” who talk a good game but never put their own money on the line. We do, and here’s where you’ll find us. Be one of the 20% who win, not the 80% who lose.