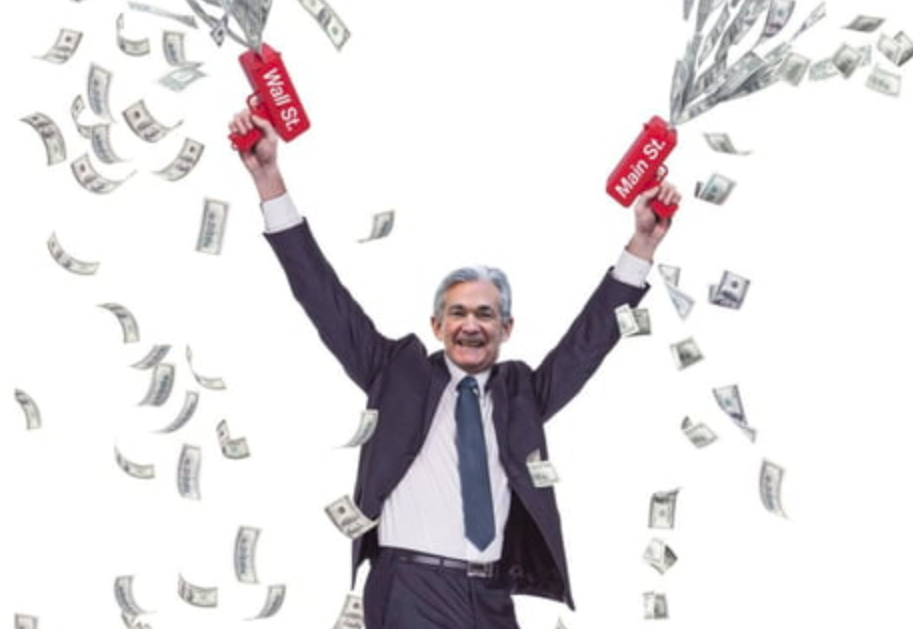 As usual, we like the K.I.S.S method at ForexFlow, so here’s a quick brief on what to expect (or not expect) from Fed’s Powell

Will we be getting the chapter and verse on the framework review, or something similar to BOC’s Wilkins, where Powell just details whats on the table, and it’s all still to be decided on (Sep FOMC?)?

All the market cares about is whether/how the possible timeline or conditions will change for changing mon pol.
Let’s take one aspect, average inflation. This keeps the market feeding from the Fed trough longer because it potentially means
inflation has to run hotter than 2% to get the average up. If inflation rises to 2%, the average might be at 1.0% or less (rough numbers without knowing what timeframe they’ll average over). That could mean inflation needs to be running over 3-4%, just to get their avg up to then start tightening. The problem I have is that while an average might be good on paper, it doesn’t help the economy to have CPI at 4% or worse while you’re sitting back waiting for your avg to catch up. Instead of being ahead of, or on, the curve (which is what the Fed are trying to do), they’ll be behind the curve because an avg is always lagging. That raises one problem. What if inflation rises faster than the avg? We could have inflation running at 6% before the avg catches up to the 2% target. Then what? The damage is already being done before the Fed potentially moves on policy?

The Fed also use forecasts of inflation to help them with their target and if they carry on doing so, they’ll be in no different a perspective with inflation than they are now under current conditions. What is also a worry for me is that going to an avg system means they limit the time they might be able to raise rates to give them some decent rate margin, like they did over the prior few years. At each turn lower in the economy the “lower bound” goes lower. Look at the BOE, ECB & BOJ. No room on rates at all and the only course of action is to go negative. There’s a downward spiral and I think the Fed are worried about that.

For the market, it’s simply a case of if they keep their inflation counting as is, that is actually seen as less dovish than if they move to an avg calculation, because CPI could get to 2% quicker now, than by using an avg, thus meaning tightening sooner (and the punchbowl being taken away). So, all of a sudden the current dovishness becomes more hawkish if they stick to things as is. That’s a bonkers situation in my view.

As for everything else, it’s more of a minefield. I think that while YCC is on the table (they never take much off the table) it seems to be a road they really don’t want to go down because then they are really controlling everything, rather than letting the market do its thing, and the Fed acting as lifeguard. For QE, there’s a million ways to tinker with that so I won’t get into that side.

Lastly, while most people are concentrating on how they might change things from a dovish aspect, what I’m not seeing is much on the conditions for tightening, and that could be the shock news today (if we get anything like that). There’s always two sides to the coin so one counter to the avg inflation thing might be a faster withdrawal of QE and other policies IF the forecasts start predicting inflation to run hot. That will mean they might reduce other policies like QE etc faster before moving on rates, if they think inflation is going to run hot and before the avg catches up.

To summarise. If there’s changes to the framework that pushes out the time to possible tightening, we continue with the moves we’ve been seeing these last few months. USD weakness, stocks Bazill, gold higher, yields lower etc etc. If they stay as is, the reverse happens. If Powell does a Wilkins and kicks the review result until Sep, it will be a mess as the market gets out of pricing now, to price for then.

For me and trading, I think if the Fed indicate they’ll stay largely as is, any USD rally will be potentially worth a fade because irrespective of what framework they use, the economic numbers are still the economic numbers, and they’ll always decide what happens to policy. So after Powell, it will get back to pricing mon pol on what the numbers say. If they do announce big changes, we’ll need time to digest them to see what they really mean.

Given everything going on at this time of the month, it’s setting up to be very volatile so caution is needed. Markets will be here after Jackson Hole, and month-end so don’t feel worried about missing out. If there is big volatility, there’s nothing wrong with sitting on your hands until it’s past and things are clearer.