A huge week is coming in FX markets – Are you ready for it? 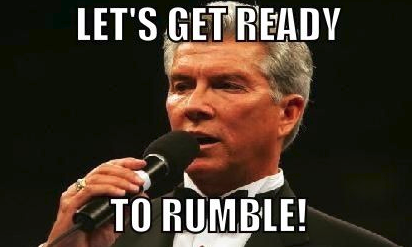 There’s been many, many features about 2020 so far that have made it one of the most bonkers years ever, not only in our lives but in trading. We’re three quarters of the way through it and really nothing should surprise us now. If Aliens dropped from the sky tomorrow, most of us would go “meh, that’s 2020 for you”.

The fact that we’re three quarters of the way through is the starting point for this post. Over a week ago we started planning for month-end here at ForexFlow. Not only is it month-end but it’s quarter-end too, and even that’s got some extra spice for being Japan’s fiscal H1-end also.

Month and quarter-ends have taken on greater significance and focus for trading this year, given the volatility we’ve had in stocks. We have bank models predicting rebalancing becoming more widely watched, and it’s become a hectic exercise for those who need to rebalance the books trying to spread the load, and those trying to front run them. Despite more dynamic rebalancing happening (spread over maybe a week or so before the period end), there’s still plenty of business that needs to be done in the final 3 days of the month, This is what is making September a potential cracker of a month-end. The last day of the month is Wednesday, which means spot-value date is Monday. It’s usually this day and the last day that can see most of the action around the fixes. We’ve also been seeing increased activity around the more minor fixes during this time, rather than all at the London fix at 16.00 BST. What makes this a bit different is that if the month-end is at the end of a week, then we’d likely see more flows spread out across the week. In this case, because of this weekend falling right in the middle of that extended trading period, there’s a chance a great deal of the rebalancing was held back to get over that hump, and thus will make things busier than they might have been.

This year, the month-end price moves have made FX markets very hard to read. You only have to look at what happened into the end of August, especially in GBPUSD and EURUSD. Over that period, GBPUSD ran up over 400 pips in the week leading to EoM, and EURUSD ran up 200 pips to hit 1.20. On 2nd Aug, they both crumbled. That was just supposedly a normal month-end but we’d seen the moves pick up in the week leading up to it. It also highlights the fact that the 1st of a new month/qtr can be as busy as the closing of them.

On it’s own, I might not make a big fuss about this month/qtr-end but on top of all that, we have a ton of big data this week. We have inflation numbers in Japan, Europe and the US, GDP readings, PMI’s (Markit finals and US ISM), unemployment and employment data, tons more on top and all culminating in the NFP on Friday (with Durables after to finish things off). With the central bank focus (especially the Fed and particularly with their new “counting measures”) on jobs and inflation, there’s going to be a lot of focus on this data.

But that’s not everything either. We still have Brexit cooking, a whole host of large forex option expiries, the virus and perhaps one of the biggest events of the week, the first live US election debate between Trump and Biden on Tuesday. This alone could be very big for markets because the first debate in these types of situations can set the trading tone for the whole election. Opinion polls are one thing but experience has shown me that the first head to head battles can be very important for setting the tone for an election. Whoever comes out on top, will leave his opponent playing catch up.

It’s all adding up to be a volatile cocktail of data moves in amongst the end-of month moves, and all the other events that has made 2020 such a crazy year so far.

As usual, the best way to trade through it is to plan, plan, plan and be as ready as we can. We need to assess the risks at every stage. What happens on Monday could pull a 180 on Tuesday, and again on Wednesday. It’s going to be a week for being nimble not static, careful, not bold. This is where the community here at ForexFlow comes into its own. We have an incredible range of traders in our room who have their fingers on the pulse when it comes to situations like this. We have the people, the information streams and the knowledge to navigate the week as safely as possible, and help guide the less experienced traders in the community. We don’t deal in fluff or after-the-event analysis of charts and price moves, we deal in what’s coming and what’s happening live.

If you’d like to know what’s really happening in markets (as it happens) this week, and if you want to know what to expect and how to trade through it safely, feel free to come and join the people who actually trade it live, not just waffle on a website about it after. Check us out here. Feel free to ask us any questions about what we do here.