Some thoughts after Fed’s Powell and incoming President Biden 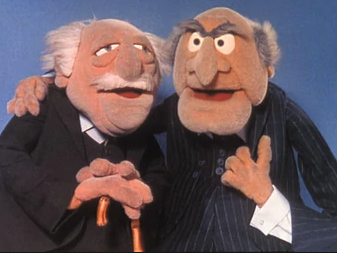 A slightly longer review of Powell and Biden to last night

Sometimes sleeping on something can bring a bit of clarity the next day, and doing just that has helped with analysing the Powell and Biden stuff.

Nothing unexpected from him in the end. Fed will do what it’s doing until they feel they don’t need to do it anymore. No changes to expected time lines offered, brushed off the growing talk about tapering with his “Now is not the time to talk about an exit” & “Rates will rise when the time is right and that is no time soon”

However, there’s a couple of lines that still stick out this morning.

One is the one on “troubling inflation” and I feel he might have painted himself into a corner a bit here.
Firstly, what constitutes troubling inflation? Is it inflation running far hotter over 2% than they might expect? Is it imported inflation that can’t be affected by interest rates? Is it inflation from sector bubbles that may appear in a recovery? That line creates new questions for the market to ask.

Secondly, he said they could hike on troubling inflation, so how does that fit in with AIT? If they’re going to hike on inflation overshooting rapidly, where’s their pain level? The market will want numbers. Is the pain 3%, 4%, 5%? What would that mean for AIT if inflation is “troubling” at 4% but the AIT is less than 2%? Can you see the box he might have put himself in?

The other line still bugging me is about the tools they have to use on this troubling inflation. Again, this may fall into inflation that might come from bubbles, like housing, where perhaps they can target specifc rates or intruments like mortgage rates to take the steam out without moving the FFR. That might be possible considering the amount of MBS they have on board. Something like that only works if it is a specific inflation, not a widespread inflation. That’s why I was so puzzled by the comment last night because I don’t know of any other direct tools to combat inflation outside of the main one, rates. I don’t know the answers and that’s the point. This raises others questions that may need answering.

So, a couple of comments that to me, open the door to another line of conversations. We’ll have to wait and see if the market picks up on it.

1.9tn confirmed as a virus bandage. From a recovery timeline point of view it can be ignored but not entirely. It may not be the infrastructure type stimulus that some of us want but what it does do is potentially stop things from getting worse before they get better. It’s about what level things are at when/if the expected recovery comes. Without it, the US economy could suffer more, meaning it has more ground to make up in the future. Without this stiumulus, a recovery would likely take longer, meaning the Fed stay easy longer. What comes now is how easy it is for Biden to pass it and what changes Rep will want in it. Even with the Dems holding both Houses, it’s still not as simple as clicking fingers and it passes tomorrow. From a political perspective, we need to see how this may unfold and I’m sure there’s going to be the usual bunfights.

The econ boosting stim is yet to come. Next month according to Biden. This might overshadow the virus stim because what’s in this package is what will drive activity and the usual broad range of risk assets. This is what could bring the big swing out of safe haven trades, and one of those is US bonds. Now, as much as there’s arguments for debt and the deficit and all the monetary affects that may hamper USD, what can’t be ignored is the investor input. For one thing, governments chucking out free money is an executives wet dream. When govs do big economic stim, businesses like to go a grab some and investors want to ride the boost that gives to assets. If you’re an investor, you’re going to be watching the recovery races and you’re going to put your money on who’s leadingr. In global invetsment terms, there’s always shifting tides. We’ve seen it with money moving to EM’s, then to majors. The money goes where the best opportunities are and for FX that can often mean big flows. Of course, there’s no guarantees the US will win that race but they’re going to be the strong favourites. Now also, I’m not saying that investors may win out over the monetary crowd, just that they can’t be ignored. It all goes in the pot and only time will tell what will happen.

For now, next month is a lifetime away in trading so we’ll have to wait until we get further details on the econ stim before making any calls on that.

Overall, in the grand scheme of things, nothing has changed. The market has really barely moved on both Powell and Biden so there’s not much to reassess. Everything carries on and yesterday becomes yet another small blink in time until the next one. The important part for me is that nothing new and negative has been injected into things. On an intraday basis I think the market/inflation crowd may feel a bit disappointed by yesterday, so I won’t be surprised to see yields suffer, or that view as a whole lose some steam. However, none of this will get the market dropping the bone so I expect the theme to keep on bubbling. What US trader do when they get in could set the tone for moves this afternoon. They’ve also now slept on things so may have something to say when they come online shortly.