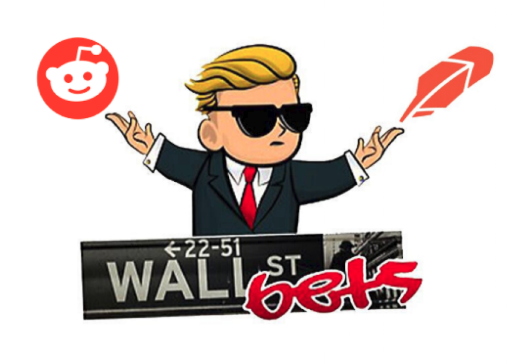 Is it all over before it really started?

FWIW I think this whole saga has been brilliant but they’re now becoming victims of their own success. WSB has become pedestalled by a clueless press and infiltrated and bastardised beyond recognition by the very people they we’re fighting, and every fucker that’s using the movement to pump their own shit (go see how many people have hashtagged their twitter accounts with WSB).

You only have to look at silver today to see the blatant book talking by industry insiders, and the media putting WSB forward as the driver even though the WSB lot have being saying not to pump silver. Not to mention the positional dynamics in silver are completely different. It’s been all the other actors jumping on the bandwagon that’s done this to silver, with many claiming they’re part of the WSB movement. Think it’s strange that the news wires are suddently full of stories claiming scarcity in silver?? That’s real manipulation for you.

There would have been loads of retail casualties among retailers in last weeks GME moves and now all the broker restrictions, and it will be hard for the WSB to build that momentum up again with as much force. I don’t care how strong your message is to “hold”, you will never override the emotions of the average and inexperienced retail trader, which predominantly is fear. Seeing a price running from $70 to $500 and back down again would have caused massive panic among 99% of those with money on the line, and I dread to think how many got burnt.

If WSB is still around in a month’s time, I’d be surprised. As soon as something like this goes mainstream, that’s usually the death knell for it. I really, really, really hope I’m wrong but unless they go private, or change their methods, it’s going to be an uphill battle to move forward and do what they did to GME, in other stocks/assets, and now Wall St is clued up to the game, they’ll use it to their advantage.

I will be sad if I’m right. They took the fight to Wall Street, won a small battle and showed what the might of many could achieve (even though there’s plenty of evidence to suggest they also had some hefty tailwinds from big fund players right at the start, and also during the moves). However, it will take much, much more than that to take Wall St down. Maybe this is the start of a revolution? Sadly, I suspect not. This was no more than a paper cut to Wall St, irrespective of the headlines.

Much respect to the WSB’ers and I hope they don’t disappear but as someone who’s been in this game for as long as I have, I know the way it’s played, and I play along with it, even if I don’t think that the game is fair. We retail traders can only deal with what’s in front of us. We can only work within the ‘house’s rules’, be they government regulations or on ‘Wall Streeets’ terms’. For the vast majority of us, we don’t make money fighting the house, only playing to the same rules, sad though that sounds.