GBP faces a test from UK elections and is a BOE taper on the cards? 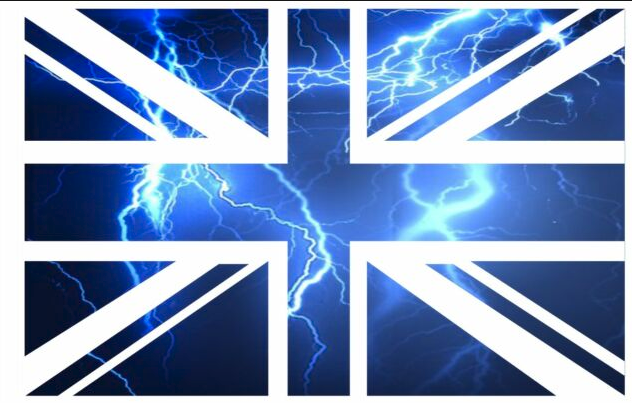 It could be a choppy time for GBP this week

The latter part of this week could bring some waves for GBP, as we have several events coming on Thursday.

Potentially the biggest event of the lot. The ruling SNP party will want to win a majority (currently hold a minority) as they are hell bent again on another Scottish independence vote. However, the potential fly in their ointment is how the public have perceived leader Sturgeon’s handling of the virus and lockdowns (not too positively). If the SNP get their majority, that could be the first wave to hit GBP, as it will cement their push for another referendum. Another ref isn’t a done deal though just from a big SNP win, as Boris still holds the strings to whether one will be allowed. What it will do is create a (another) long battle between the SNP and Westminster. For GBP, there may be a knee-jerk move down on a strong SNP win but the reality will be something more drawn out. While Scotland becoming independent might be seen by some as negative for the UK (a break up of the Union), there’s another train of thought that it might be positive in the long run as there will be one less mouth to feed by Westminster.

The main risk for the SNP is that they do far worse than they expect and lose seats. That might bring a small positive tone for GBP, depending on who picks up the lost seats. If it’s the Conservatives, that may strengthen Boris’s hand in fighting an indy ref.

This election is for all 129 seats.

The press are bigging up the importance of these elections but they don’t really fit that billing. There’s actually only one Parliamentary seat up for grabs (Hartlepool). This is a vacant seat that was formally Labour but there’s a good chance Boris’s party might nick it. That alone could be a good indication of support for the government’s handling of the virus, which is largely being praised around the country. Certainly, that has been top most in voters minds than the “Cash for Curtains”  rubbish that’s been headline news for the last couple of weeks.

Overall, these elections aren’t that important from a Parliament point of view. The majority are council and mayoral elections (there’s 143 council elections, 13 mayoral, 39 Police commissioners & 25 London assembly seats). At best, they will potentially indicate changes in voter sentiment for any party but they don’t mean as much as by-elections where seats are involved. However, London will be one to watch if there’s a change in mayor, because of the possible impact to the City of London and all the financial services firms therein. A business friendly mayor can sometimes be good news for GBP.

For GBP, the press will make a song and dance of the results and GBP will likely move more so on algos picking through the headlines than anyone genuinely taking a side on the results.

There are also Welsh Parliamentary elections for 60 seats.

This meeting is getting a bit of attention as there’s some growing expectation for the BOE to signal some changes. Most of that revolves around QE and tapering but in this case, if they do signal something, it might purely be a mathematical equation rather than a hawkish move.

Last Nov, the BOE committed to an additional 150bn in QE, to be run until “around the end of 2021”. This would bring the total QE to £895bn. As one of our trading room roomies pointed out, that means some juggling of the numbers might be due. As of March, total QE stood at £785bn. with monthly purchases at £20bn. Continuing at that rate would see the BOE hit it’s target around August/September, which puts it a bit short of what most perceive is “around the end of 2021”. The prior MPC minutes do state that they can be flexible in slowing purchases.

So, we face two lines of thinking.

1. At this meeting, they see the economy sufficiently improving to be able to suggest a future slowing of QE.

2. They may indicate a slowing of QE just to fit their timeline for completion.

For GBP, overall, a “taper” that’s largely a necessity rather than solely based on economic performance is really GBP neutral. However, they’ve still got 5/6 months to suggest some “flexibility” so an indication this early could be taken with a hawkish slant, and thus give GBP a boost. As usual, it will all be about how the BOE sell it (if they do at all). What does need to be noted is that this meeting is a Monetary Policy Report meeting, so updated forecasts and a presser. This could make it an apt time to announce a change in thoughts and to explain them all away.

Of course, this will come on top of updated forecasts, which could be bullish for GBP if things like GDP and inflation are raised, as it will bring a change in rate expectation pricing. One would have to say that the likelihood is that the path for those will be higher (at least in growth), so GBP will likely respond in kind. The bigger price risk is if forecasts don’t move up, or the BOE see some additional worries. Like all the other major CB’s the BOE will likely be singing a similar tune about “transitory” inflation etc but be prepared for them to offer a slightly different view. It’s worth remembering that a lot of UK inflation is imported, which interest rates have very little effect over (think imported energy). Some of that “imported” inflation can be offset by GBP strength but it’s a double edged sword. 4% inflation in the UK can be very different to 4% inflation in the US, for example.

Overall, the first two events shouldn’t be massively market moving or trend changing for the UK but don’t rule out the algos and the press for making juicy headlines out of it. The elections should be resolved by early morning Friday 7th.

The BOE does present more price move risk but we need the fine print from the BOE before making a decision on whether any moves are real/game changing, or just reactionary to the headlines.

As always, we’ll be chewing over all this in more detail in our trading room and formulating our trading ideas to cover as many bases as we can. If you’d like to join the party, to be suitably informed on events like these regularly, you can join us here. Otherwise, as ever, I wish you luck with your trading, whatever you do over these events.