Central banks are in trouble again 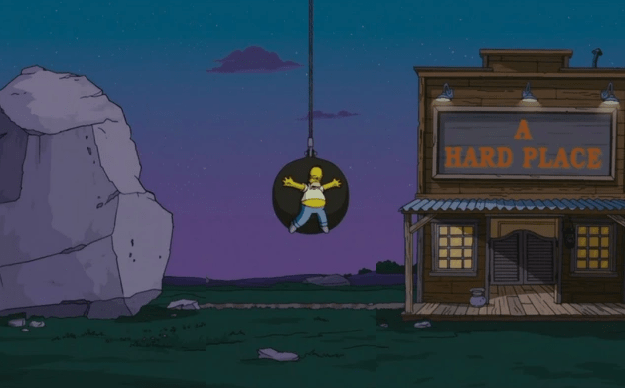 Do you know what a central bank doesn’t want when it’s trying to play catch up on an inflation shock? It’s another inflationary shock piled on top of the first one.

If you’ve been following ForexFlow for any length of time, you knew in 2020 that we were worried about the prospect of inflation rearing its ugly head in 2021. Then, last year we saw the stagflation risk for 2022.  That risk has now grown exponentially due to the terrible situation in Ukraine. The scramble to lessen reliance on Russian resources is bringing huge volatility to energy and commodity markets by way of rocketing prices. This is a barrel full of inflation fuel thrown on to an already hot inflation fire and it’s going to give central banks an even bigger headache.

We already know they’ve been behind the curve over inflation, hence why the Fed is now pulling out all the stops to end QE, start QT and get into hike mode. But then WHAMMO! They get another big global shock to deal with which is going to bring even more inflation.

Now, my view of central banks is that they can no more control inflation with policy than I can steer an oil tanker with a teaspoon. In quiet times, yes, monetary policy can have an effect over inflation but those times are few and far between and akin to trying to herd sleepy sheep. In this current scenario, they are well out of their depth.

The stagflation risk we saw for 2022 was based on how far inflation went up, and how hard central banks tightened, and that impact on economies. If they managed some semblance of balance, the risk would have been low. Non-aggressive hikes most likely would not have too much of a negative impact, IF economies continued to tick along well enough. As supply issues faded and inflation moderated, central banks would have had a better idea of how economies and inflation would react, and so would have been able to nurse monetary policy to suit. Unfortunately, that’s all been thrown up in the air due to the Ukraine conflict. What we have now is both another supply shock (due to the importance of Ukraine and its workers (many work in Poland’s large logistics sector)), and an energy and commodity shock (again, of which Ukraine has a big input to), and one that is going to heap huge pressure on central banks.

The context for central banks has changed, and this change is very important for us traders. Before the conflict started, the market and its expectations were set for a Fed hike this month, and the day to day data just swung the pendulum on whether a hike might be 25 or 50bp. Trading those expectations is small beans in real market moving terms. A hike was priced and we were trading the icing on the cake. Whether inflation (due this week) came in somewhere between 6-8% was only a big deal for the 25/50bp expectations but that has changed dramatically now. For the Fed (and all the other CB’s), the importance is not what inflation was in Feb and whether it is going to taper off this year, it’s what this latest shock is going to do for inflation in the next 3-6 months. In the space of a few days, central banks have had to switch their focus further forward. The March FOMC members won’t be talking about what mon pol will do for the situation now (as they would have done if there was no Ukraine conflict) but what they can do for the situation to come. They aren’t going to care that inflation is 6,7,8% now, when they’ll be panicking about whether inflation is 10, 15, 20% over the next few months.

So, this fundamental shift in what CB’s have to think about changes the picture for how central banks may act. A lot of the market has taken the conflict to mean that CB’s will be less hawkish. All those 50bp expectations have been wound down but I actually think that now there’s a greater risk of faster and bigger hikes. There’s a few reasons for this.

This is where the stagflation issue raises its ugly head above the parapet. The stagflation risk is now much greater because the supply shock issue will now continue for longer, and may get even worse, and inflation is going to balloon. Before the conflict kicked off the stagflation question was one of timing. We had supply issues but demand was still strong. Despite backlogs, firms were still willing to wait and continue as normal, while recovering from the virus shock. But, that wait isn’t finite. The risk was that the longer backlogs persisted, the greater the risk that the demand dried up. Firms only have so much capacity to wait. If there’s a shortish period for backlogs for goods, business can keep turning over. If that backlog time increases, there comes a point where the end user of products stops ordering because it can’t fulfil its customers. Then producers and manufacturers grind to a halt because they’re waiting on backlogged resources and materials to produce goods. What we then see is demand dropping off a cliff, which is very bad for economies.

Here’s a layman’s example. A tyre garage sells 1000 tyres a month but due to shortages, is only getting 200 tyres a month. If the business is set up for 1000 tyres per month but is only doing 200, it’s not going to be earning as much. If its breakeven is selling 500 tyres a month, it’s now losing money. Over a protracted period of time, it’s going to have to make some harsh choices about cutting costs. That means maybe paying less in wages, scaling down the workforce or moving to smaller premises. Now take this effect up the whole chain, to the tyre producers, then the raw material producers/suppliers, and widen it out to other sectors. All of a sudden, we now have a slowing economy, and growing unemployment, all because orders can’t get filled due to supply issues, all while inflation is still running hot and CB’s are in a hike cycle. Now we have stagflation conditions.

The Ukraine situation has the potential to create the stagflation conditions faster, and then CB’s are into a whole different ballgame. If we do see stagflation, there’s really two choices for central banks. Try to fight inflation (raise rates), or try to protect growth (lower rates).  There’s that rock and hard place again. If we get to that situation, that’s going to bring a huge amount of market uncertainty over CB policy and that will create some volatile markets as the expectations change and redevelop. The long and short is that for us trading, we could fall off the path we know (CB’s in a hike cycle), and on to one we don’t. It means the trends that we’re in or expecting suddenly change. We go from the relative ‘known’ to the ‘unknown’, and very quickly. Now, I’m no economist so I don’t really know what the central bank reactions will be. If stagflation becomes reality, I think they may side with trying to protect the economy over fighting inflation. I think the prospect of negative rates comes into the picture again but I’m not so sure QE will. I don’t know how (nor think that) mon pol can solve a demand blockage and it might mean that fiscal policy will be the bigger action needed (think lower taxes). That won’t solve the issues but it potentially helps businesses wait it out a bit longer. Of course, that will be backed up by CB setting some of the financial conditions.

Now, once again, this is all on the clock. The longer the conflict goes on, the longer the supply shock continues, the longer the energy and commod issues (inflation) continues. If we’re still in the midst of this in 2-3 months time, stagflation is probably a certainty. If there’s been a quick resolution (and we all hope there is for the obvious reasons), then at most this episode maybe becomes a more temporary supply/price shock (albeit on top of the current one), and CB’s stay on their current path. I still think in either scenario, the risk is that CB’s initially hike harder and faster than expected in the short-term, just to get that wriggle room I mentioned earlier, before then deciding about what to do in the longer-term.

For us traders, we just need to spot the possible changes to central bank thinking, and that starts this month (March, and with the ECB this Thursday). What central banks say over the coming days could change the whole picture for market expectations, and that will mean some big moves.

Who said trading was ever boring eh?

We discuss these subjects daily in the Forex Analytix chatrooms with a view to how trading opportunities may develop. If you want to be the first to know what those opportunities may be, you can join the chatroom here with an exclusive ForexFlow discount of 20% off for as long as you subscribe.