The buck has found some favour after the ADP numbers. They look to have been some icing on the cake as we’ve been going up all day in USDJPY. That pair has hit a high of 114.24. USDCHF has trucked on up to 1.0022, and USDCAD has moved back into 1.29 to test the overnight highs around 1.2909.

GBPUSD is still in the grip of pre-BOE strength so it’s not straying too far from the highs, and it’s EURUSD that’s suffering both from theUSD strength, and pound strength via EURGBP. We’ve just touched 1.1605 with the 1.1600 & 1.1580 levels next in the support frame. 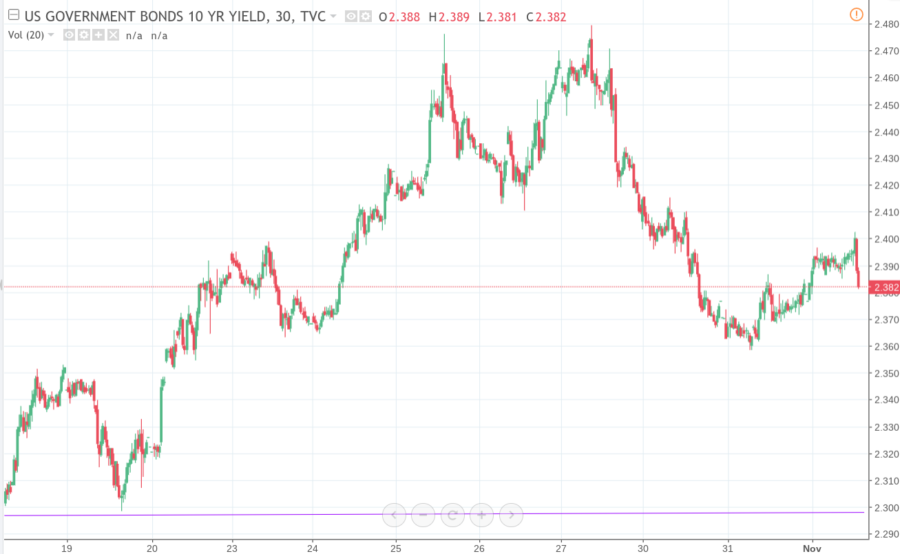 USDJPY and US yields have been walking hand in hand recently but they seem to have had a lovers tiff. We’ll see if that pattern continues over the big ISM numbers up at 14.00 GMT. The price components. They were very strong last month with the prices paid coming in at 71.5 vs 64.0 exp and 62.0 in August. They are expected to drop back to 68.0 today but another strong number will be jumped on by inflation watchers. The main headline number is expected in at 59.5, slightly weaker than last month’s 60.8. Ahead of the ISM we get the Markit manufacturing numbers from the US (final read).