Steady start to the week for these two. Some opportunity for traders willing to trade intraday.

I’ve been scalping for a few here and there without having to take too much of a bias long or short. The Aussie is being contained within the flag (yellow areas) so no real clues to the bigger picture as yet. 0.7730 to the upside and 0.7620 below are the levels that I’m watching still . 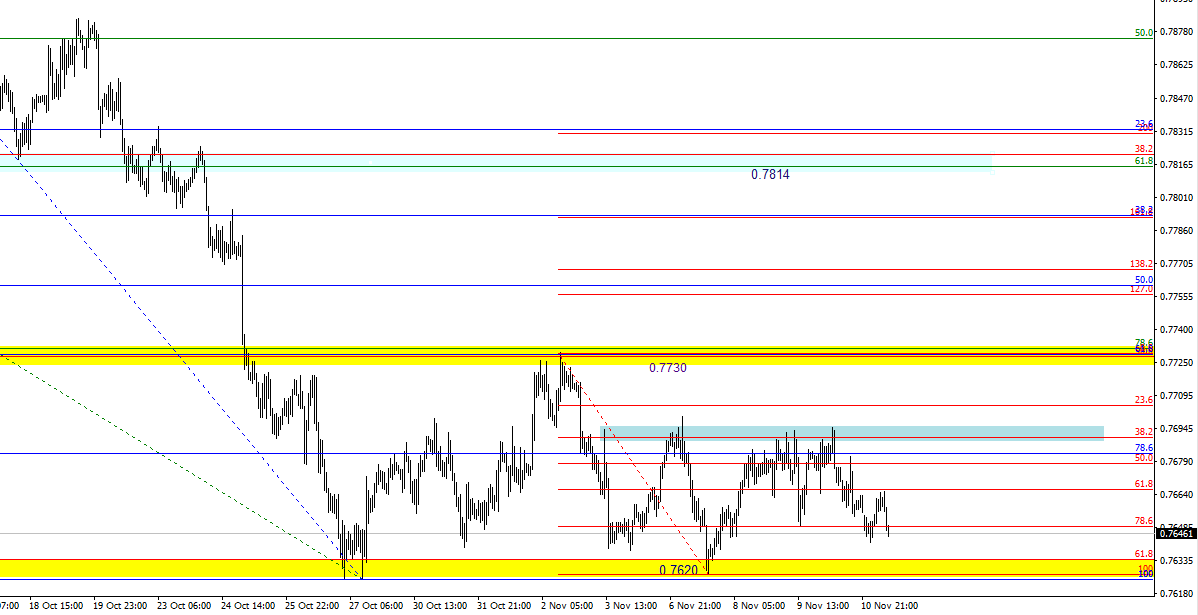 Kiwi is in retreat after defining a trendline from the beginning of the month. Not much to go on, but taking note of where price halted at the 61.8% of the last swing high-low. This level up around 0.6980 becomes immediate resistance for me now. I favour the downside and have opened an intraday short position . 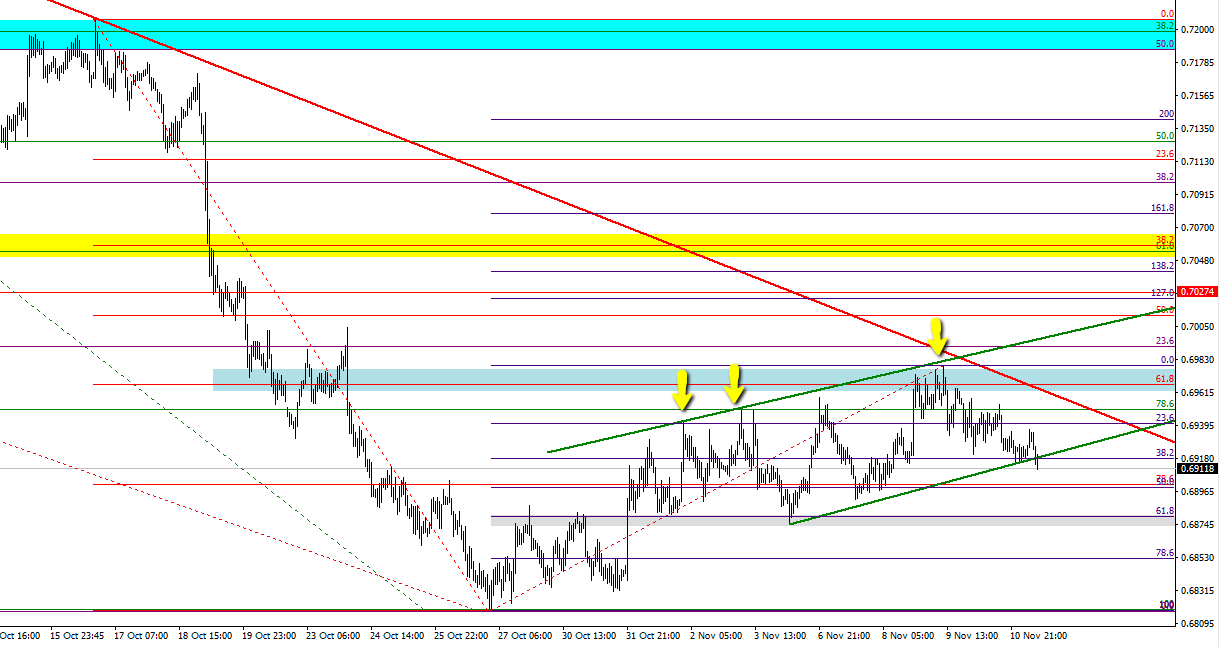