Is it time to get nervous? BOJ watchers think we may come closer to a policy change 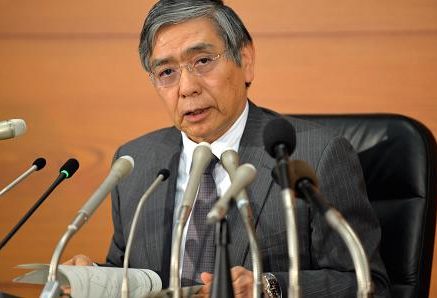 Expectations are slowly building for a possible April shift

A number of Japanese BoJ connoisseurs have detected a change in speech by Kuroda and friends since the beginning of November. Reuters has this article , joining the opinions that we may soon see a more pronounced warning that negative interest rates and keeping the longer term rates close to zero have to much side effects. A first step could be the loosen the grip on the long term interest rates.

The biggest one being that the big Japanese lenders are feeling the pressure on their profits. And if profits are low, so will Abe’s much advocated and needed wage rises. That makes an April shift plausible as that’s when the wages will be negotiated. Growth is picking up, so are economic data lately. Only inflation is stubbornly staying low but isn’t that a problem all leading economies are wrestling with? So that reason for keeping everything in place could soon start to wane, I must agree.

To be followed and monitor all BOJ official comments closely from now. Any shift will see the JPY start to pick up. I just remind you that 110 and below should see Japanese investor bids. And it’s not while the YCC will be loosened that the BOJ will stop buying ETF’s. That could cause some de-correlation JPY-Equities.