Lots more Brexit news to kick the week off with

The pound closed out last week with a spring in its step after a story hit the wires that Spain and the Netherlands were open to a soft Brexit. That helped propel cable up through 1.37 on Friday and the headlines are still rolling in. Over the weekend France said it wanted the UK to pay more money for border costs, and just now, Macron has popped up to say that they are looking for more money from the UK and there will be discussions on the matter.

The bigger news this weekend was Luxembourg PM, Xavier Bettel, coming out and saying that (on Brexit) countries should “refrain from an orthodox or binary thinking” and that;

“From my point of view, and when I listen to our industry and business people, most would be happy to stick as close as possible to the current status quo,”

These comments, alongside those from the Spanish and the Dutch, further show a softening of rhetoric from EU state heads, and that’s important because they are the ones who will be rubber stamping any deals, not Barnier or Juncker. March is still the next big Brexit event date where we will supposedly get some idea of the type f trade deal the UK will be looking for. In the meantime, the Brexit headlines are favourable to the pound but there is still a strong risk of retractions, denials and negative comments, so bear that in mind.

GBPUSD also has a tailwind from the weakening US dollar and that’s helped propel it up to the next big level which is the 61.8 fib of the Brexit drop at 1.3859. 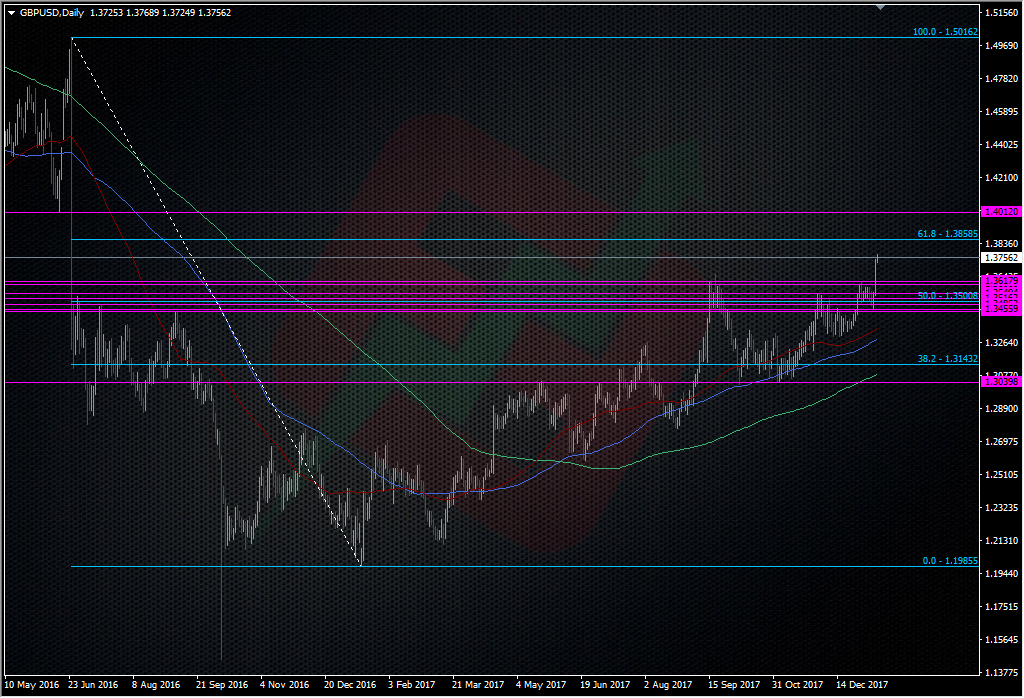