Why did the dollar get a spanking and what happens next?

Yesterday’s dollar bashing took a whole new lease of life, so what’s really behind it all?

The current forex market moves have been quite surprising, not so much for not being expected but how volatile they are. I was expecting any dollar rally to be hit on the CPI data but not so quickly and not as violently. The theme this year is pretty simple. Economic recoveries are in place and central banks are normalising. This new normal is the same as the old normal, before that normal got all f-kd up by the crisis. There’s a simple asset switch going on and that’s happening for several reasons, and bonds are in the thick of it. Call them correlations or rule of thumb, it matters not. What does matter is that we try and identify what is going on and how it affects our trading.

Government bonds are used in two ways. Safe havens and yields. When the poo hits the fan, we see flows into safe government bonds like Treasuries, Bunds and Gilts. Those are where investors see the greatest safety. So, when things calm down and the fan has been cleaned, investors come out of their shell and go spreading their money around, and thus exit the safety of bonds and entering higher risk or higher return assets. So, as bonds get sold, yields rise, and using one of the correlations or rules of thumb (in a situation of an improving economy), the currency of the country in question rises alongside yields. The two aren’t really connected, correlated by direction yes, but not by design. The currency rises because investors are putting money into that improving country. They put it into stocks of firms making good in that country. It’s all about higher returns.

So why is that not happening in the US and with the dollar?

To some extent it has been. Despite the trend lower in the dollar since the hike cycle started, the dollar has seen good demand. Overseas investors have piled money into the US. US stocks haven’t just risen on domestic money. “But what about bonds?”, you say. “They’re near 3%”, you say. Well, 3% may sound like a very decent return compared to interest rates, so it’s natural to think that they’d be in demand by investors and institutions. Surely hedge funds and the like are flooding into a juicy 3% return? Well, they’re not and the big fat reason is inflation. I’ll take the very simplified route for this one. If you have a bond yield of 3.0% annually and inflation of 2.1% annually, your return is pretty much 0.9%. There is more to it than that but as I said, I want to keep it simple. If you want to look at it another way, research US 10-year TIPS, which are inflation indexed. The current yield on those is 0.182%, a far cry from 3%.

As you can see, 3% on the face of it might be enticing but when you do the sums, it’s not. That’s why the sell off in bonds (and thus rising yields) is not helping the dollar. It why we’re seeing the market exiting long bond trades that they’ve been holding for years. There are also better returns in the same trades in other countries whose inflation isn’t as high, and so we see US investments liquidated and FX flows out of the US. It’s purely money looking for better yield, and make no mistake, big money will jump from one asset/country if they gain so much as a single percentage point gain in doing so. Big money isn’t as choosy as you or I would be. We wouldn’t move bank accounts for a measly pip increase in rates but big money will. If US/bonds offer net 0.9% and EU bonds offer net 1.0%, they’ll go for it.

Once again, the proof is in the price action. Bond yields are rising because they’re being sold. The dollar is falling because it’s being sold. You don’t need to worry about yield pricing or the minds of big investors. To trade this, you just need to know which direction the price is going and set your trades accordingly. If we’re in a bearish dollar market, you use smaller risk/trade sizes when buying, and bigger risk/trade sizes when selling. You can give shorts more room to roam but you keep longs tighter because you’re going against the trend. You side with the market sentiment because the market is bigger than you, if you choose to fight it.

There’s always two-way trading in any trend but we should always lean with the path of least resistance. Why try and make trading harder for yourselves? Your golf ball flies further hitting with the wind than into it, and the same applies to trading.

So, what happens next?

Given the size of the moves yesterday we should look for a period of consolidation while everyone catches up. We’re seeing that today. GBPUSD is now hitting the buffers at 1.4075 and 1.4060. Support is at 1.4020/00. Break there and we get a steeper retrace. 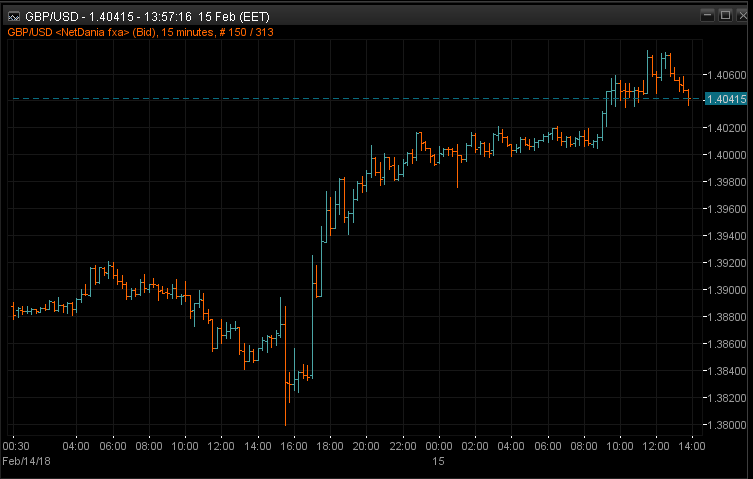 I’m tempted by shorts at these levels because we still have the Brexit risk hanging over the quid, and nothing has changed there. What’s holding me back is waiting to see if there’s more to yesterday’s moves to come. I may be tempted if we test and hold the highs again but I won’t be going in big and I’ll have a tight stop, though to contradict myself, I’ll probably get drawn into shorting a test of 1.41 too, as you know I like my big figs.

The same pattern is seen in the Euro. 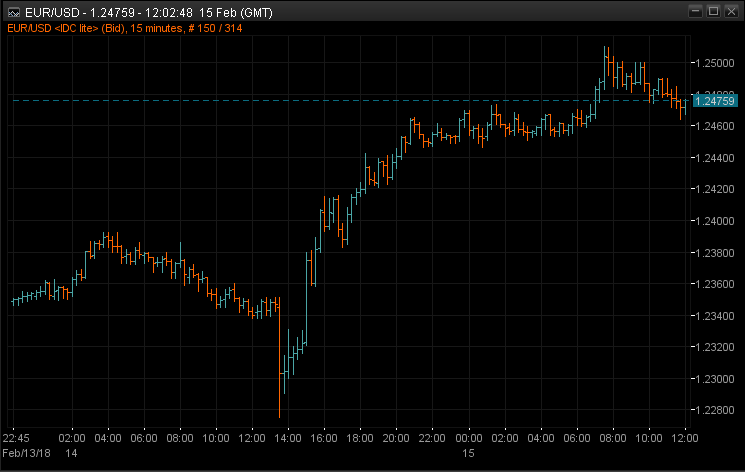 For USDJPY. 107.00 and 107.50 are the only two numbers I’m interested in. Stay below and the trend remains. Get above and maybe we have a bottom, for however long that lasts.

There’s always an emotion to fight a big move and I heard a lot of people doing that yesterday and getting burnt. Look for the clues as they can be simple to spot. Look for new lows/highs to hold a second test before getting in. Keep trades tight so your risk is low. It’s better to have 10 5 pip losers than one 100 pip loser. Let the price action give you the clues, don’t just hold your nose and jump in.