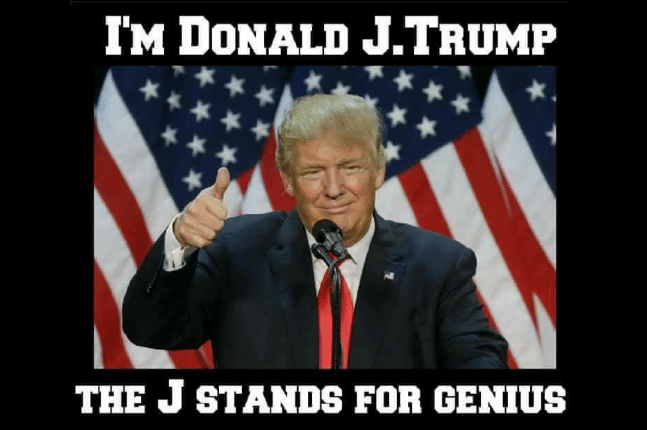 Has Trump pulled off a masterstroke with his tariff plan and trade threats?

Let me set my stall out. As someone from the UK, standing outside and looking in, I’m split over Trump. Some of the things he says and does are messed up. His constant ranting about fake news and answering every ounce of press criticism seems pointless and unproductive to me. On the other side, he talks a good game, and isn’t that what you want from a leader, at the very least, that they’re ready to go into battle for you and your country? I wish we had leaders with that sort of attitude over here and then Brexit might not be such the shit show it currently is.

That’s my simplified view of Trump but I’m watching all this tariff and trade news with a possible new-found respect for him. All I’ve heard from the press, from market participants and businesses is a finite dissection of how bad this is all going to be, how bad tariffs and a possible trade war will be. Everything has been taken apart to the nth degree in terms of ramifications to tariffs and trade wars. Other countries are getting their knickers in a twist over how to respond, and I think this is the masterstroke that Trump has pulled.

If there’s one thing that’s stood out from all the threats and actions from Trump, it’s that this is going to bring people to the negotiating table. European countries are running around like headless chickens not knowing what to do, while Mexico and Canada got themselves into a flap over NAFTA. Yet, when they’ve been ready to sit down with Trump, the result has been much more amicable and sensible than the original headline and chest beating threats proffered by Trump. Even Abe has now made tariffs and trade top of his chat list when he goes to the US and meets Trump. So, is that Trump genius at play here? He’s beaten the drum and now left the door open for any country that wants to prove its “friendship” to the US. He’s put the ball in everyone else’s court top say come and re-negotiate. If that’s his true intention, then it is a masterstroke and he deserves a huge amount of credit for that.

If there’s one thing we learnt from the tax cut plan, it’s that he’s prepared to start high and negotiate down to a level he probably would have been happy with from the start. I see exactly the same happening here, and good luck to him. That’s how a leader of a country should behave. A leader should grab other countries by the short and curlies when he/she feels that they’re being taken advantage of, and the US by virtue of its size, is a country you can’t turn your back on and ignore. Do you think anyone would give a monkey’s if some small country turned around and slapped tariffs on some of its trade? It wouldn’t make the second page in most newspapers.

Before you accuse me of joining the Trump smoke and arse blowers club, I know the proof of the pudding will be how it all develops but, just take a moment to think about the reaction so far from the other countries that might be affected. A trade war will only happen if they respond in kind. It’s in their hands whether there’s a trade war, not Trump’s, he’s just put the shot across the bow.

Trump hasn’t said he wants a trade war, he just wants some things to change, and so far, he’s got Mexico, Canada and Japan at/or coming to the table, and therein lies the genius. Look at NAFTA several months ago. It looked dead in the water but for all the threats, they’re all at the table negotiating. Even the tariffs have gone from blanket to excluding Mexico and Canada.

Love him or loathe him, I think he needs to be given some credit for having the balls to push on with the way he wants to do things. He’s not going to please everyone, and there’s always going to be winners and losers domestically but as I said earlier, taking the best interests of his country to heart should be the minimum that any leader (or potential leader), and any voting citizen should want before they’ve even set foot in office.

Like everyone else, I’m going to watch this situation develop and see how it pans out. If it all goes horribly wonky, then we’ll know he’s no genius but on what’s already happened I’m leaning towards the fact that he just might be.

Finally, how does this all fit into a trading perspective?

At the moment we’re rolling with the punches and headlines day to day. If the US gives Canada a good headline, the CAD gains, and vice versa. That’s how we have to trade it now, and with all the doom mongering analysis that this will hit the US and every other economy negatively. That’s the picture for short-term trading. For the longer-term it’s obviously very USD positive if Trump pulls off what he wants to achieve, which is a fairer deal for the US. If he does, that would be his tax plan and better trade conditions for the US, two huge positives. The dollar isn’t acting like it sees a vastly improving US economy but that’s because there’s always two sides to a pair but if he does nail this, it could mean a return to a strong USD trend that will creep up on us and become something that will roll for a long time. This is not something I’d jump into a long USD trade now for but once other countries and central banks like the ECB and BOJ get their monetary policy back to normal levels, and caught up to the Fed, the monetary policy playing field will be level, free from huge central bank interference and we’ll be purely trading who has the best economy. Given the head start the US has over everyone else, the dollar is prime to beat all the others. As many of you will know, I like sniffing out those long-term trades and trends and I’m getting a good feeling for this one. It might take a year before it all falls into place but I’m in no rush and I see plenty of time for things to develop.

Until then, long live Trump 😉