Greece’s Tsipras could be heading for elections in May 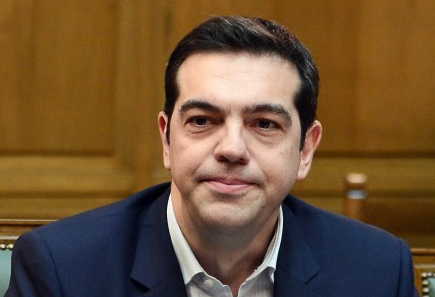 Tsipras could call an election ahead of new memorandum in August

This year is a big one for Greece. As stated by Tsipras in his end of year address;

“We are finally leaving behind the era of supervision, of tough measures and humiliation. And this is a very good reason to be optimistic that 2018 will be a good year for our country and our people,”

As ever, nothing is as simple as that. While Greece will be looking towards the end of the Third Economic Adjustment Program (called Memorandum III), Tsipras is apparently getting worried about any new memorandum that will follow when this one finishes. Part of the problem is that he’s claiming the end of supervision and EU meddling but there will be continuing conditions demanded by the EU and institutions. According to press stories in Greece, it’s going to be how the voters view any new conditions that’s the problem. If they are seen as just extensions of the prior memorandum then voters will think they are still firmly in the shackles of the EU, despite what Tsipras has proclaimed, and that could create further unrest in the country.

This seems purely about how any further conditions are presented, rather than what they may contain but to smooth further political upheaval. It’s said that Tsipras will look to profit on the positivity of coming out of the third adjustment program by calling an election ahead of the next one. That would stave off any political unrest into August when he would have to enter into the new memorandum with EU authorities. The time for possible elections has been tipped for May.

While this may only be about what language is going to be used to describe the new agreement (He’s already pushing for Memorandum IV to be called the “Closer Cooperation Agreement”),  it seems it’s worrying enough for Tsipras as there’s already discussions within Greece as to how the next oversight is conducted and treatment of debt is presented to the Greek people.  Further details can be found here.

At the moment this is largely rumour but it’s gaining traction in Greece so is potentially something to watch over the next few weeks. Elections can be called quite quickly but if we get into April without hearing anything, May might be out, and of course, they may not happen anyway.

Trading wise, the elections themselves may not be too volatile but a sudden announcement of them could catch the market on the hop.