BOE trading preview: Is there any fuel left in the GBP rally tank?

First an apology. We’ve got some tech issues today so that’s thrown my day into a bit of tail chase, so forgive me for keeping this preview brief.

As we’ve mentioned recently, the main factors of this meeting are what the MPC signal for rates in future months, and particularly the May meeting. That’s the one that has the big red circle around it on the market’s calendar. There’s no presser or anything other than the statement or minutes so we’ll be getting a blast of headlines which will hardly give us a chance to get into a trade vs the robots. In that case, perhaps the only real opportunity we’ve got is to pick some levels to trade in the moments after the announcement. We’ll come to that in a moment.

As far as the announcement goes, because we have no presser communication is going to have to be done in two ways. 1. The statement/minutes, or 2. The vote count. It’s going to be the vote count that’s important here. I’m very surprised that the arch hawk McCafferty hasn’t voted for a hike recently. If that’s the way the MPC is leaning, he’s never shy to vote for a hike, even if he has to go into reverse at a later date. Pretty much all the MPC are leaning hawkishly, even super dove Haldane. The market is going to be all over the votes. if it’s 9-0 for unchanged that might well see a snap move lower in the pound but we’ll then very quickly move on the comments, especially if they tip the nod to May. If I had to guess, I would say that perhaps even just one vote for a hike would be seen as bearish for May, possibly even two votes. If it’s 3 or more then it’s game on.

But, therein lies the problem. Given how the pound has reacted over the last few days, primarily on Brexit news and BOE expectations, I’m not sure how much upside there is left on the BOE cementing May for a hike. But then (and this is a bit of a shock), looking at the BBG interest rate probabilities, I’m very surprised that May has not been priced massively higher. 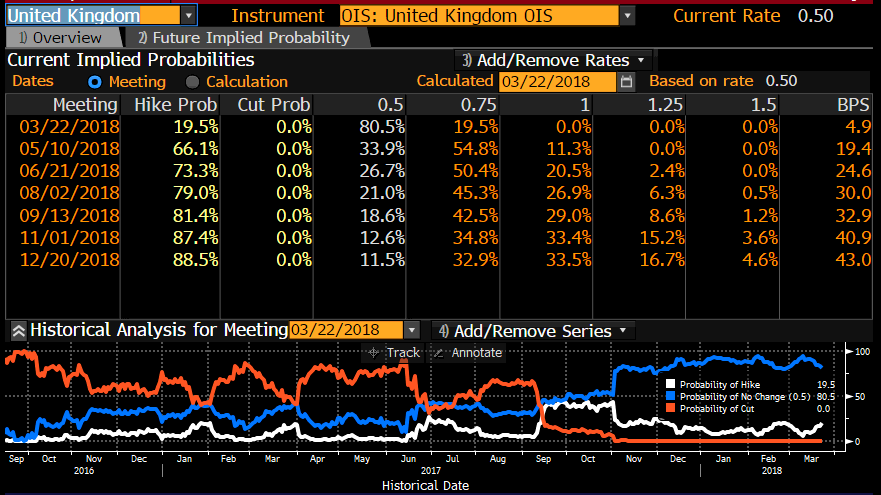 I would have thought May would be up somewhere around the 80-90% mark. That’s possibly changed my whole outlook for today from one where I would be expecting a limited upside move in GBP on nod to May, to now thinking that the move could be much greater. However, money markets are pricing May in closer to the 90% I would have expected. So, there’s some differing market views.

What do we go with and how do we trade it?

It’s all a bit messy really so the best thing to do it fall back to the tried and tested methods, and that’s letting the charts do the talking. Whatever the expectation numbers are, from whatever source, we can safely assume the market sentiment is leaning towards a hike. That makes the bigger price move risk to the downside if there’s no language saying that May is going to see a hike. I very much doubt we’ll get anything explicit in the language so look for something that’s stronger that the BOE’s recent rhetoric of “It may be appropriate to raise rates in the near future/sooner than expected”.

Rate hike/tightening chatter doesn’t bring the moves it did a year or so ago so don’t be expecting a 300 pip move on any hawkishness. 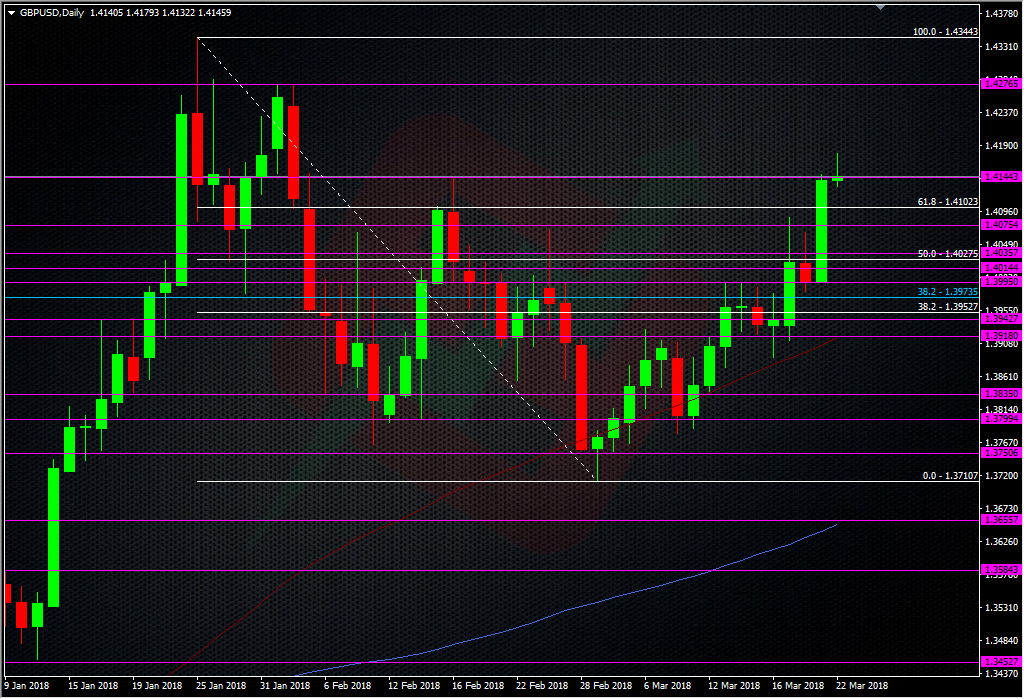 Anything in between and I’ll be sitting on my hands unless a trade jumps out at me.

Good luck to you if you’re trading this and I wish you many pips.