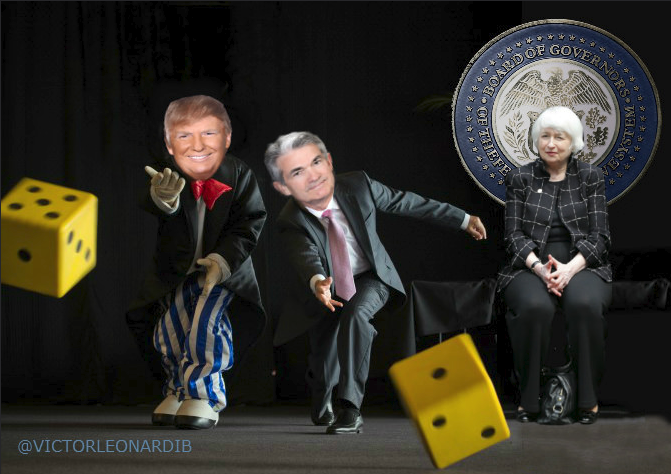 The Trumpster has woken up the market by targeting the Fed

One way or another we’ve had an injection of volatility into the market. Trump saying that Fed chair Powell should have helped him out by staying accommodative and that he “wasn’t thrilled” by Powell hiking rates, has put the proverbial cat among the pigeons. Powell was Trump’s choice for the job and when he nominated him he said;

He’s strong. he’s committed, he’s smart” and that “I’m confident that with Jay as a wise steward of the Fed, it will have the leadership it needs in the years to come”

Trump has held back from going too deep on his criticism of Powell, mainly keeping it to the line that the Fed are tightening while other central banks remain more accommodative, which by policy divergence, is affecting currencies. Unfortunately, that’s the way of the world Mr T.

What Trump has done is cause the market to question whether Trump is going to poke his nose further into the Fed’s business. That’s bringing another round of uncertainty. It’s also heaped a lot of pressure on Jackson Hole, where Powell is due to speak. For right or wrong, the market is going to be looking for some form of reaction from Powell. Considering it’s Friday, you’d think Powell would already have his speech written, so we’ll know that any mention of the thoughts of Trump or the administration will be a last minute addition. The likelihood is that maybe he’ll steer clear of getting involved and the most we’ll get is a mention on the importance of the Fed’s independence.

Whatever is in Powell’s speech, the market is now going to be wanting some reassurance from Powell on the path of rates. It’s priced in four this year and if there’s any signals that that’s not happening then there’s going to be disappointment. That disappointment will be worth double because the market might now tie that in to Trump’s comments. Powell’s stuck now because if he never was going to mention policy in detail, that could be taken the wrong way now.

Trump continues to heap pressure on himself and the US. He’s in a trade mess, he’s in a Russian mess, he’s in a North Korea mess, he’s in a Turkey mess and now he’s getting himself into a Fed mess. That’s a lot of negatives and it could start to reverse the sentiment that the US is the best and safest yield destination, and that could be all that’s needed to change the recent sentiment for a lot of currencies, especially the Euro.

I can’t remember the last time a Jackson Hole brought us anything juicy but this year is now set to be different. Thanks Don.