Is this the end of the road for EU’s Barnier in the Brexit story? 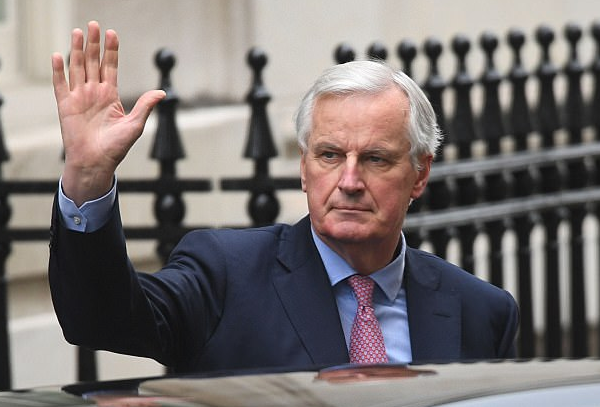 Are we seeing an expected shift in Brexit negotiations?

If there’s one thing I’ve maintained throughout this shit-show of an affair, is that when it comes down to the crunch (and we’re approaching that now), the Junckers and Barniers are going to get sidelined so that the heads of state can start negotiating. Barnier is supposedly the mouthpiece for the whole of the EU side but he has 27 states who all have different agendas when it comes to the UK. We know from history that very rarely do this mob agree on anything big.

These latest comments from May show that perhaps the cracks are starting to appear in the negotiating heirachy and that negotiations are going to pick up between the important heads of states. I mean this politely with all due respect to our EU cousins but, the fact of the matter is that It’s going to be the Merkels and Macrons that will decide on the Brexit deal because it will be about whether trade between them and the UK is going to be greatly affected. The money is going to talk, because that’s what it was always going to boil down to. Forget divorce payments and budget payments, it’s whether the €3-5bn per month trade (imports) between the UK and Germany is going to be hit.

The No.10 comments that the Chequers proposal received a warm welcome (probably cobblers) by EU heads, and that “continued engagement with EU member states” is a clue to the fact that negotiations are changing from the Raab/Barnier teams to May (Raab)/EU heads. That’s going to leave Barnier a little out in the cold because at some point, it’s going to be every EU country for themselves, and while they may all be trying to show that they’ll give the UK a bad deal to discourage other countries exiting, you can imagine there’s plenty of interest from some EU countries not to slam the door in their own faces, should they wish to exit themselves in the future.

I’m not expecting Barnier to disappear into the sunset but further signs of shifting negotiations could be a big deal for the pound.

It’s something we’ll need to watch over the weeks ahead.