Markets taking two steps forward and one step back 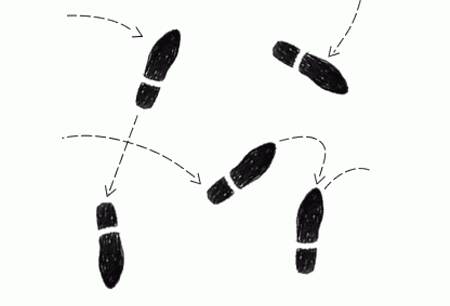 The shutters come down on another productive trading week

An early review of the week that was today.

What have we learnt this week?

Headlines still rule the waves and levels are still playing ball. Central banks can still kick a butt or two and Fed traders are jumpy critters.

Brexit, NAFTA, China are all still top of the list of bombshells that can make or break our trades. China tariffs were due, then there was a possible olive branch, then the olive branch had a turd on the end. The gulf is growing between an administration that keeps trying to maintain positivity and a boss who likes to make sure we all know where he’s at. No wonder China are getting pissed off at not knowing which way the US will be blowing from one day to the next. Trump’s latest comments put us and risk back on to the back foot again, just as it was making progress.

NAFTA went quiet again and left USDCAD in a bit of limbo, at least until the US & Mexico was said to apparently slap an October deadline on the getting a deal done, to which Canada said they won’t be bullied into.

The Brexit mood remains upbeat and the quid is starting to fend off the negative headlines. As we said last week, GBP is in BTFD mode but you have to pick your spots and not go chasing. The issue has swung from getting a deal done with the EU to May getting it through her own Parliament. That’s where we need to watch next because a deal with the EU might be for nought if it gets voted down in Parliament. I’ll take a punt now and say that when it comes to the crunch, and if there is an agreement on the table, the rebels will waver and get behind it just so we can move on. If they don’t, we’ll see Mr Poo meet Mr Fan once again.

We’ve also seen Fed traders throwing their toys out of the pram over the CPI data this week. We’ve been saying for months that the price move risk isn’t with good data, it’s with bad data, and we had a taste of just that. The Fed and the market are in hike mode so anything that potentially tips that apple cart is going to move markets. I’d love to see another bad number next month just to see and trade the reaction.

EM’s took a breather but there’s still signs of stress. The CBRT went for broke (because they’re probably broke) by hiking rates to help their economy and inflation situation. It also had the desired effect on the currency but rarely do we see those moves last.

Generally, we’ve been up, down and around the houses in FX this week. The pound and euro and aussie are finishing up on the week but they’ve taken two steps forward all week and one step back today. Despite many of the moves we’ve seen the bigger levels and ranges are still very much in play and that’s great to rely on as a trader. 1.1740/50 has been protected in EURUSD and today will be classed as a failure to take on those highs. AUDUSD hit resistance from last week. USDJPY is still stuck in a rut but is at least close to a short-term break. GBPUSD has been trending up since August but struggled at former support points (see 1.3050) before breaking. There’s another level like that at 1.3200/20, so we’ve got room to roam.

And, that’s the main lesson to take from this week. Whatever the news, whatever the data, if the defined levels hold, we’re not going anywhere new. Trust them but don’t marry them. Don’t give them too much room in case they do break. Don’t chase and don’t mess around in the middle. Patience has served me better in trading this week than it did last week but I’ve also had some help from Mr Trump coming out with comments at choice moments and my trades have been on the right side. That’s a bonus not a strategy so we’ll take them when they come.

So that’s it. All of you clear off and go and enjoy the weekend, that’s what it’s there for.

Our gratitude as ever for gracing these pages, and for being part of the show. Thank you to our trading room army and my colleagues on site who help make the trading world go round.

Have a safe and peaceful weekend.