The Brexit farce is becoming more farcical because of pure ignorance 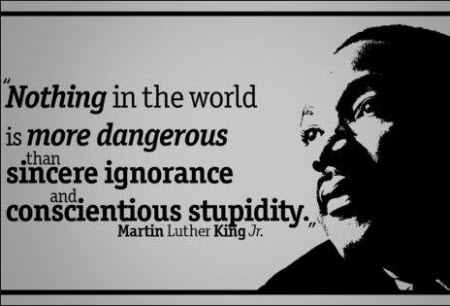 Ok, this is an attempt to clarify exactly what is happening in Brexit now but It’s also going to sound like a bit of a rant. But, I don’t care because very few in the UK seem capable of rational thinking right now.

So far, the prospect of a “possible” “option” to extend the “transition period” ( which is not Brexit itself, as is being touted) is being met with uproar. It’s all wrong!!

But, apparently, according to many politicians and observers, agreeing to an extension of the transition is bad news. It’s being called an extension of Brexit. There are people touting how many billions it would cost and how it brings more uncertainty to businesses (and as usual, without a shred of evidence to back those claims up). There’s even calls for Theresa May to resign over the very suggestion of it. It’s complete crap!!

As the transition period is designed purely to help businesses and agencies fulfil whatever agreement comes, how can having a simple bit of insurance be bad? Or, should businesses or a sector that is struggling to make the transition deadline be told, “tough shit, the deadline stands, so if you’re not sorted, you’re on your own”? How is that a positive outcome? Surely, it’s better to have an insurance policy in place to help with any last minute or late hiccups?

It galls me that people don’t get it. Folks need to wise up and start engaging the rational parts of their brains. They need to see through the negative spin from politicians and the press that are just stirring up negativity and doing the rest of the country, its businesses and population a massive disservice. It’s criminal. Fortunately, there’s still a few of us who can see through the crap and can grasp a glimpse of the real picture. Others need to see that the transition period is a positive process and having a small bit of additional insurance during it is positive too.

Perhaps the only shining light is that out of all this, Theresa May is becoming the most dependable one in the whole process. She’s sticking to her guns and looking at ways to compromise without giving too much away. She’s being faced with constant daily calls to not allow a hard border with Ireland and to not allow Northern Ireland to be sectioned off, yet she’s never once said she would allow that, and constantly repeats that’s not going to happen. So why are people still shouting about it? It’s like someone still moaning about someone else leaving a door open an hour after it’s been closed. It’s just pointless but it creates more headlines and creates more angst.

I’m not a big supporter of many politicians but I’ve got a growing respect for May because she’s fighting a battle against the EU, the opposition parties, and her own party and someone who sticks that out and keeps getting up from the knocks deserves some respect. But, that’s my own personal opinion so I need to try and put all this into a trading perspective.

This is one of those times where GBP could/will suffer over the negative headlines and incorrect views of this possible transition extension. This is one of those times when I know the market is wrong and so I’m willing to fight it. A possible transition extension is not bad news, it’s good news. In reality It’s not even market moving news in itself, it’s the reaction to it that’s been market moving. So, I’m ignoring the negative politicians, press, and commentators who say it’s bad. I also still believe a Brexit deal will be struck because both sides know that not doing so will be horrendously bad for both sides. Whether it’s a ‘Norway’, ‘Canada’ or ‘Timbuktu’ type deal, one will come. Until that happens I can only trade the market as it is in front of me and react to the headlines like everyone else but on a longer time frame, I’m ready to continue looking for the opportunities to buy the pound on a deal outcome. And, if I’m wrong, well, it won’t be the first time and that’s what stop losses are for 😉