What did we learn this week? – It’s only a correction… isn’t it? 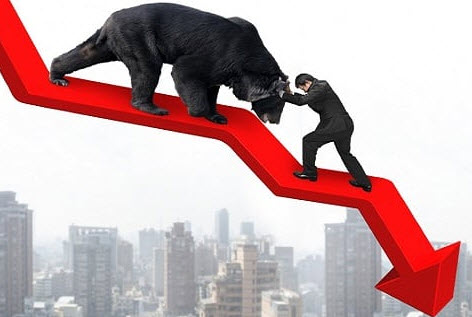 More thrills and spills in another hectic week

And here we are. Another week bringing us closer to the Grim Reaper. If you’re a perpetual BTFD’er in stocks, you might find that equities already have one foot in the grave.

US stocks finish heavy losses for the week (they weren’t alone). We’re at or surpassed the magic 10% retracement level and next week is likely to be very edgy as we find out whether this was a correction or something worse. I’ll use a 15% benchmark for that but I’m mostly just a bystander.

We’ve got differences of opinion on the equity volatility. The Fed is dismissing it as normal market behaviour, the BOJ are taking part in unscheduled meetings of concern about it. One is raising rates and winding down QE, the other has a growing book of local stocks ETF’s. You tell me who’s having a squeaky bum time?

Central banks brought us some excitement and some great trading from the folks in my trading room. Nothing warms my cockles more than everyone planning and trading together and smashing one out the park. The BOC obliged us but you wouldn’t know it given where the loonie is finishing. That’s as sure a lesson in trading your plan and getting out when conditions oblige as you’re going to get. The ECB was the ECB, sticking to the script. The broom was out to sweep away our fears about worsening data, QE is going to end but they’ll be rolling QE over until the wheels come off. The market saw that as a sign to write down hike expectations for late next year and the euro suffered.

I’ve had a reminder to why I’ve rarely traded the pound for the last year or so. Timing is very key and so is not holding on longer than one needs to. Cable has been a one-way train, even while there’s been no real Brexit developments. The loss wasn’t big but my mood of annoyance for it happening was. That took the shine off what was a pretty good week with USDCAD shorts finally paying off after some nervy moments and a nice short grab in NZDUSD. My USDCNH shorts are growing and China coming out with a nod to protecting the 7.00 is welcome. We’ll see how that develops but it’s going to take more than a sources story.

The latter part of the week had me scratching my head. Was it risk off, was it equity nerves, was it the dollar being the best of the bunch, or was it safety runs. Who knows? The yen was bid all week, even against the dollar/ The dollar was bid all week against nearly everything else. Treasuries took on more of a ‘safety run’ look and the old widow maker is going to be making a few more if 10’s drop below 3.0%. When confusion reigns, that’s when I want to put up the proverbial “Gone fishing” sign on my trading screen. I like to know what theme the market is following and what way it’s leaning. At the moment it’s swaying like I used to on a Friday afternoon in the City after a “working” lunch. Boy I miss those days.

But I digress. Tis the weekend now and we (some of you) can all let our hair down now. It’s left for me to engage in the best duty if the week and that’s to thank the folks in the trading room for being damn good eggs all round. To my colleagues, K-man, who has been a demon jobber all week. It’s great watching someone in the zone nailing trade after trade. To the Dark Lord of the Voodoo Dubsy, for picking the very top of the Dow and rinsing it for every drop on the way down. Truly inspiring work. To the readers who kindly grace our ForexFlow website. It’s an honour to have you and a pleasure to serve you. To our friends and partners on the social media, like the fantastic lads at Livesquawk, who bring a hive of news and analysis unrivalled anywhere.

To you all have a safe, peaceful and great weekend, And to all the stockies out there…