Can Banxico fix what the Labrador is breaking? 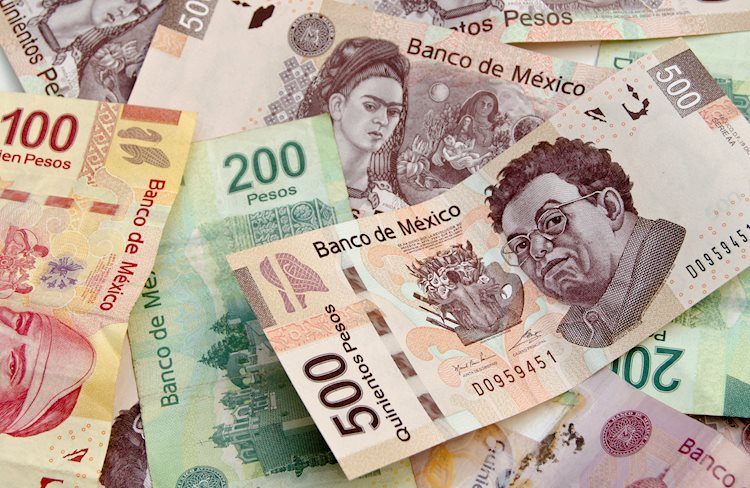 Good FT piece(Mexico AMLO vs financial markets.) on the context that lead to the MXN selloff we’re seeing.
We’ve mentioned most of them along the road, but I must admit the confidence investors put into Obrador( affectionately nicknamed the Labrador) has been waning fast, very fast. It shows that economic trust can be gained on promises but is lost in a flash.
The airport cancellation, slamming local PEMEX for planning to import US’ light crude and the bank fees disposal show what’s possible and Obrador’s not even officially sworn in yet.
The realisation of the USMCA deal, where Mexico took the lead and seemingly was “open for business” is history. The Labrador shows how left he’s tilted. He’s actually putting into place what he said to his electorate during the election meetings, not what foreign business wanted to hear during his TV interviews or public relation meetings during that process. It was nice and shiny, MXN strengthened a fair bit and we rode that train in our team but in my opinion, the way things take shape, we need to be very careful.

Tomorrow’s Banxico expected 25bps rise may be necessary and will show the market the CB wants to keep control over the situation being close on the ball, but in the grand scheme of things, investor confidence won’t hang on to a 25bps move in interest rates in a currency that is part of the EM sphere and moves several % in a day. I reckon any interest rate induced move could be short lived and looked through, worrying about what’s to come down the road in the country’s politics. In other words, if MXN benefits from a rate hike, all other things equal, I’d view a dip as an opportunity to scoop up some USDMXN or if the USD wouldn’t be the instrument of choice, another currency that would show stability or strength.

But lets keep it to the most widely traded: USDMXN. I gladly refer to David, our fellow trader’s piece for some of his reference points, here are my 2 bucks on the levels I will be interested in trading. There are a few interesting ones not to far considering we’re in the EM sphere, any amounts traded will be kept within very reasonable size. To the downside I’ll be monitoring if we get down to 20.04 or 19.90 if algo’s take hold of a few waves, where I’ll get interested to fade the dip. 19.75 is my level that should stop any decline. Below there would mean there’s more going on than just the rate hike in the big players’ minds. Topside, there still is this 20.47/48 we’re turning around but the bigger one will be 20.65/67(depending on the pencil). Breaking  will already be a biggie. The point of no return in the distance will be 20.96, the pre-election high. A break would testify of the little faith there is in future political/fiscal decision making.
And writing this, there’s still USMCA, which just roared its head again, one of the US key Dem House voters is calling to make changes to the deal for it to pass. MXN and CAD didn’t like it but it could also spell the start of tougher times for the Trump administration.

Be careful, it’s moving and most abrupt at times. If you trade this event, know it’s an emerging currency with emerging currency moves and liquidity. I will trade the extremes or holds/ breaks in smaller amounts. In between the levels I have little interest to get tangled up in unnecessary risk.