What is really driving the market this week? 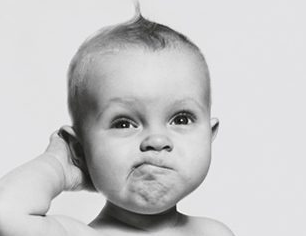 Are this week’s moves so far really Fed positioning?

This week was always going to be a lively one and the early part of Monday offered a false sense of security before we saw risk taking a hit. Despite what many think, this isn’t all about the Fed as there’s more going on than that.

Global growth worries and continued trade tensions is one of the themes but that’s been running for a while now. Stocks have been volatile for the latter part of the year, and US treasuries have been seeing safety flows as investors exit risk trades for more solid vehicles. China had been touted as one reason for the bid in bonds, which gave the impression that they we’re showing some good will to the renewed trade talks. However, today the FT report that Chinese cut their Treasury holdings for the 5th straight month. That completely changes the context for the moves in bonds to one of investor nervousness rather than supportive buying.

By proxy, the global growth worries have played into the market’s view of the Fed too but nothing in that is a surprise. The Fed talking about the neutral level for rates shouldn’t be a shock. Did players think the Fed was going to hike forever? The market seems to have suddenly woken up to the fact that rate hikes might actually slow down. Well, welcome to normality folks. That’s what’s supposed to happen after 6+ years of extraordinary monetary policy. This is the end game the Fed have been working towards, you know, that oft forgotten thing called their mandate. So, why is the market throwing a strop now that they’re close?

All the talk about the Fed is far overdone. Nearly every comment right now is about seeing a “dovish” Fed tomorrow but that’s completely wrong. The Fed has no need to be dovish. Is the jobs market collapsing? No. Are wages strong? Yes. Is the consumer still strong? Yes. Is inflation still at/above target? Yes. The main components of the Fed’s mandate are being fulfilled so the comments on them turning dovish are very wide of the mark. The only sector that’s showing some signs of stress from rate hikes is the housing market, which it was always going to do because it’s the only sector that is so closely tied to rate moves. All aspects of the economy are finding their new “neutral” level. Many central banks have persistently said that the new neutral levels for growth are going to be historically lower, yet the market seemingly hasn’t got the message.

As far as the Fed is concerned, don’t confuse “dovish” with “neutral”, which is where the Fed is really heading. To that end, I think the market is getting way out of line with reality. Hike odds for tomorrow stand at 66.0% and I still maintain markets are massively under pricing the Fed. Is there a chance the Fed doesn’t hike tomorrow? Of course but it’s a very slim chance. If they don’t hike, they’re going to send the market into a tail spin. As pointed out above, the economy is not under any pressure, it’s the market piling pressure on itself by looking at yield curves and the like. It’s feeding on it’s own fear. Can the Fed turn more cautious? Of course they can but again, to what degree might they do that? In my view they can pay global growth worries lip service but until the US economy shows real signs of stress, there’s no need to rock the boat. The Fed will probably push aside the markets fear by pushing the neutral theme and nothing more worrying than that. The way the market is leaning, there’s some scope to say it’s too far down the dovish path and there could be a solid bounce in USD. It’s unlikely to be a lasting one but it could change the near-term sentiment.

Year-end and holiday squaring is another big factor to watch this week. Some of that is possibly already in effect as players take their chips off the table in advance of the extra Fed risk. The bulk of it will likely happen straight after the Fed. This week is often a very big week for positioning. It’s month-end, quarter-end and year-end. It makes the waters very muddy. It can also bring a false sense of security for the Fed outcome. The market will react to the Fed but then might square up those positions quickly after. That might make it seem like it was a short-term move but the theme might then be picked up in the first sessions of the New Year. It’s going to be tough deciphering those moves straight after the Fed so keep the longer-term view in mind.

Some of the holiday/Fed positioning is already evident on both sides of the scale. The options picture this week offers some stark contrasts. USDJPY is showing very little in the way of expiries for the day after what is a big FOMC, yet EURUSD is the complete opposite. As usual, subscribers to the ForexFlow platform know what’s to come from the options well in advance and are constantly kept up to date with what’s happening in all aspects of the market’s positioning, and how it might affect their trading.

For my own trading, as usual I’m putting my theories where my mouth is and trading that way. I’ve been picking up USDJPY in small amounts since 113.30. I was looking for some USD bullishness into the Fed but that’s been overtaken by the risk off themes from yesterday that have continued today. Not the ideal scenario but my trade size has reflected that. I believe the market is leaning one way too far, so I’m happy to leave it to the Fed to make or break my trade. I’ve a stop someway under 112 so I have my risk defined if the market carries on pushing lower. I won’t remain in the trade as a matter of pride. If the market gives me more pain than I’m prepared to take, I’ll get out and move on.

To summarise: What’s going on is more than just Fed positioning so don’t get too sucked into that excuse. The narrative is also wrong for the Fed. We have scope for a lot of holiday squaring. And, let’s not forget the other dynamics like softer Eurozone growth, Italy and Brexit in the mix too. Never a dull moment eh? All we try and do is see the wood for the trees and find a trade.