BOE Forex trading preview: A day of voting for GBP

It’s all about the votes for GBP today

Voting centres are open as local council elections take place. Although they won’t change the political landscape in the main, and don’t usually garner much attention, in the midst of Brexit and the ongoing political mess, this is being viewed closely for a sign of how much voters are pissed off, and therefore, how that might relate to a General Election.That’s something to watch for late tonight or early tomorrow but the other big vote event is the BOE.

The BOE is going to keep rates unchanged, so that’s a non-event but what we do get is the MPC voting intentions. These are also expected to remain at 9-0 in favour of keeping rates on hold yet they do add a little bit of spice to the announcement as any changes will get the pound running. There is little chance of seeing any change here but it’s still a risk nonetheless.

So what of the BOE thereafter?

It’s an inflation report meeting so there’s a presser soon after the 11.00 GMT announcement. Forecasts will be updated and the press will quiz Mark Carney over what the BOE is up to. I don’t expect any meaningful forecast changes as the BOE is still waiting for a Brexit conclusion one way or another. However, the economy can’t sit on its hands forever and all this stockpiling going on won’t last forever either.

The UK economy is working at two speeds. The domestic economy is looking fairly robust (jobs, wages, spending) but it’s the business and investment areas that are struggling more due to Brexit. At some point one is going to affect the other and in the current Brexit scenario, it’s going to be the domestic side that will start suffering if jobs start being lost and domestic demand slips.

That all leaves the BOE on a knife edge with rates. They’d love to start raising them, to get some margin like the Fed but they still need to be ready to cut if the economy starts feeling the effects from the Brexit drag. The problem is, the hourglass is running out on when Brexit really starts to hurt the economy. When that happens, activity will fall. As I noted last week, we may not be too far from that point.

For trading, the price risks are of course how strongly Carney may lean one way or another. The last time we had a presser, Carney went to very great pains not to even mention the word “cut”, even though he made us aware that action remains an option. That was very telling then, and it will be very telling again. Unless something does drastically changes within the BOE, there’s more chance of the pound rising than falling but again, I’m not expecting any shockwaves (but we stand ready for them anyway). Rate expectations are still very low right out into late 2020 and there’s unlikely to be much change there. GBP is still remaining bid on the cross party talk optimism so that needs to be factored in as it could mean any non-game changing message from that dips the quid will likely see it get hoovered up.

As for levels, I’m mainly sticking to watching the big figures. I was bid at 1.2905 earlier this week, which missed by a whisker, and I sold into 1.31 over the FOMC. We’re a little bit in the middle here at 1.3055 so I’m not too keen on getting involved, unless there’s some decent moves. If anything (and for reasons mentioned above), I’d favour a dip buy rather than a rally sell right now. 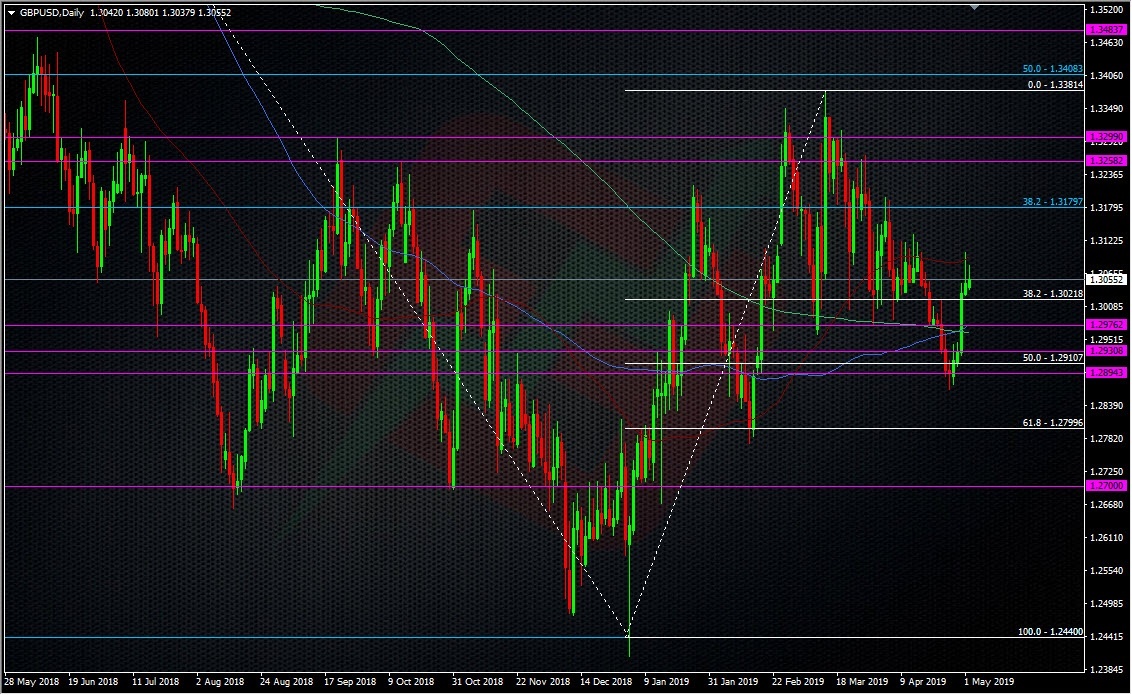 I’m putting my fundamental short strategy on hold for now as the Brexit optimism is winning out and that pushes the risk to my plan into the red zone and me out of my comfort zone.

So, it’s a case of rolling with the punches today, rather than picking a side into the BOE. We’ll see what His Royal Carneyness has to say for himself and whether it’s anything meaningful, and we’ll take it from there.

Good luck if you’re trading it.