A huge USD week. This time it’s different, isn’t it? 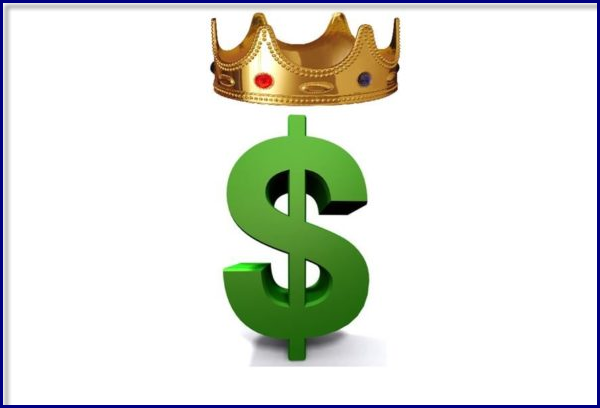 Preview on what’s to come for the mighty dollar.

It’s some block of data and decisions we’re getting second half of this week. We start with GDP, core PCE followed by the FOMC rate decision and presser today. Tomorrow we’re having another round of PCE, personal income and on Friday we get the employment report and as a huge cherry we close with the ISM data.

In regards to the FOMC: Today’s rate cut (a surprise if they wouldn’t) to 1.50-1.75% fed funds target range should be the last one for this round. I expect Bullard to be on board with a 25 bps cut, not 50 this time, data don’t warrant as much. Dissenters for no move could be the same George and Rosengren but perhaps a few may join their camp. Mester or Harker or could it be Powell himself? Not expecting the latter after the Repo efforts put in place lately but we can’t ever be 100% sure about that.
It could get close but my main scenario is for a last cut and Powell doing another tight rope during the presser to go full data dependent. I reckon that, unless we get the no-cut surprise, the press conference may then concentrate more around what the heck is going on with that Repo affair and what’s the panic about the turn of the year liquidity (repo operations have been extended into Q1 2020) than the actual rate path.

If my main scenario(full data dependence) is respected my thought is that we’ll have to take this second part of the week data flush and FOMC as one block to decide upon the USD direction for a while to come. Of course will there be headline waves around the China, Europe trade etc but for what trading the USD is concerned, this data block is big.

To start with GDP. Coming out 5.5 hours before the Fed’s announcement, I trust they will take it into account. Expectations are for a weaker one, which in case should keep the doves flying, rates to be kept low and the “NON QE” as the Fed announced it in full swing.
If in turn GDP surprises to the upside, i.e. a 2%+ reading, that could/should mean the end of the “mid cycle” easing and pull yields higher again.
Imagine a higher GDP, PCE and no-cut (not my fav scenario) today….

But that’s not the whole story. Let me jump straight to Friday as tomorrow’s data are expected to add just a few ripples in between the high waves today and the end of the week block.
ISM indicators have started to point downwards this year. We could be in for a stinker on both the labour report and the ISM data unless the latter rebounds.

For what the expectations are, if the data are confirmed weaker, we could be in for a difficult period for the USD to come but expectations are one thing, we still need the facts.
I do expect the USD to take a direction so I’m getting ready to finally take on some more medium term stuff instead of months of jumping in and out partial positions like the hourly cuckoo of my Swiss clock.
I’ll be looking at a mix of cash and options as the vols in the G10 space are at or close to historic lows. The choice of the currency to be put against the USD is going to be determined by the strength of the US data: Strong surprises should see low yielders lose ground faster, I’ll be attracted to renew shorts in EURUSD for a sub 1.10 move, long USDCHF to break parity and more downward corrections on metals, gold back to test the 1460 for instance.
Weak data in turn should see the relative higher yielders run faster: call it AUD back up close to 0.70 as it may enjoy a relative China-US truce, NZD back to 0.65 or Cad breaking the 1.30/1.2950 vs USD for instance.
Cad and JPY have their own CB decisions of course. Not expecting anything from BOC, I’d think CAD could be a better play in case of weak US data.
For BOJ it’s a limit border case as they could go for more short term rate cuts, coupled to an adapted tiering system to diminish the negative rates impact for the local banks. In that respect my preference, for now, would be to classify JPY long into the weak US data camp too as I reckon the market may wake up disappointed after tomorrow’s BOJ.

In short I’m expecting ranges to finally break or at least be thoroughly tested coming out of this week.

All updates will be live in our room of course.