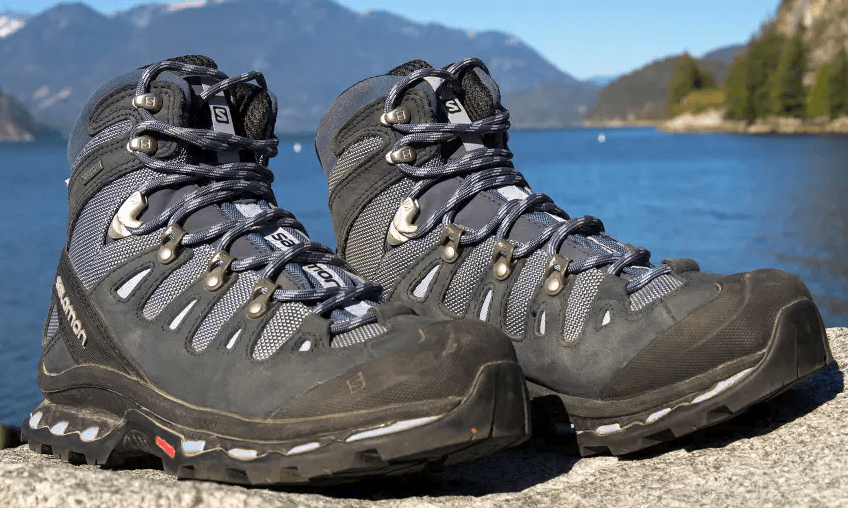 Markets are getting all bullish over rate hikes

Are markets right, or are they getting too far ahead of themselves?

To answer that we need to look at the reasons for hiking and as usual, they’re not as simple as you might think.

This is one of the most important mandates at central banks, and as we were saying in 2020, the issue that was going to bite them in the arse in 2021. Here we are with 3 months left in the year and central bankers are only now waking up to the fact that inflation may not be the transitory breeze they thought it was going to be (well, some are and some (ECB) still have their heads in the sand over it).

Current inflation levels do contain temporary factors, let’s not ignore that fact but the problem is that there’s many temporary factors all coming together at once, and they’re lasting longer than expected, meaning that pass-through inflation is rising, and that’s the biggest concern for central banks. A short sharp price jump in something like energy, or other producer type markets can usually be worn by firms with little pass-through to other areas like buyers or the consumer. However, the longer prices keep rising, or stay high at the producer end, the more (and faster) they’ll be passed on down the chain, and thus CPI starts lifting off and becomes entrenched.

The big problem for central banks is that this type of inflation can’t be managed by rate moves. All rate hikes will do is crimp activity that is already starting to struggle due to the supply chain problems. But…

This is the next issue that needs explaining. With central banks looking to end their emergency virus pumping, a rate hike is not necessarily a signal that CB’s are on a rate hike cycle. They are constantly worried about rates being on the floor and so want to get some of that margin back. The BOE is a great example. With rates currently at 0.10% and a 15bp hike now forecast (and seemingly being pumped by BOE’s Bailey in recent interviews), that is not the sort of move that screams that we’re going to see a rate hike cycle kick off. For me, it just says that the BOE want to take back the emergency part of their easing, just like QE finishing end-2021. A hike of 15bp still leaves then 50bp behind the pre-virus level of 0.75% (which wasn’t that high anyway).

The issue around the BOE is that the market is currently interpreting Bailey’s comments on inflation as if he’s ignoring what the risk of further rate hikes would do to the economy, just to combat inflation that he can’t affect anyway. If that is his intention then the UK really will be screwed.

But, back to the point. There’s a massive difference between CB’s clawing back some of their interest rates as part of stopping virus measures, and getting on a proper hike path. So despite what money markets and the like might like to price, I still feel that it’s still too early to see CB’s hiking rates many times just to try and contain inflation. 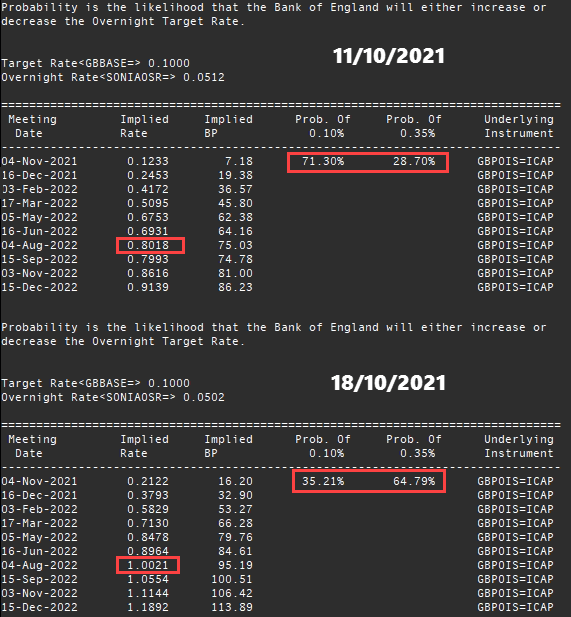 What about the rest of the economy

Yet another issue. These supply chain issues are going to hinder growth BUT understanding why is key. Activity dropping because goods and services cannot be created due to lack of supply and transport delays isn’t a big problem while there’s still good demand, and there’s been nothing in any recent data to suggest that demand isn’t there, quite the opposite in fact. However, on paper, the economic impact is the same, i.e it will show a slowdown in economies because goods and services aren’t been produced as pretty much half the whole world is on ‘back-order’ for stuff.

That means central banks could be facing a period of lower growth in the short-term, that might snap back hard and fast when supply problems ease. So, if they want to hike now on inflation, they risk crimping the demand that’s potentially going to explode back when things ease. Then there’s the issue of what inflation does in the next expansionary phase, and it will only be then that rate hikes might be really needed to keep inflation in check.

So, as usual, CB’s will find themselves between a few rocks and hard places. They’ll be potentially hiking when economic activity is dropping, or having to wait until the supply chain issues ease and growth picks up again but then risk being way behind the curve on inflation, which may take another leg higher.

When is it right to hike?

The big question. There will be a time to hike, of that there is no doubt, and it still may be that CB’s have to hike hard and fast to combat real, non-transitory inflation but defining the line between what’s transitory and what’s not isn’t going to be easy.

One of the main areas to keep watching is labour markets. If they continue to grow and show that the virus effects aren’t having a lasting impact, then we can tick the box on wages pressures being truly inflationary. But right now that’s all still too early. The Fed is seeing an issue with the participation rate and fairly low employment gains, lo/hi pay skews in wages, and may not yet be seeing the impact from the end of jobs support measures. The BOE also needs to see how the end of the furlough (Sep) is going to impact jobs, and they won’t get a good look at that until the first jobs report covering September, which is published in November. Under those circumstances, how can anyone seriously see the BOE jumping into a rate hike cycle (outside of the 15bp hike)?

What about the dreaded ‘S’ word?

None of the above factors in the possibility of stagflation, which is a real risk for 2022, as we’ve been saying all year also. But, that only comes into play if we see the demand side of the supply picture falling while inflation stays high, and all that lasts for a prolonged period. It’s still a big risk but it needs to tick a lot of boxes first.

How do we judge it as traders?

If the situation is complex for central bankers then we must be screwed right? Not at all. We’re lucky in that we can process the data and see and understand the market expectations far quicker than central bankers.

From the data standpoint, we want to see strong labour markets, with good participation and rising wages that are not still skewed by the different sectors (i.e low wage brackets coming out due to lockdowns thus forcing the averages higher). We want to potentially look through future weaker growth as long as the demand is still there. We want to see how long the real transitory inflation factors stay in place for and how that will transition into real inflation that CB’s will have to act on. If we get on top of those, we’ll know how to trade it, be it going against any negative market moves on that economic weakness, or positioning for the real rate hike cycle to come.

Obviously this mostly means trading with a longer-term view rather than intraday but there may be a growing case for some shorter-term trades looking to fade market rate expectations if they start to run too far ahead of reality. It’s also worth looking at some of the smaller central banks who may need to run harder and faster on policy than their larger cousins (see the RBNZ who are on a hike cycle). We also have some central bank expectation skews. I think the RBA is a prime example of a central bank who is going to be forced to hike well ahead of their current stubborn view of 2024.

For me, I’ve been positioned in trades for the very outcomes we’re seeing now. My USDJPY longs from Sep 2020 are just waiting for a proper confirmation of the the Fed entering a hike cycle and if/as soon as that starts, that will be my time to look to exit the trade altogether because remember, 90% of the big trend moves happen on expectations of what central banks may do, not when they actually do it.

Despite the market getting all excited about hikes now I don’t think we’ll get a clearer picture for around another 4-6 months. Unless the data starts to really flash some signals we’re going to have to ‘wait and see’ but even so, that’s the period we can plan and look for the best trades.