Taking a trip back to yesterday and a glance at how my Euro trades are faring.

It’s always good to be mindful of not becoming too one sided in your trading. I have three open trades against the Euro and was feeling a little angst’y today. I have my longer term short EURUSD position from 1.1877 aiming for lower levels, and two newly opened trades on the crosses, each anti Euro .

The trades were post here yesterday.  The EURNZD trade was highlighted last week .

Anyone who reads my musings will know that I like to let the charts do the talking. So here we go  🙂 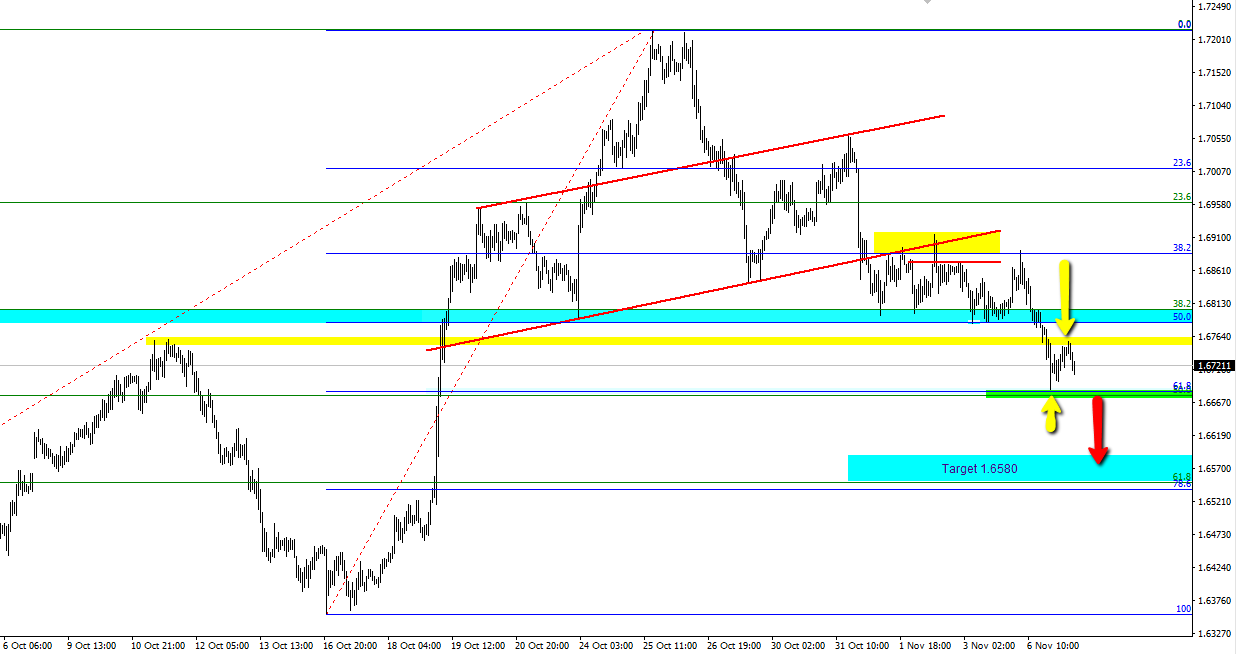 Notice how the fibs marked on the chart  ( from last Wednesday below) captured the move down and pinned it between the levels. We have taken a bounce from the 61.8% and heading down again. The original chart shown below . 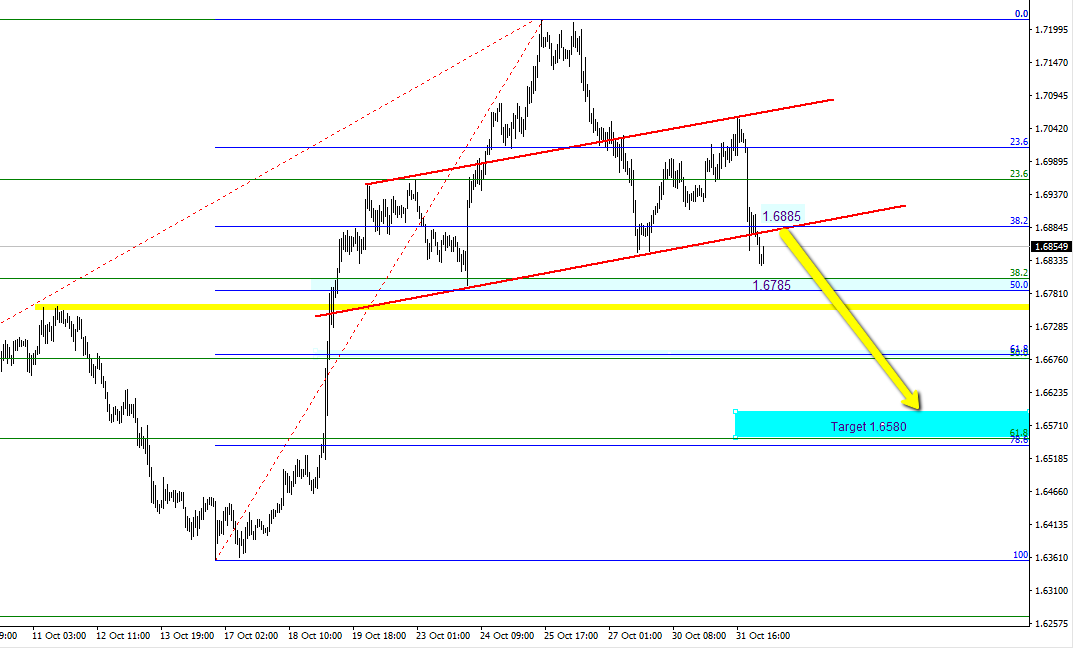 Moving on to EURCAD. Again we are looking soft. The fibs at the base of the chart (blue area) will be my target for taking some pips off the table . 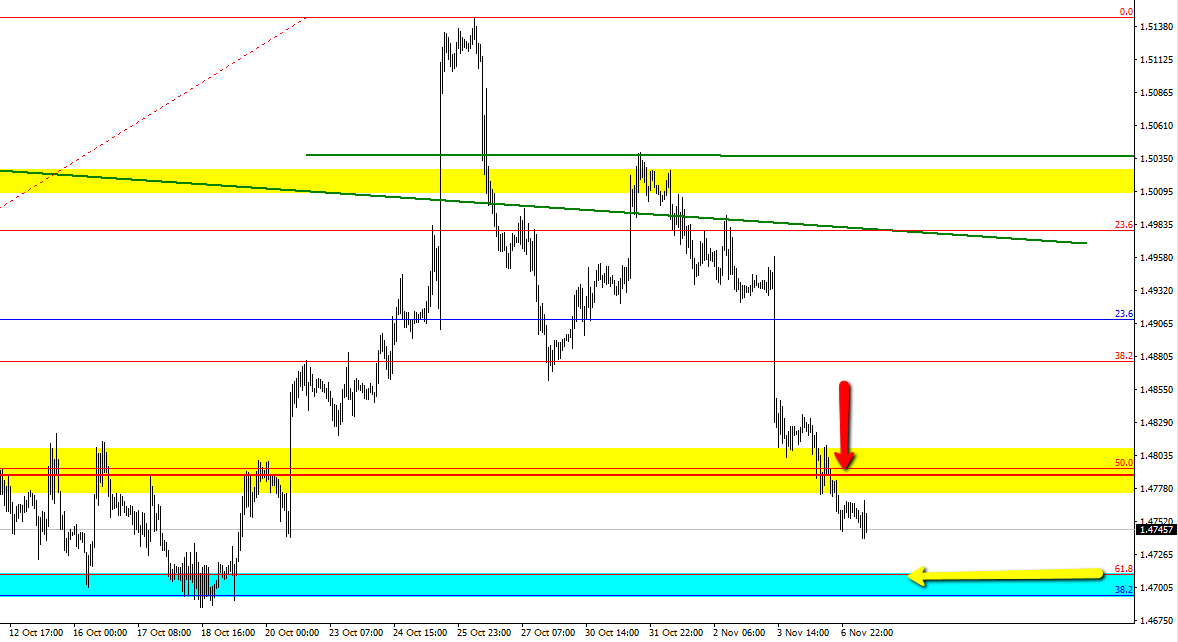 Chart from yesterday below showing the daily timeframe . As we can see, the 50% from the previous swing high (red line,yellow arrow) has since been taken  ……