Still no German Government in Germany after the 17:00 GMT deadline 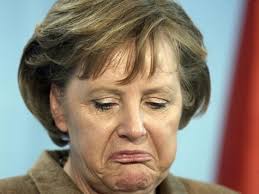 Will this start to weigh on the Euro one day?

My 2 bucks are:
1.IF Monday sees a break through on the Jamaican coalition,  not a lot will change in the immediate.A Jamaican coalition is de facto seen as a position weakening for Merkel though due to  possible endless discussions on nearly every decision to be made, but a government there will be.
2.If failure and the old coalition partner SPD comes back over the bridge instead of stubbornly wanting to remain in the opposition, Euro will actually get support from it, although Merkel will still have to make concessions.
3. IF failure and we get re-elections, that would give a severe blow to the Euro me thinking as Merkel will struggle. One has to realise that she’s actually much higher regarded Internationally than in her own country, where she’s seen rather as an election beast than a high standard States Woman .
4. A minority government, unseen and no one knows. Weakening of Europe’s back bone is a near certainty imo

Reuters has this on the situation