The end of the Yellen era – Where do we go now? 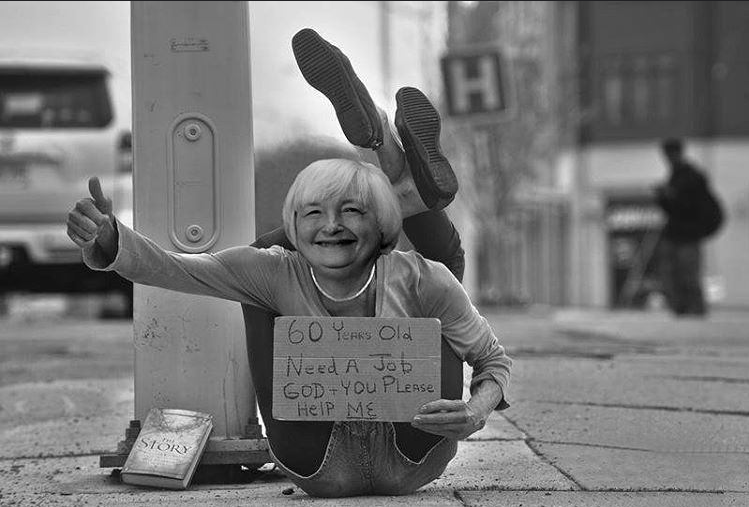 Interest Rates – The President – The Politics – The Trades (?)

Although you might be inclined to call Yellen’s final FOMC meeting another in a long line of The Fed’s Groundhog Days, we on LaSalle Street see something a tad different: A big fat wet kiss to our POTUS, Donald Trump. The overall tone of the minutes was hawkish on rates, which is essentially bullish on the US economy.

(with thanks to Zerohedge.com for the headline encapsulations)

The key point in the post was that last statement, about SOLID gains, which is a 100% Trumpian derivative. This is NOT, regardless of what our New Progressive Democratic party would have you believe, a result of an Obama-induced growth rally. Examine why by looking under the hood of our previous eight-year administration:

Neither of the above facts spoke to a strong economy. We grant the political concession that Mr. Obama was saddled with a huge downturn in the US economy, “inherited” from a Bush-era Democratic mandate that our biggest banking institutions had to grant high risk loans to virtually anyone in a heretofore underserved lower-income market. This was a political/business hybrid FAIL of gargantuan proportions, which led to the disastrous Dodd-Frank Heavy regs, written by politicians to solve an economic problem. Another FAIL.

However, politics be damned here from our point of view. Trump is here to stay, as are his America-First, growth-oriented policies. The Democrats have established themselves as a blocking party, moving off “center” to cater to our far-left, government-centric (sorry, Europe…. No offense intended) tax-and-spend coalitions on both coasts here. His success will be heavily lauded by the business community he caters to and the “everyman” citizen he serves. Now, let’s circle back to the Rates:

The FOMC minutes’ statement that “inflation on a 12-month basis is expected to move up this year”.

Translation: The economy is terrific, and our final (Yellen) guidance is that we are looking to raise rates, in order to best keep apace of growth-based inflation, at least another 2 or 3 times this year. This is exactly what business in general has been implying with their “human investment” since the GOP tax plan passed, and what POTUS loudly proclaimed at last night’s very positive State of the Union speech.

We in the FX trading world see this as an excellent foreboding for a highly tradeable year. The uncoupling of sovereign interest rates from Zero, particularly due to systemic growth, rather than the artificial postings of policy by various central banks, is precisely what we have been waiting 5 or 6 years to see. I will argue that the USD will be the first beneficiary of this (as yet) unseen trend but you may watch and wait and see as the bullish (rate) headlines bump and grind the dollar higher on any given day.

Our friends in the Great Britain should be the next beneficiaries on the high-rate train, as their logical uncoupling from the EU will let their own growth curve take off. The laggards will be the boat-anchor policies of the Eurozone. Why? Well, in my opinion, it is because they simply have too many economic mouths to feed. There are certainly any number of factors involved in making this particular prognostication but the confluence of Trump and Brexit will prove (again, in my opinion only) to be far too much for the otherwise bearish Globalists to succeed in a dangerously flattening of their own growth.

Our view is that these two grand events will reorder the structure of the Zone, and dramatically change the current ECB mandate to a huge modification in the coming years. But that is another subject for quite a few columns. More on that to come.

The trade? BUY DOLLARS! Not necessarily today, but that is going to be my trend-bias moving forward, once the market shows signs of moving back to “normal” sovereign rate-influenced trending. I simply do NOT want to get caught in what I see as a bear trap setting up for the greenback.

Again, we’re not getting LONG today, but these facts reflect not just MY bias, the FED was clearly making that statement today. You need only read (the headlines) … and learn.