Market moves and other musings 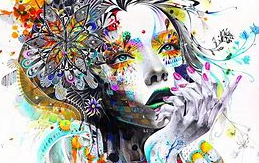 That old chestnut of a saying comes to mind  ‘Be careful what you wish for’.

Early last week many of us were bemoaning the lack of market volatility. Since then there has been a scramble to pick a side . I would love to report that I am short EURUSD, GBPUSD or long USDJPY. The simple fact is that I am not.  I didn’t see this one coming and kudos to the traders that did and held through. That does not mean there were not profits to be had along the way. Plenty of chances for the nimble traders among us, yet often very difficult to jump on a train picking up speed leaving the station.

Ryan has held steady with his MXN tequila  trade and various day trades. K-man is bobbing and weaving like Ali in his heyday. – For myself I’ve found solace in the crosses , and apart from a few scalps have left the USD pairs to do their thing.

Top / bottom pickers will be very tempted by these moves . I haven’t met a trader yet who isn’t  susceptible to that affliction, myself included..

Pick your trades at the levels that suit your trading style. — For me that means a zero tolerance attitude if I am attempting to trade against this current bout of USD strength…… A small tight controlled  loss at decent risk reward levels is nothing in the big scheme of a traders day and should be viewed as the norm   ( providing your personal norm does not place your trading account in jeopardy ).

That old market adage of  ‘never try to catch a falling knife’ comes to mind –  I’ve always felt there should be an addendum to that pearl of wisdom ……… Once said knife leaves your grasp and gains momentum it becomes increasingly difficult to dive in after it —  Newton’s third law in all its glory .