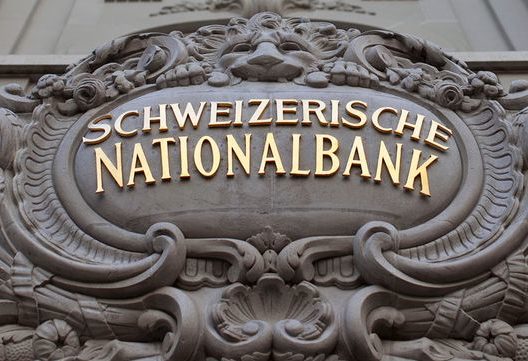 EURCHF gains a touch by 10 pips to 1.1310. Nothing to see here save for the cut in CPI forecasts which potentially leaves them keeping negative

Monetary policy assessment of 20 September 2018 Swiss National Bank leaves expansionary monetary policy unchanged
The Swiss National Bank (SNB) is maintaining its expansionary monetary policy, thereby stabilising price developments and supporting economic activity. Interest on sight deposits at the SNB remains at –0.75% and the target range for the three-month Libor is unchanged at between –1.25% and –0.25%. The SNB will remain active in the foreign exchange market as necessary, while taking the overall currency situation into consideration. Since the monetary policy assessment of June 2018, the Swiss franc has appreciated noticeably, against the major currencies as well as against emerging market currencies. The Swiss franc is highly valued, and the situation on the foreign exchange market is still fragile. The negative interest rate and the SNB’s willingness to intervene in the foreign exchange market as necessary remain essential in order to keep the attractiveness of Swiss franc investments low and thus ease pressure on the currency. The new conditional inflation forecast suggests that inflation up to the beginning of 2019 will be higher than predicted in June due to a slight rise in domestic inflation. From the second quarter of 2019, the new conditional forecast lies below the June forecast as a result of the appreciation in the Swiss franc. For 2018, the SNB continues to anticipate inflation of 0.9%, while the inflation forecast of 0.8% for 2019 is 0.1 percentage points lower than projected at the last assessment. For 2020, the SNB expects to see inflation of 1.2%, compared with the 1.6% forecast in the last quarter. The conditional inflation forecast is based on the assumption that the three-month Libor remains at –0.75% over the entire forecast horizon.Overall, global economic growth was solid in the second quarter. In the advanced economies, utilisation of production capacity continued to improve and employment figures once again rose. In the emerging economies, too, economic momentum remained generally robust. International goods trade nonetheless slowed somewhat.
Zurich, 20 September 2018Press releasePage2/3Economic signals for the coming months remain favourable. Supported by ongoing expansionary monetary policy in the advanced economies and improved labour markets, the global economy is likely to continue to grow. However, following strong growth in the previous quarters, the pace is expected to slow slightly. To date, the crises of confidence in Turkey and Argentina have not materially impacted the global economic outlook. The risks to this positive baseline scenario are more to the downside. Chief among them are political uncertainties in some countries as well as potential international tensions and protectionist tendencies. Switzerland’s economy has continued to recover. The revised GDP figures for recent years reveal stronger growth momentum than was originally reported. In the second quarter 2018, GDP once again grew faster than estimated potential output, at an annualised rate of 2.9%. The positive development in the first half of the year was, however, partly due to special factors. Overall, utilisation of total production capacity has improved further, and unemployment has also continued to decline over recent months.Leading indicators suggest that the economic outlook remains favourable. Some loss of momentum is expected, however, due to a slight slowdown in global growth and the dampening effect of recent Swiss franc appreciation. The SNB now anticipates GDP growth of between 2.5% and 3% for the current year and a further slight fall in unemployment. The stronger growth forecast is attributable to the upward revision for the previous quarters. Imbalances on the mortgage and real estate markets persist. Both mortgage lending and prices for single-family homes and privately owned apartments continued to rise at a moderate rate over recent quarters. Although prices in the residential investment property segment have stabilised, there is the risk of a correction due to strong price increases in recent years and growing vacancy rates. The SNB will continue to monitor developments on the mortgage and real estate markets closely, and will regularly reassess the need for an adjustment of the counter cyclical capital buffer.
Full statement and forecasts
Ryan Littlestone
Psychedelic chartist extraordinaire. Have your shades ready.
Philosophy: “Don’t be a Dick for a tick”