Is GBP going to slip or might it be the USD? Or both? 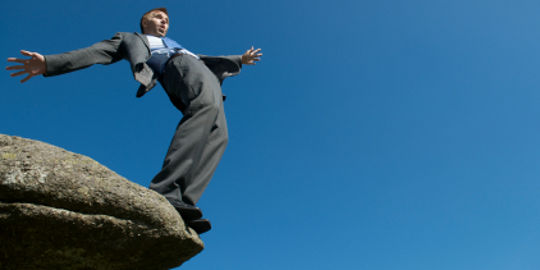 Brexit, that’s it, last time I wrote this word this week. It took up 90% of all attention, rightfully so of course when two such world famous wedding partners are settling their messy divorce. GBP lost it as UK politicians tried by all means to put spanners into the divorce draft work of which you can find all details on our home page as it happened for your sleepless nights reading. PM May finally took the reins in hand, a brave woman I must say and perseverant, will negotiate herself what all UK’s establishment finds the worse deal ever, but none of them coming forward with a plausible alternative.  We’re by no means out of the woods yet at home either. PM May could still get ousted, we’ll be submerged by waves of shouting over the weekend and next week.
Fact :GBP closes the week weak. Dreams of the big rally as a deal got struck have to wait and probably scaled back quite a bit as it becomes clear that even if a deal gets voted, in current or renegotiated terms, EU is not going to let UK off , on the contrary I would say. Any changes to the draft in favour of UK  in regards to the backstop, will be met by compensations, I’m thinking about fishing, services etc. That’s what I reckon the market is now getting aware of by buying EURGBP. I could see this broadly continue with the usual headline algo driven setbacks regardless what happens to GBPUSD.

Which brings us to USD. Powell, Kaplan and finally Clarida started to change tone somewhat. It didn’t need more than a ” global slowing” and “closer to neutral” and  later a “possible but no but maybe in future” deal with China to make the mighty USD roll over. EUR was bid due to EURGBP, but all of a sudden accelerated. AUDUSD got the lift it deserved after the better data to finally tackle 0.7300/15. NZD , well it’s NZD, it’s just strong and pisses most of us off as we’re not big fans of that milk and Xmas trees’ country currency.
USDCHF plunged back below parity from 1.01 yesterday. Even cable rallied back at some stage. CAD is still somewhat struggling with oil prices and USMCA jitters but managed to catch the bid it deserves. Same as the MXN, which ignored the rate rise but not the USD weaker tone.
ZAR was the biggest winner of the past 48hrs, shrugging off weaker data and now seemingly liking the landowner’s pact rather than hating it a few months back.
Finally USDJPY started to show a small crack yesterday, then finally broke 113.20/30 to dive another 60 pips rather quickly when the Fed boys showed some sweat on their forefront. It found a bottom on the better US-China relationship outlook(or yes or not or until Trump tweets it into oblivion who knows) as the risk/JPY crosses came better bid but still closes sub 113, which is now the first hurdle already.

I and we in our room are thinking there may be something brewing for the USD. Most of us are short one or more USD pairs.Levels get broken and where so far FX followed stocks and bonds and watched and got led by the nose by the politic pingpong, it took the lead today. Last year similar happened in November. Now we just start from different levels understandably , we have a number of US rate hikes behind us and for sure some more to come, just maybe not as many. Next week will be an important one for the USD imo. Hold the breaks to go further down or proving this was just a mirage.

Weekend risk then: UK politics of course needless to elaborate. Then there’s an APEC going on in Papua New Guinea where a plethora of country heads or their deputies are present. China Xi and US pence not in the least. I’m not expecting any official meeting between those two, risking to put the G20 between Trump and XI in jeopardy but we cant’ exclude some fine lines at some time come Sunday. Don’t forget a simple “thumbs up” sent a certain cable flying earlier this week.

Anyway rest me to thank you all for your input, congratulating our team and fellow traders in the room, it was an absolute cracker this week. besides a few hickups (we’re only human after all) we nailed most of the bigger trades there were to have this week.
Have a restful and above all peaceful weekend, do funny things with those you love. we see each other back on Sunday night for another week in Adventureland.