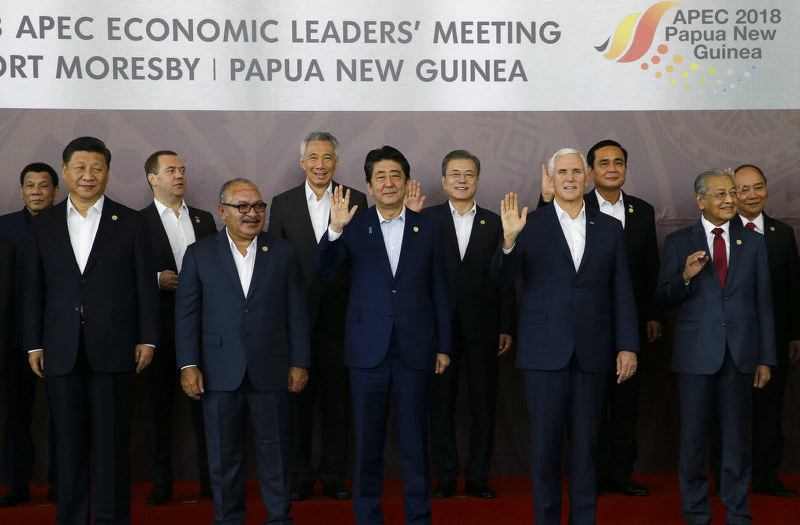 Good evening, morning all, hope you had a relaxing weekend.

Brexit was of course on the front pages, we still don’t know whether the threshold number for the vote of confidence has been reached in the meantime. GBP opens relatively stable. In Germany business leaders call for a soft Brexit. This week should, once more (sigh) be crucial.

But as an FX mover, the APEC meeting in PNG stole the weekend show.
Pence and Xi went into a verbal confrontation, well especially the first one, with the result APEC failed to agree on a communique.
That puts pressure on the antipodeans at the open, but equally raises the question whether it puts the G20 Trump-Xi meeting in a different spot light or rather Pence’s VP status? I personally haven’t seen any official US reaction yet to Pence’s speech, is it a silent endorsement?

The rest of the weekend press hasn’t really seen any FX movers, unless maybe for the MNX, where Obrador want to give his people more say in the local policy decisions. So far MXN hasn’t reacted but investors will be on the edge.

Ready for another exciting week. EU will make a decision on Italy’s budget, more Brexit, more US-China trade, Russia visits Turkey. Saudi king Salman makes his annual speech on Tuesday, which in today’s context, may get a bit more attention than usual.On the data front we’ll have Japan’ CPI and German GDP, EU PMI’s in the second part of the week.

Here are the opening rates. Bear in mind liquidity is a concept at this time of night/day, things can change rapidly.
Have another good week in our company!