The ten days dive into the unknown. 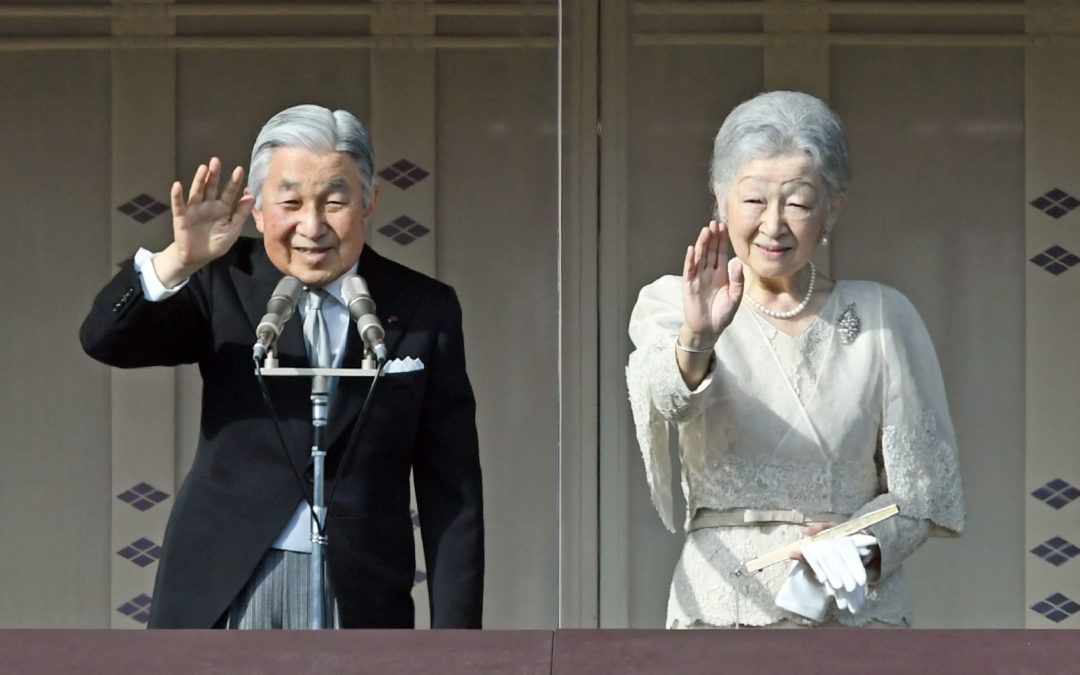 A Japanese Emperor change is coming.

I needed to read this FT article a few times to make sure I got it right. Japan will virtually be out for TEN DAYS when Emperor Akihito will abdicate and be replaced by his son Naruhito. From 27th April ongoing, that’s a month away, no government services will run. Most businesses will be closed, bank employees will be on forced holidays and more importantly BOJ-NET, the JGB payment system between banks and cross-border transactions, WILL NOT RUN….
Japan really doesn’t do things like any other country.

Banks and financial institutions and regulators know about this change from 2016, when Emperor Akihito announced his intend to step down for fitness and health reasons. The date of abdication is known from December 2017. And yet, reading the banks’ comments, they seem to just not know what’s going to happen. They fear computer bugs and failures, payments will be delayed and pile up, new banknotes will need to be printed as the year counting system will enter a new era, where the name will only be made public after Naruhito becomes the new Emperor on April 1st.

It’s a big event, no doubt, which deserves the needed ceremonies and grandeur. I respect that, Japan being a bit my second home country, but how come the financial institutions of the 3rd biggest economy in the world, don’t seem better prepared for the occasion?
Where international banks have offices in the main financial hubs, they will be able to run operations 24 hours a day, that’s not a big issue.
But how about the regional ones, Japanese brokers handling Mrs Watanabe’s money? And what about the BOJ? There’s nothing in their 2019-2023 strategic plan in regards to this major change. In fact I haven’t seen anything at all on their website referring to it.

What worries me and all you traders should too is that we’re diving into unknown territory in regards to what’s going to happen with the JPY in the financial markets over such a long time span. It leaves me with a number of questions for which we all should prepare ourselves well in time.

-First value dates :We know about New Year, Golden Week, Obon holidays where transactions are settled a few days further out. Check with your broker in advance what the value dates will be. I’ve seen a few calendars are starting to take up those holidays but not all. It’s important for all of us who tend to hold overnight positions. In theory there will be a jump from value Friday 26th April to Wednesday 8th May. If you pay/receive swap/forward pips, that could result in a difference of more than 10 pips discount on your USDJPY position for instance. Unless they find a day to settle in between, be careful what you will hold onto then in JPY and against which currency.

-Next liquidity and market access: We know what happened when TRY blew out of the window last. Certain brokers just stopped providing rates. We also know what happened during the last flash crash on the night of the 2nd January this year. JPY pairs collapsed several percent in the matter of minutes. That was also during the last day of the Japanese New Year holidays. It’s a case of trying to find out from your brokers and financial institutions to see what their plans are, especially if one uses Japanese based brokers, but not only. If as per article, the banks themselves worry a Y2K style bugs, we should be worried too.
I’d love to see BOJ come out with a statement saying they will be actively monitoring the markets, ready to stabilise things if needed soon. Don’t wait for the last minute to prepare yourself so not to be taken by surprise by abrupt moves or if worse comes to worse, standing in front of a closed door not being able to close positions.

-Finally markets: What’s going to drive JPY in the run up into this period? Well first we still have Japan’s fiscal yearend upon us in the coming week. Then the new investment year will start. Some Japanese money managers have said they would increase their unhedged foreign investments, which in theory should be JPY negative. But the latest drive lower in global yields, especially the USD and EUR, the two main investment vehicles for Japanese accounts may command them to be more cautious. But more specifically into the end of April’s Emperor change, are we going to see any repatriation or increased hedging from the asset manager community to prepare for the event? It could cause a period of increased volume, possibly JPY positive if they’re worried about turbulences although for the most part of Japan Inc it’s not a shortage of cash that’s a problem as such but maybe a protection of investments. I trust we will hear or read from the major institutions by then. But as I keep repeating in our trading room and when I’m helping new traders in addressing the markets: prepare yourself and stand ready for the unexpected!

I’m usually not an overly worried or stressed guy, having experienced 30+ years of any kind of market situation, but the 27th April until 7th May period is making me nervous. It’s not too early to prepare for the event by making sure how your liquidity providers will handle this, by reading the press, banks’ and brokers’ updates.

As usual at ForexFlow will we scrutinising the horizon for any fresh information, hopefully reassuring, bring it to you and guide you through the tides of the markets. Give us a shout if you have good info or concerns or even better join us as this and many more market issues are constantly discussed and traded upon in our forum.

In the meantime love and peace this weekend.
Stay safe and happy hunting .