Self analysis – An important and often overlooked aspect to our trading 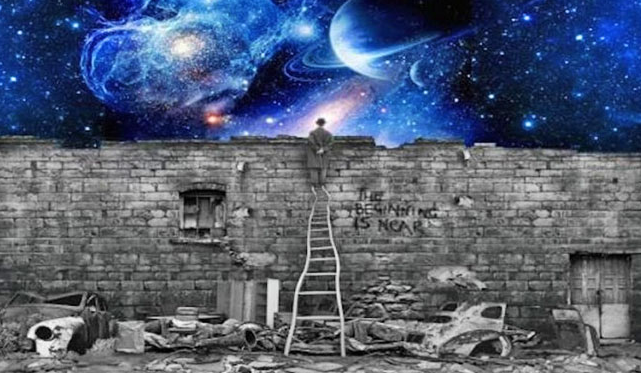 Wishing not to state the obvious I’m convinced that it is worth the time to at least attempt a smidgen of self analysis before you embark on your trading career. To revisit your initial goals from time to time and develop a personal trading psychology, whether you are a full or part time market participant.

When I began my journey into trading I had a pretty good idea of who I was ( including baggage ). but not much of an inkling to my strengths and weaknesses when applying myself in a trading context. I’ve shifted from a longer term trader when I didn’t have so much time during the day to watch markets, to Scalper / shorter term intraday trader on the look out for those rarer medium term opportunities to add to my trade book .

Almost everything I did and believed when I started has been poked, pulled apart and deconstructed. It’s almost as if I’m a different person when I look back on my mind-set at the time I began to trade as that fresh faced innocent newbie …………….maybe not so fresh in the face and innocent, but please indulge me in my vivid imagination 😉

One of my American friends is a very good Poker player and flies in and out of Macau for competitive events on the less expensive tables. He makes a good living and tells me that the best players are not the ones fortunate enough to be able to play / invited to the high stakes games. According to him some of the best players can be found making a living and not ever being recognised. Puts me in mind of us humble retail Forex traders who have to far exceed the average the big banks and hedgies annualize for their clients, unless we are trading multi million dollar accounts ourselves or trade part time and can live adequately with low percentage returns.

What does all  this have to do with trading ? …………..  I think we can draw some fascinating parallels and it’s all down to mind-set. My poker player friend has learned to play the game within the game. Another 5 years and he’s finished  (so he tells me ). He saves his money and bought a nice house for cash. Now he’s playing for a good pension and a condo somewhere hot. He’s figured out that he’s far more successful working the tables for 1 week a month and relaxing and enjoying life away from them, rather than staying at the casino with all the temptations to change his strategy. He has a fixed idea of what he wants from the game and can generally reach his target within a week to 10 days and resists the urge to ‘over play’.  –  He’s a market scalper playing the long game and not interested in looking for that one big event that could keep him and his wife in comfort for the rest of their lives,- as the consequences of losing would eat into their plan, not to mention their finances. He often tells me that he can hold his own with the high rollers and I have no doubt he could . Simply because his mental attitude is excellent. He has a plan, sticks to it and recognises the risks.

So if sometime in the future you meet a bored 5’10’ Texan gentleman living in a nice beach apartment condo down in Mexico sporting one of those bushy drooping mustaches – and he asks you to join some friends at a table for a hand of poker ……………….You have been warned in advance   😉

I make no apologies for mixing the gambler tag of poker with the kind of market trading that we do. This isn’t a job that the majority of us commute to. We do not have to be at our desks at a given time, have a set period for lunch and then ride the wagons for the commute home knowing how much we will have earned by the end of the month…………We are still gambling with our future prosperity just as much as the poker player .

Each one of us traders makes his or her own rules and that’s what makes it so dangerous and wonderful in equal measure.

I’ve taken some flack in the past for describing a ‘gut feel’  that traders develop over time. The good ones have an uncanny ability to process news, data,fundamentals and technicals and trade on instinct or impulse. As you can tell I’m still struggling to find the words to best describe this – Call it an ingredient X that only comes with long hours spent in front of the screens, leading to years honing their craft and immersing themselves in the quest to become successful, – Taking no shortcuts.

This is why it is so important to analyze ourselves, as we are all different. Some trade smaller accounts for high stakes and leverage up. Others play more of a long game. I can honestly say that I didn’t really know myself before I began trading for a living, at least not in the way I thought I did. I’ve slowly become more aware of my own personal strengths and weaknesses and worked hard on eradicating bad habits. I’ve settled on a few effective strategies that fit with the hours that I wish to work, along with a reasonable target for my monthly market earnings  …………..Yet most importantly of all, I have developed a much more fluid and less regimented approach towards the way I choose to live my life.

So next time you lose a trade ….or a hand of Poker. —  Analyze it, keep notes, mental and written, and don’t be afraid to tweak your own personal strategy and expectations along the way until you find one that fits you personally.  Come to understand that some losses are unavoidable..……….. Come to realise that those losing trades should never harm you too much if you are playing your game correctly .